After the dry theory we now join reality and take a look at the monitor more closely. 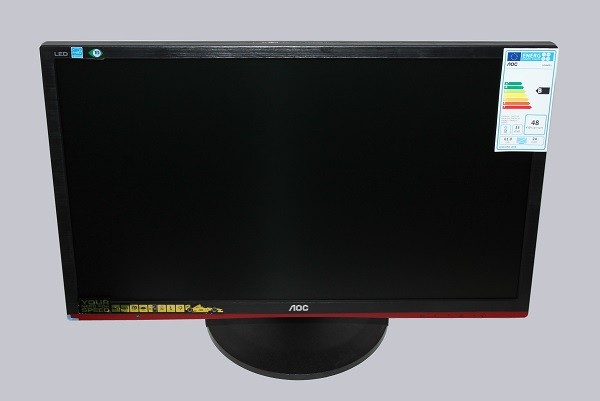 The monitor can be adjusted within the range of 130 mm in height. 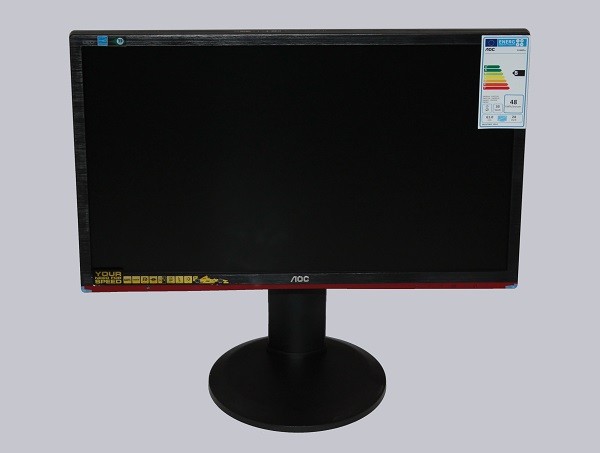 In addition to various stickers we see at the bottom a red design element. This includes on the right side some icons that are used to adjust the monitor. 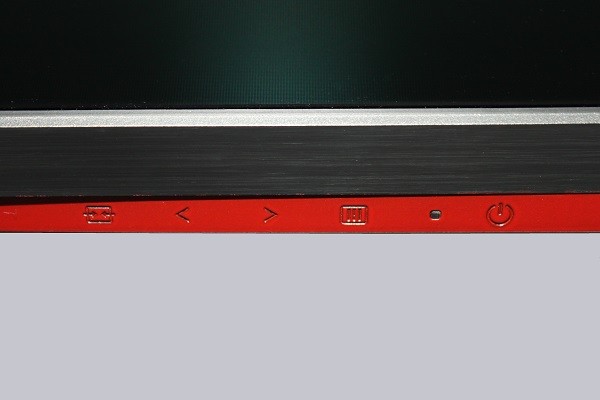 But they are, however, no touch-sensitive buttons. Build in solid push buttons perform this function. Unfortunately, from this point of view is also the bad painting of the red stripe and the symbols recognizable. Here they should have done that a little more professional. 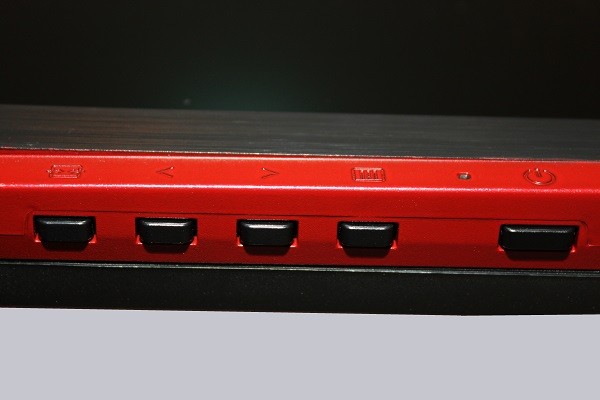 On the left side there is, next to the sticker that shows again the most important functions, a small lens. This does not represent a webcam, but a brightness sensor. The function of this sensor we will explain later. 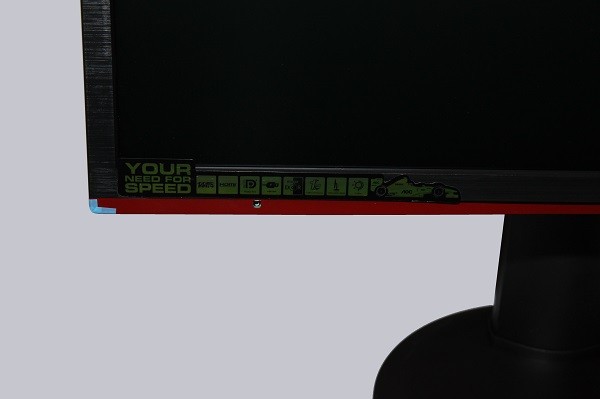 Let us take a look at the side of the AOC G2460PQU/BR. The monitor has the capability that the tilt angle can be adjusted between +22° and … 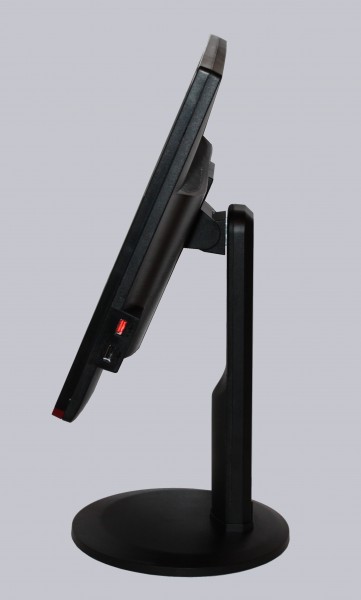 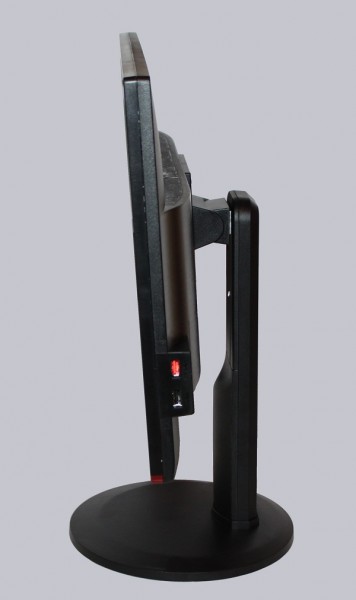 At the side there are also two of the four built-in USB 2.0 connectors. AOC has chosen the nonstandard red USB connector, to mark the power only USB port e.g. to charge devices (like smartphone). 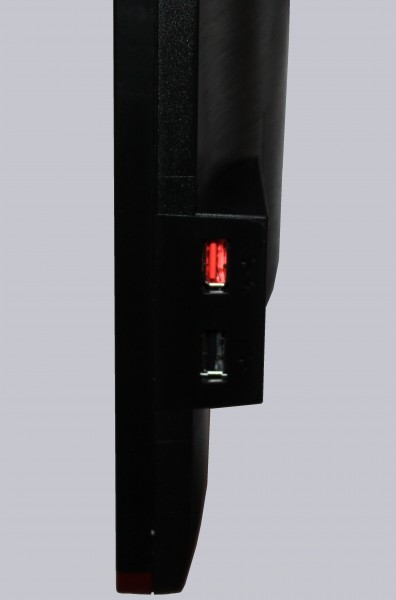 Another special feature is the turntable on which the AOC G2460PQU/BR is mounted. This is able to rotate the device in the range of 360°, unless permitted by the wiring. These can be held in position by the supplied cable holder. 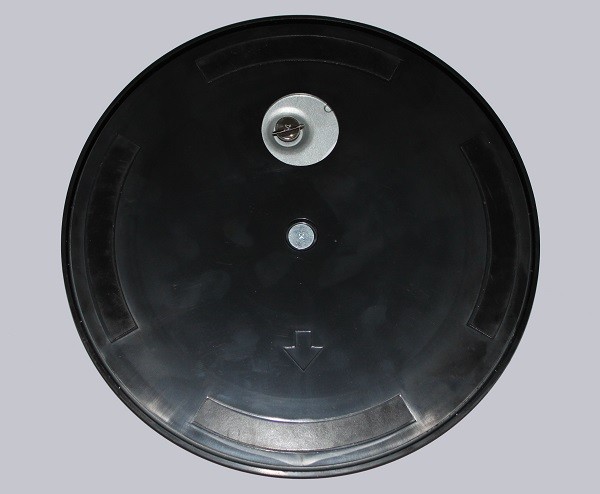 Now we come the backside of the AOC G2460PQU/BR. 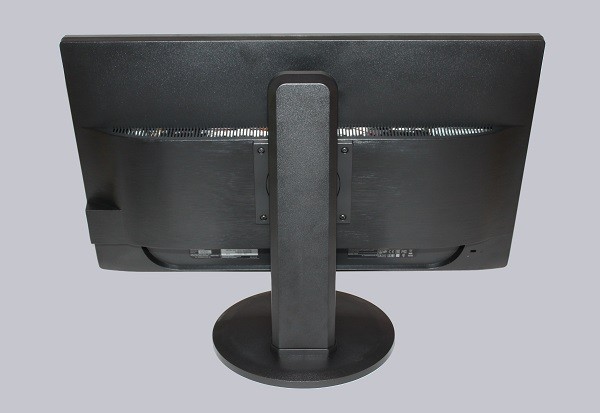 Here we see the arm, which is attached with standard VESA holder to the device. Furthermore, we can see the generous air vents which the monitor due to the LED technology and low energy consumption might not really need. On the bottom left side, the connection panel is located. Here you can find the power supply connection, the USB connectors and the On / Off switch, which reduces the standby 0.22 watts when turned off to zero.

On the lower right side there are the four possible video inputs (DisplayPort, VGA, DVI and HDMI), a speaker input and a headset audio jack. In the lower right corner the Kensington Lock can be seen. You can, for example, attach your monitor at a LAN party to the table or other things.

At this point you should already have gained an impression of the external values of the AOC G2460PQU/BR monitor. Whether and how the monitor proposes in operation, we will determine in the practical test.