For 20 years now, there has been at least one April Fool’s joke on OCinside.de every year, but this year, unfortunately, everything is different. Of course we have thought about a Covid-19 virus scanner for the PC or a Corona Tester kit with only a few components or toilet paper for printing by yourself, but we don’t want to cause confusion during this time and will do without our April Fool’s joke this year. We would rather like to help … END_OF_DOCUMENT_TOKEN_TO_BE_REPLACED

Overclockers, watch out! Recently we have shown on OCinside.de how to tweak with liquid metal PC and notebook, but today we show an even simpler method. We explain in the following tutorial how you can overclock your CPU in the egg boiler and even repair a defective CPU! There is only one catch, because the already very high demand for egg cookers at Easter could drive up the prices for the magic devices even higher. Edit 2nd April 2019 – … END_OF_DOCUMENT_TOKEN_TO_BE_REPLACED

Many have certainly heard of the processor bug Meltdown and Spectre, because it has already been in the press for weeks. Not a bug is the Earth Hour shutdown, which will be integrated into AMD and Intel processors via microcode update in the future. To do its part in climate protection, the CPU is switched off once a year in April for one hour! It doesn’t matter if you’re in the middle of a gaming battle or making an online … END_OF_DOCUMENT_TOKEN_TO_BE_REPLACED

The EU saving madness continues! After light bulbs prohibition and 2-slot toaster prohibition now CPU coolers have to be expensively upgraded! On the basis of the latest eco-design-2017/0104/EC all CPU coolers must have a sense starting next year according to the EU Commission. No CPU cooler should fry more useless energy and what is there closer to put a frying pan on the cooler? We have two new Noctua cooler models looked at, the NH D15BP frying pan cooler and … END_OF_DOCUMENT_TOKEN_TO_BE_REPLACED

AMD currently doesn’t show CPU innovations ? You’re wrong ! According to rumors the new AMD A11 8800 processor is build with four integrated nano fans. We show first pictures today on OCinside.de, but you should watch necessarily today. Edit 02.04.2016 – Yes, it’s only an April fool.

The discovery of the year! Scotch tape as a storage medium was discovered a few years ago, but today certainly even the Fraunhofer Institute is amazed, because on OCinside.de published a guide, how to use plastic wrap, salt and pencil to build an energy-efficient, highly flexible display with extreme versatility! You should not miss the sodium chloride crystal display guide – short SCD. Edit 02.04.2015 – Yes, it was just an April Fools joke, but may be it is possible … END_OF_DOCUMENT_TOKEN_TO_BE_REPLACED 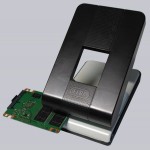 After the well-known interactive painting guides, interactive product ID guides and further interesting and meaningful Tools to overclock the processors, today the break-through for the simplest overclocking of current CPUs succeeded. Because so far it was completely unclear, that in fact all AMD Athlon 64 processors actually have an identical core, which is set industrial to the respective speed by a special Burn in procedure. This absolutely new discovery makes itself the interactive online overclocking tool of ocinside.de to use, … END_OF_DOCUMENT_TOKEN_TO_BE_REPLACED

You don’t see this each day but i think it’s worth to spend a view 🙂 Here’s a mainboard in oil: Here’s no place for pizza: One 12cm pipe sucks cool air from outside and another one is blowing outside: If you’ve a funny PC please mail me your photo. Discuss in our forum … 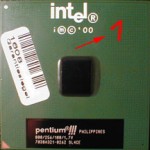 It is finished, now AMD is perhaps again go down the drain and Intel could quickly the hearts of overclockers conquer !!! A resourceful Finn has the seemingly impossible found out what thousands already overclockers turn are desperate! The solution of the problem but so close and for each Intel FCPGA user to easily perform and Other designs are already working feverishly. First a brief explanation of how Intel changed the Multi: The multiplier of Intel Pentium III Intel is … END_OF_DOCUMENT_TOKEN_TO_BE_REPLACED