The ASRock Radeon RX 5700 Challenger D 8G OC has been tested on the following systems: 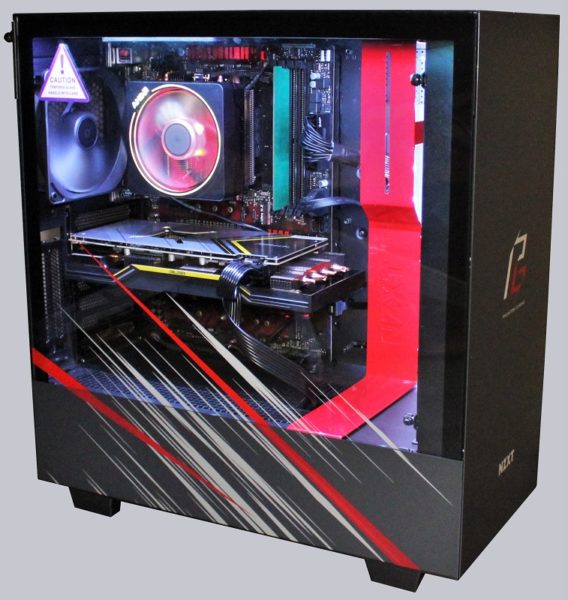 We start straight away and collect reference values in the default setting using the Unigine Heaven benchmark and achieve 2358 points. 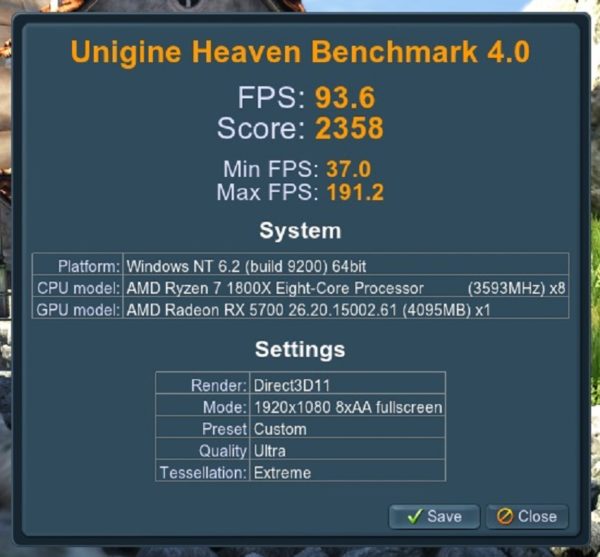 We achieved 4375 points in the more modern Super Position benchmark. 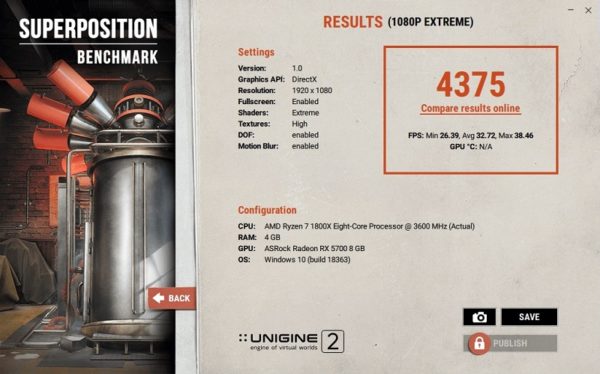 It continues with the 3DMark Firestrike Extreme. Here the default mode gives us 10444 points. 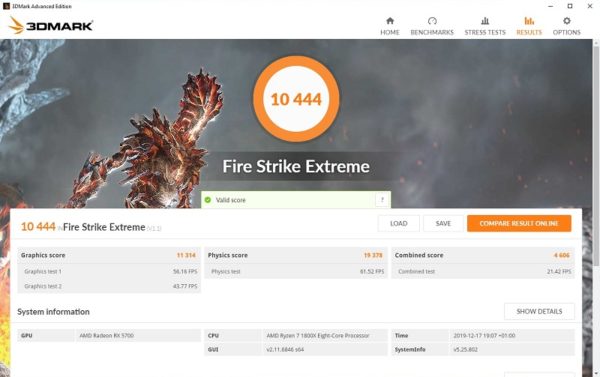 The fourth discipline is the 3DMark Timespy, where we reach 7796 points. 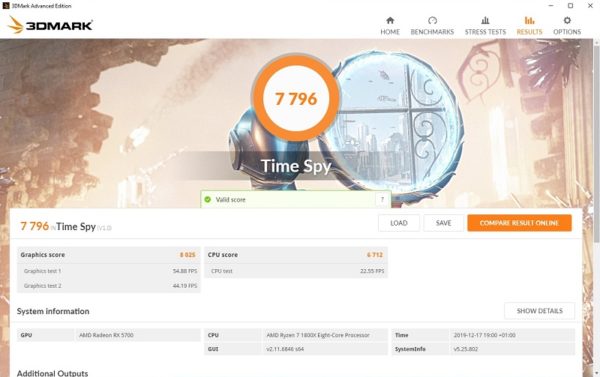 Now we have reference values with the values of the default mode, with which we can compare the other modes. In addition, we also noted the maximum measured temperatures (GPU / hotspot).

After this first round, disillusionment spreads because the 3 modes hardly seem to differ. Only the Timespy benchmark shows a little more clearly, all other benchmarks are on the same level apart from minimal fluctuations. It is the same with the temperatures.

However, we are not unsettled and explore the maximum possible via user mode … there must be a noticeable difference here to be benchmarked ?! However, we do not need to test a lot, because ASRock chose the maximum values relatively carefully, so that in the end we have all controls at maximum. Under load this results in approx. 1800MHz GPU clock, 3720MHz RAM clock with 20% increased power limit. 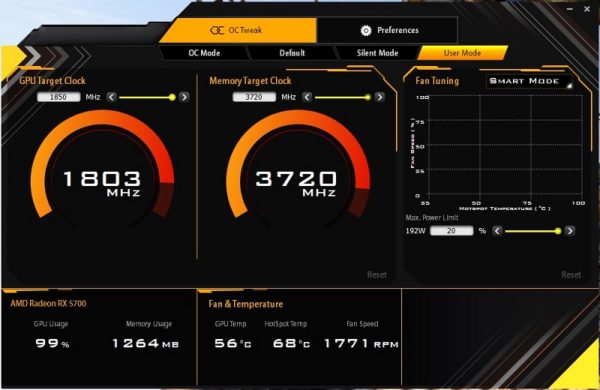 In the Heaven Benchmark we can gain a little and reach 2487 points. 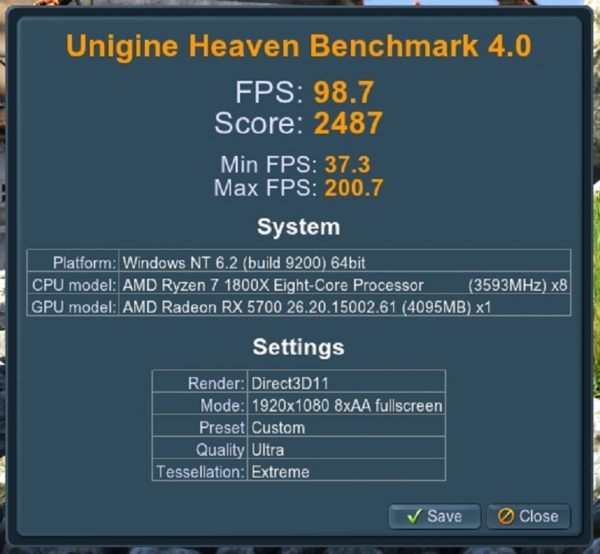 We achieved 4609 points in the super position benchmark. 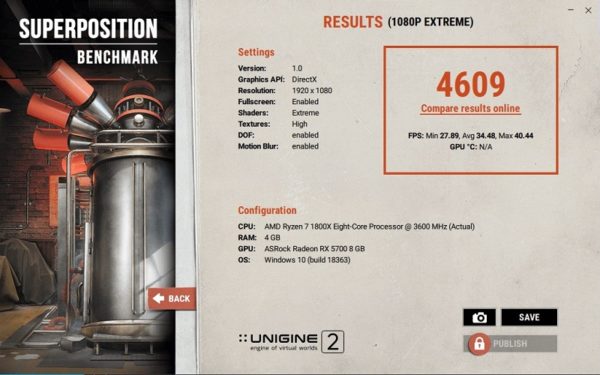 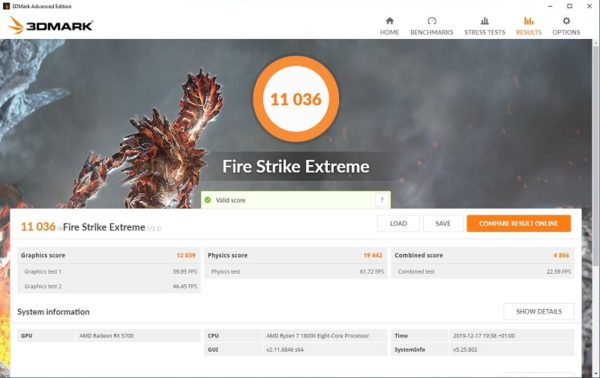 Finally the 3DMark Timespy again, where we reach 8209 points. 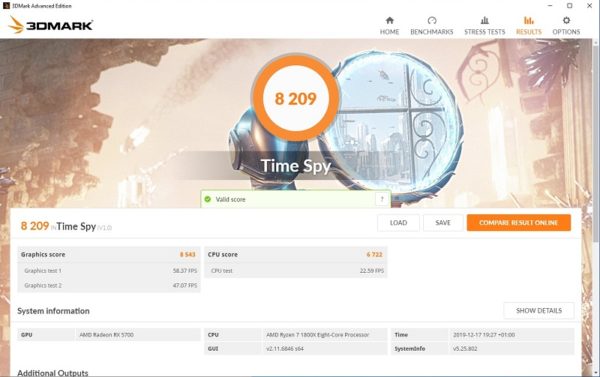 After this second round of benchmarks, we can still see notable increases

For direct comparison, here are the results again in tabular form:

We then did a third round and tested various atypical settings. Since the Timespy benchmark reacted most to changes, we only tested this one benchmark:

The results are quite interesting: The user mode with 100% fan speed this time has much better temperatures than the same settings with smart fan mode, but this does not change the speed of the graphics card. If we only overclock the RAM, we already achieve better values than that of the ASRock OC mode. Surprisingly, increasing the power limit does nothing at all, whereas RAM and GPU overclocking to the maximum values without increasing the power limit almost complicates benchmark results like in user mode.

In summary, we can say that the cooling or the smart mode of the fans can cool the graphics card sufficiently in every situation, there is no underclocking due to overheating and the resulting loss of performance. The RX 5700 benefits greatly from a higher RAM clock, it is a shame that ASRock limited the maximum at + 220MHz. Last but not least, the RX 5700 apparently benefits only moderately from an increased power limit.