Here is a Snipping screenshot of the CrystalDiskInfo 4.3.0a SSD and HDD information software, where one see immediately the alleged SSD condition, which was indicated as “bad 0%”.
The reason is the value E7 (SSD remaining life span), which is incorrect represented at our test sample: 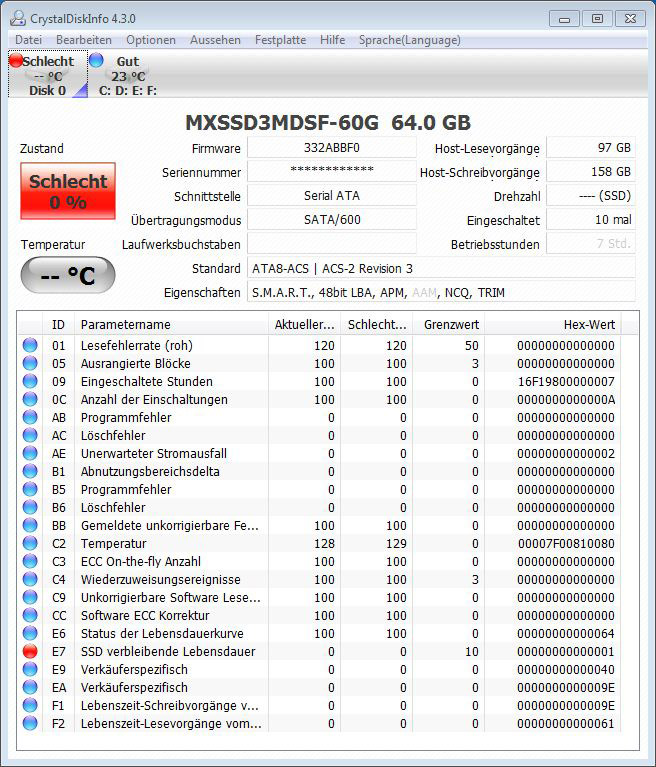 We update the firmware of the SSDs before we begin with the tests.
That is especially meaningful with the SSD with Sandforce 2281 controller, since there are performance improvements with newer firmware versions.
The SSD was delivered with the firmware version 3.30.
To the point of testing time, Mach Xtreme Technology offered the version 3.32, which we updated with the MX DS Field Updater.
The Firmware update software could be optimized some more, since the software does not indicate a continuously status.
So one does not know thus if the software is updating or not.
After the update there is a green symbol (see picture), but the old firmware version is still indicated: 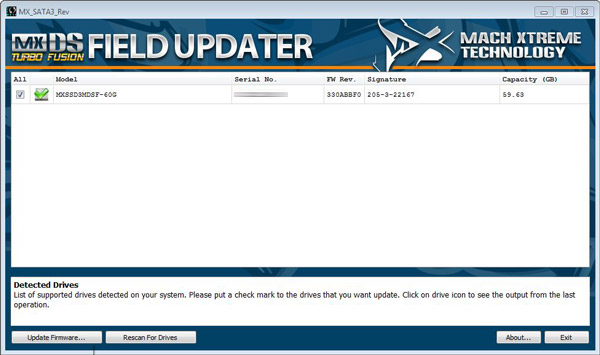 After a “Rescan For Drives” it showed the updated Firmware Version 3.32.