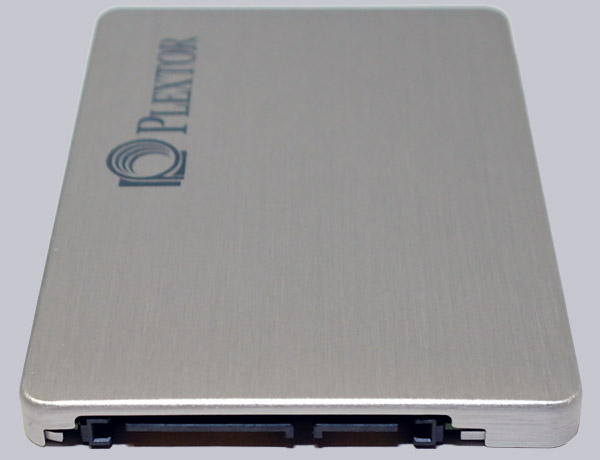 Many thanks for the support with the Plextor M5 Pro Xtreme 256GB 2.5″ SSD by the manufacturer Plextor.

Here you can order the Plextor M5 Pro Xtreme SSD.

The Plextor M5 Pro Xtreme SSD is supplied in this cardboard box which is already promising good values: 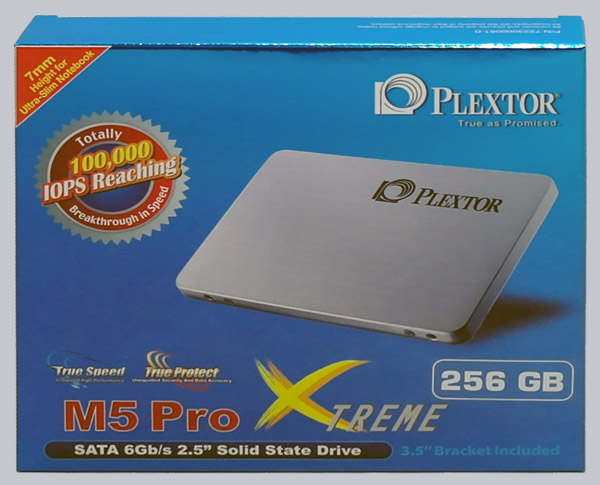 A first look into the small box shows that Plextor puts much emphasis on a high-quality content. The Plextor PX-256M5P M5 Pro Xtreme 2.5″ SSD is delivered together with a 3.5″ mounting frame, screws, installation guide and the warranty conditions. Also included is a serial number for “NTI SSD Solution Suite For Plextor”. The NTI SSD Solution Suite includes the “Backup Now EZ” backup software and the “Echo Cloning” software, which is very useful especially for the upgrade from a HDD to SSD. Here you can see the contents of the Plextor M5 Pro Xtreme 256 GB SSD: 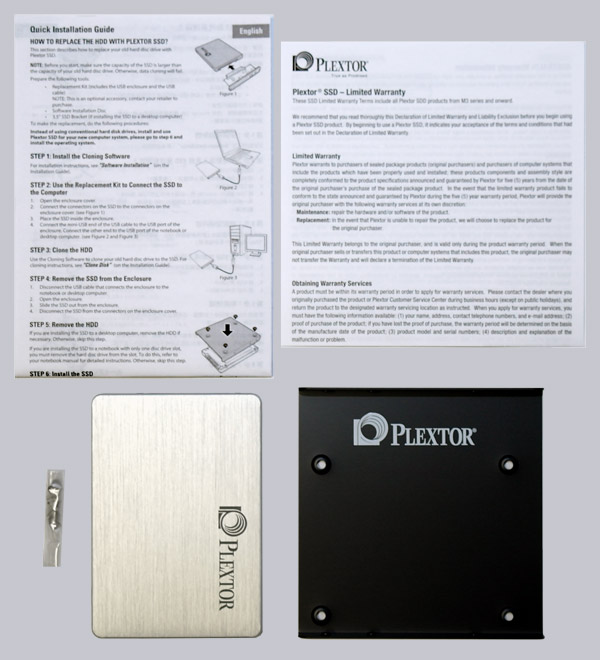 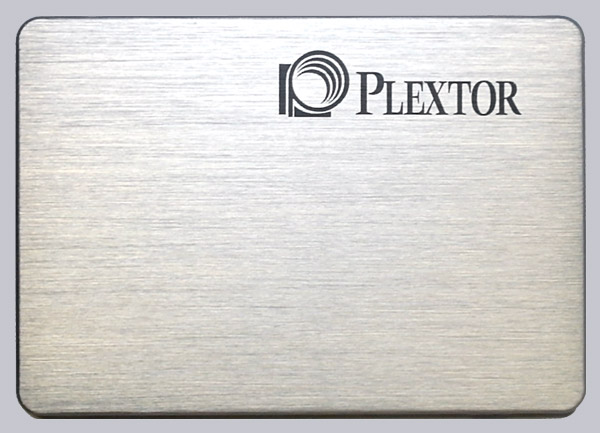 On the flipside you can see the label of the Plextor M5 Pro Xtreme SSD with some technical data and the pre-installed firmware version. You can also see the SATA3 connectorss for data and power on the left side. These connectors are identical to conventional SATA3 hard disks and these SATA3 SSDs can also operate with a slower speed at an SATA2 interface: 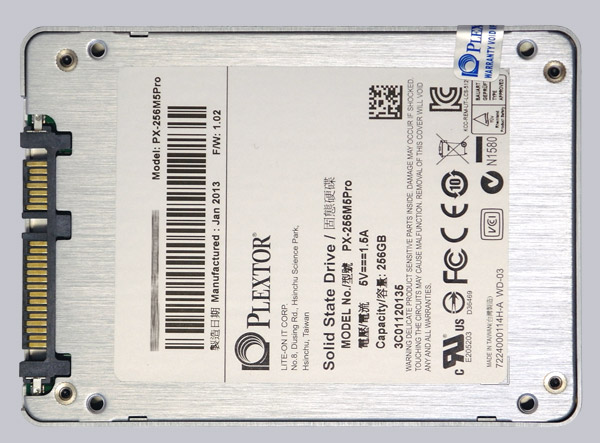 Here you can see eight out of a total of sixteen 19nm NAND modules of the SATA3 SSD with a total of 256 GB capacity, the 512MB cache module and the new Marwell 88SS9187-BLD2 controller IC. The SSD also provides a built-in 256-bit AES encryption: 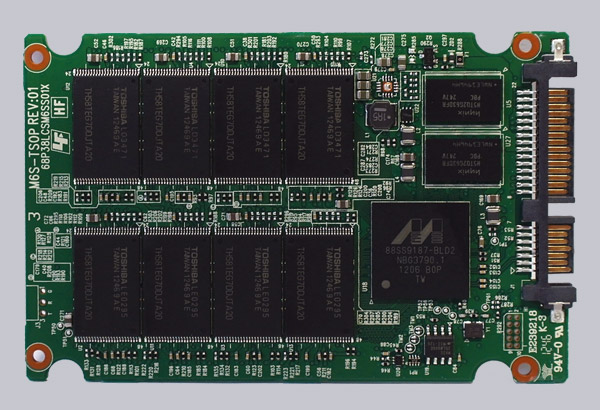 On the back of the circuit board, you can see the remaining eight NAND modules: 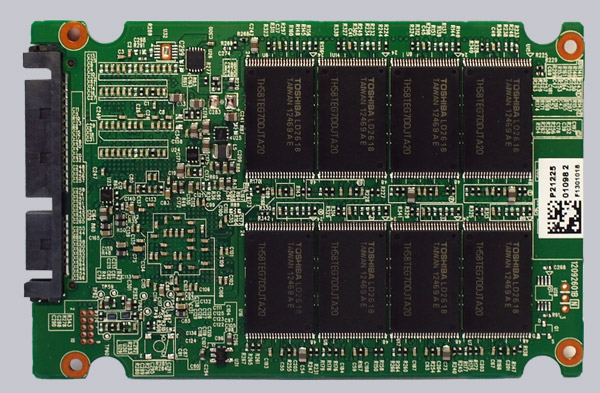 Another feature is the low construction height that is only 7 mm when compared to some other SSDs:

Here you can see again the Plextor SSD on the supplied 3,5-inch mounting frame: 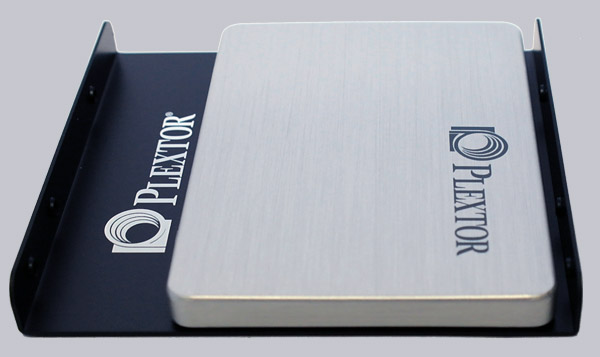