If you take a look at the card, it is clear that it must not only be a monster in size. 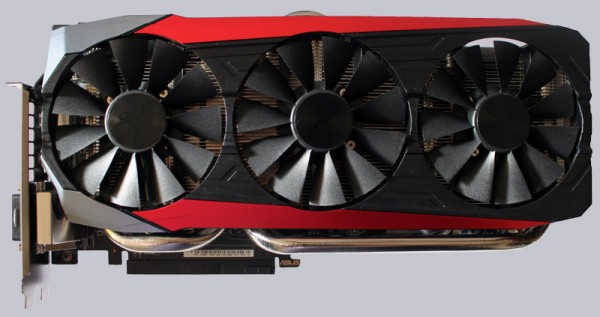 The large aluminum radiator is cooled by three 90mm fans. 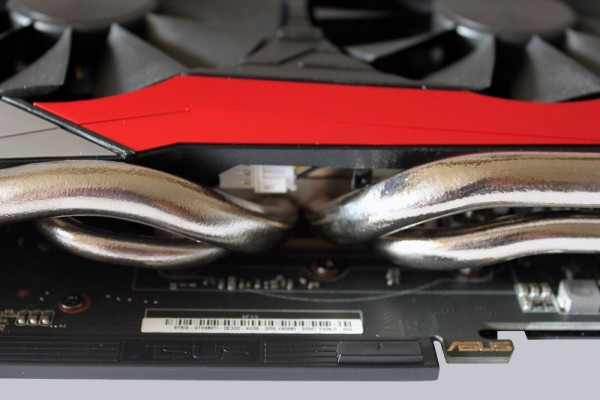 The Asus Strix 980 Ti OC Edition graphics card is connected via two 8-pin PCIex connectors. Above the sockets there are 4 LEDs that indicate the voltage supply of the card. If you put the card into the slot and do not connect the power supply, all four LEDs are red. Connecting the power, the LEDs will shine white. 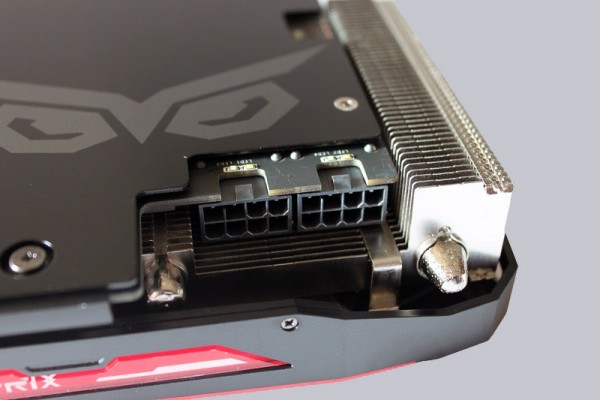 On the side of the card there is an illuminated Strix logo which can be controlled via Nvidia drivers. In standard mode, it’s pulsating. Below there is the the stabilizer mounted to prevent bending of the card.

If we turn the card over again and take a closer look at it. The is not much so see here. The entire back is a backplate that act as a stabilizer to reduce the board bending. At the point where the GPU is on the front, ASUS has mounted on the back an additional backplate, which additionally reduces mechanical stress.

Apart from the nameplate and the recesses for the transistors is nothing here to … wait … what’s this? A memory defroster? The DirectCU III cooler is not that good. This is a feature that Asus uses with their matrix series to keep the memory free of ice when using nitrogen cooling. Whether this feature is functional at the Strix 980ti OC Edition or not, we do not know. At least a little soldering is necessary in order to find this out. The right tool for that we will present in the upcoming test of the Hakko FX-888D soldering station. 😉 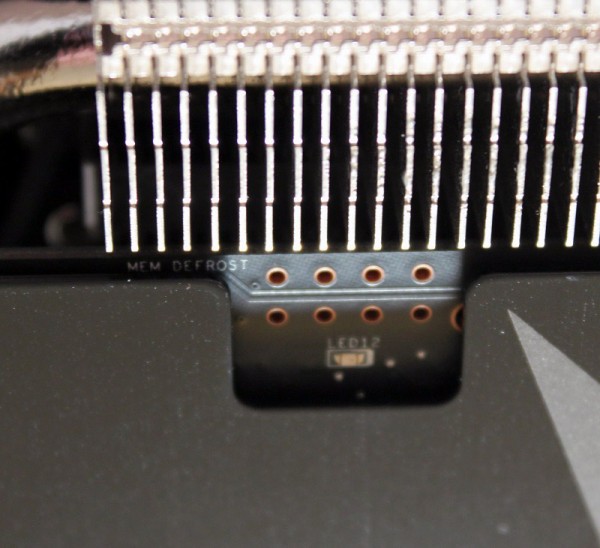 Let us finally take a look at the connection panel.

For quite some time the manufacturers stop to implement VGA ports on the graphics card. Now, however, it seems to be the same for the DVI output. Asus decided to follow the reference design and to implement only one DVI connection. But there are now three DisplayPort 1.2 ports and a HDMI 2.0 port on the bracket. It remains at the end to mention that the Asus Strix 980ti OC Edition graphics card has an enormous length of over 30 cm. This is likely to cause problems in many cases. Thus, one should be sure before buying this model, that it fits into his case. 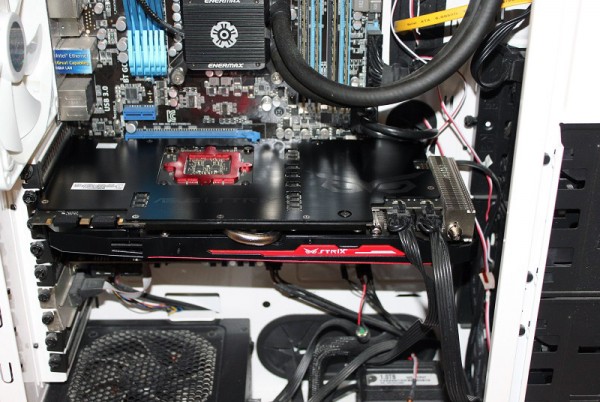 Now we continue with the supplied software, which is needed to unleash the overclocking capabilities of the graphics card. We have downloaded the latest version 1.1.4.0 of “GPUTweakII” program from the Asus support page and installed it. After the start, we immediately get an overview of all the “vital signs” of the graphics card. On the left and the main window all important voltages, temperatures, loads and speeds are displayed. 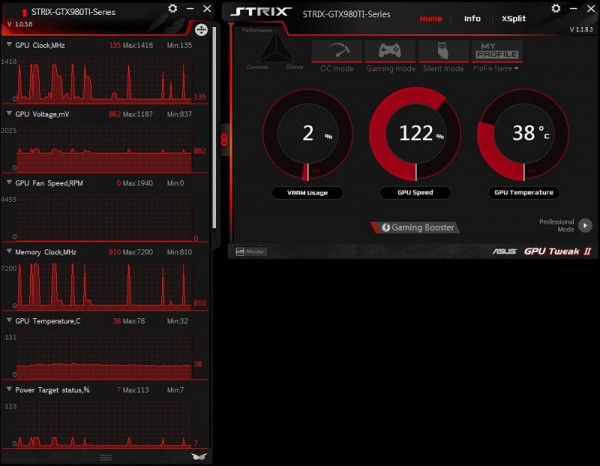 We also have, in the main window the option to choose between three pre-defined or own-defined profiles, and thus to change various settings. All relevant settings are located in the “Professional Mode”. In addition, the card can be trimmed with the gaming booster system, so that the maximum power for the game is available. The software has also quick access to the quality settings and can turn off all the processes that are not needed and defragment the main memory. 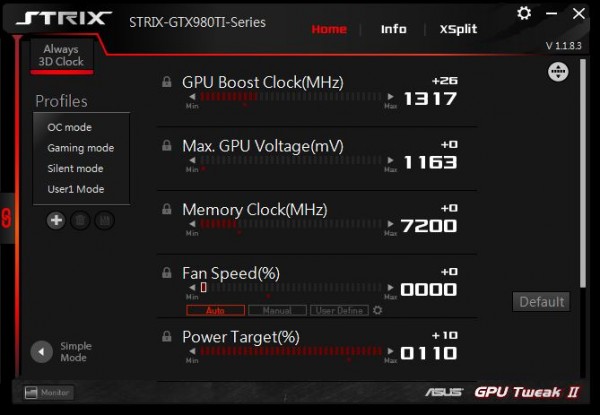 With the Button “Info” you can open a window similar to the software GPU-Z and can take a look at the specifications of the card as well as the Driver and BIOS Version. 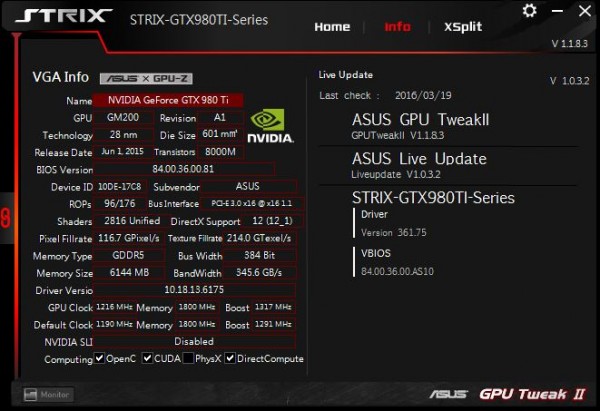 But now we come to the practical test, in which the card can show what it is capable of.