Doing things in a big way, is the motto. So we first tested the cooling system of the Asus Strix 980ti OC 6GB DirectCU III before going on with the benchmark. For this purpose we used the program FurMark, which loads the graphics card to their performance limits. In addition, we have selected “OC Mode” in the GPUTweakII software which has raised the GPU frequency to 1415 MHz, to our surprise. The target temperature is specified at 83°C and the power target is 110%. 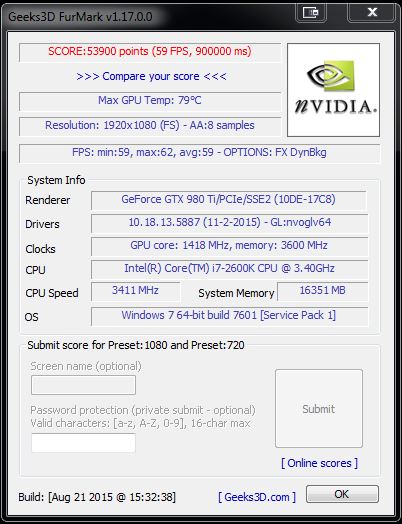 With a Full HD resolution, MSAA 8x and a duration of 15 minutes, the card reached a maximum temperature of 79°C and held the 1415 MHz constant. On average, we reached 59 FPS. There should be nothing in the way to perform a benchmark test with the 3DMark Professional 2015 software. Let’s start with the test “Ice Storm” which places the lowest demands on the hardware. Accordingly, the graphics card reached a very high value.

In the second test, the “Cloud Gate”, it looks a little different. Here, the graphics card is already very well used, but still achieve a very good value.

Then we have performed the “Fire Strike” test, which was normally designed for multi-GPU and overclocked systems. Here is the point where such high-performance graphics card as the Asus Strix GTX 980Ti already come to their limits. Nevertheless, the graphics card can prove with a very good value.

Overclocking in OC mode brings in this case, only a 180 points higher result and shows that the card is already operating relatively close to the limit.

After the tests, a look at the GPU TweakII software shows that the graphics card holds its power target and the tuned frequency during the benchmark at all times. This is not standard for all the other video cards of this type. 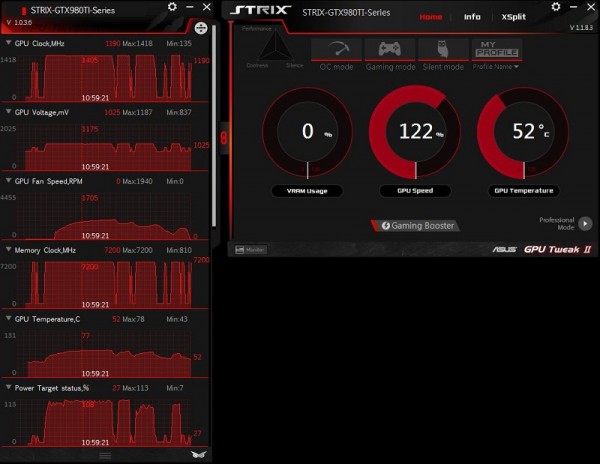 But also, or rather just in playing games the card can flex its muscles. The – if not playful, but quite graphically – challenging title Assasins Creed: Syndicate is a good example, that the graphics card makes even less optimized games reasonably playable. On land … 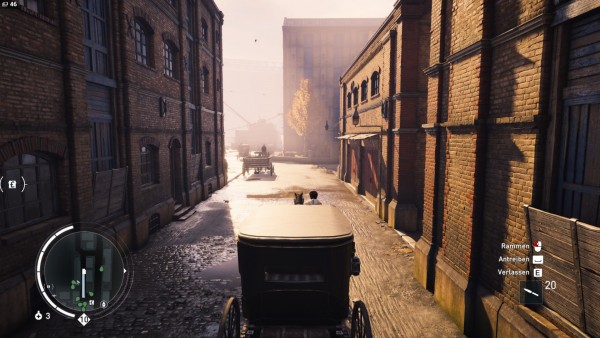 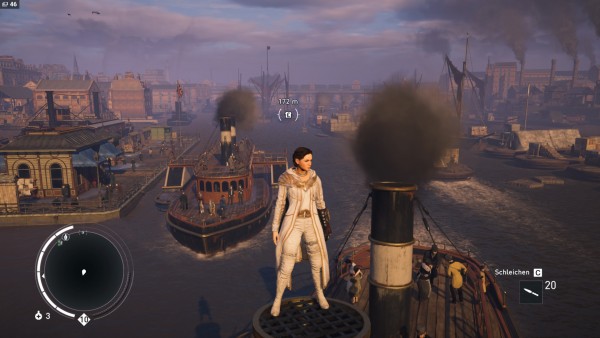 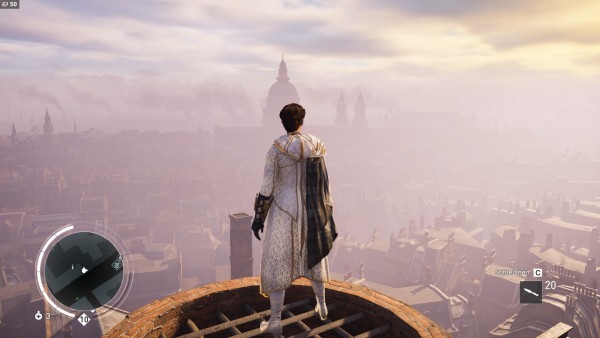 We can play at 45-50 FPS with all graphics settings set to maximum. You can not win FPS records with that, but it shows what the Asus Strix GTX 980Ti graphics card is capable of. For slightly older or current and better programmed games that FPS ran regularly into the G-Sync limit of 144 Hz (FPS) and thus ensure an absolutely smooth gaming experience.