Structure, Design and other features – the case exterior …

The BitFenix Colossus Venom chassis is also without the impressive lighting an eye-catcher and is well finished. Plastic was provided with a special Softtouch surface. The first HTC Smartphones was provided with a similar coating, in order to improve the grip traction. The Softouch coating feels nearly softly and shall e.g. protect the surface. 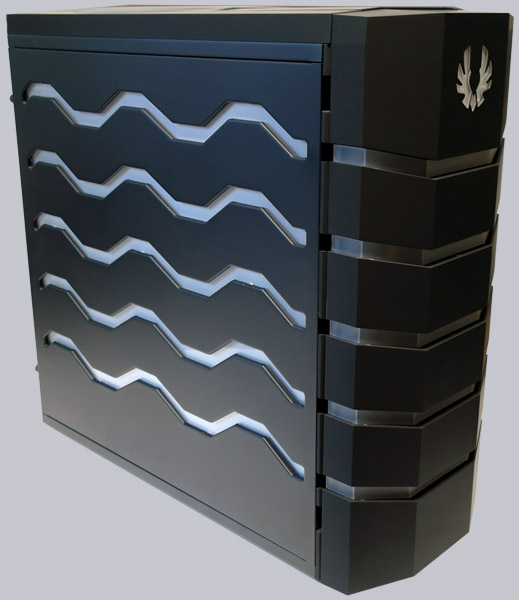 The enormously heavy BitFenix has zigzagged stripes, which are lit up with LEDs on the front and at both sides like the upper logo on the front door.

Both side panels are installed in each case with two plastic knurled thumbscrews, whereby there is unfortunately no grip tray at the back, in order to be able to remove the side panel more easily. The side panels are extremely heavy because of the special lighting, but we come to this point later again. By the large rubber feet, the housing stands very stable and with less vibrations on the ground. Here is a picture of the enclosure from the side, where one can see the stripes. 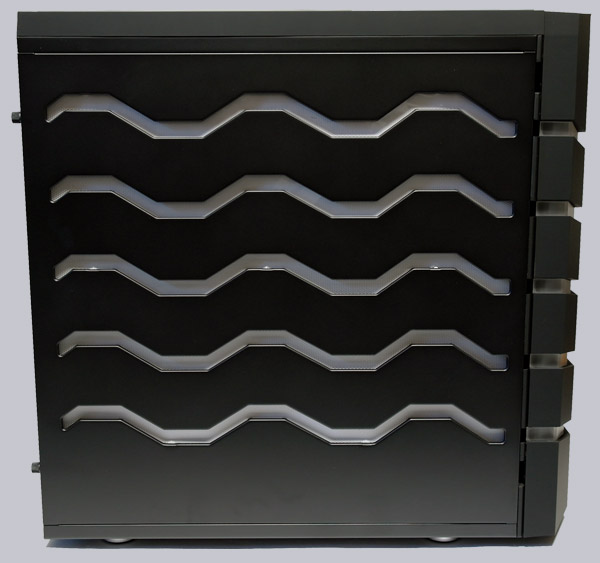 The power supply unit is installed inside of this BitFenix Colossus Venom below the motherboard. BitFenix integrated an additional space for a 120 or 140 mm fan on the back to improvement the cooling performance. 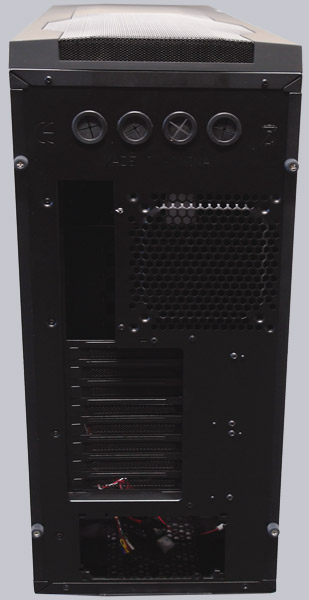 The top of the BitFenix Colossus Venom is provided within the rear area with air-permeable perforated plate. Under these mesh bezel is one of the two colossal 230mm fan, which blow warm air reliably out of the case.

One does not like it, the other one like it: The front door. As already mentioned on the first page of the BitFenix Colossus review, the 5.25″ drives are protected by a front door, which can be attached depending upon occurences on the right or on the left hinges. For the LED lighting is a small cable attached to the front panel. 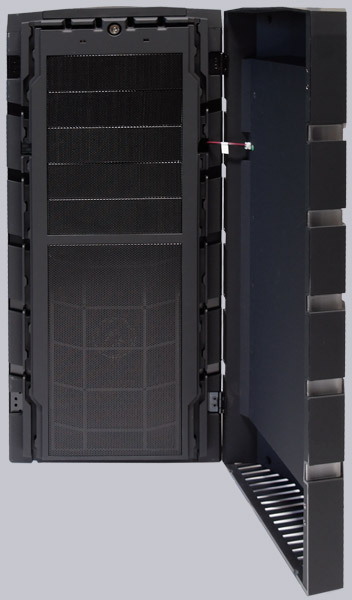 Here is again a detail picture of the door hinge. 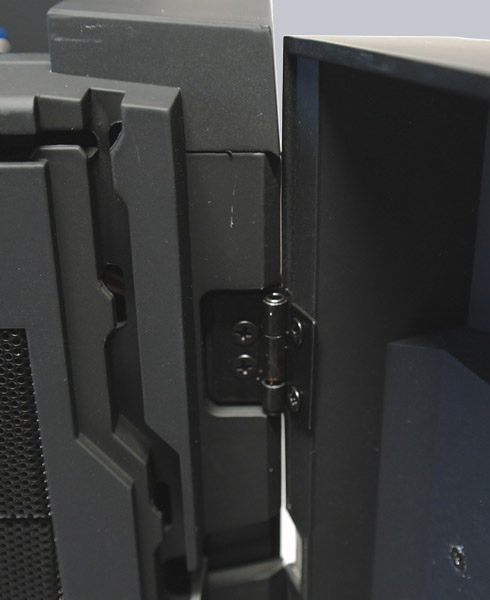 Also very practically is also the tray, which is covered on the top with a lockable cover. Since also the power and reset button are under this cover, the PC thereby can be secured at least a bit against unauthorized switching on and off. On the other side this means that one must open the cover again and again in the daily operation in order to switch the PC on and off, push the reset button, change the color of the lighting, or in order to adjust the fan speed. From left to right one can see the power button, reset button, variable resistor to adjust the fan controller, red / green LED light button and light mode button for off -> on -> pulsating. 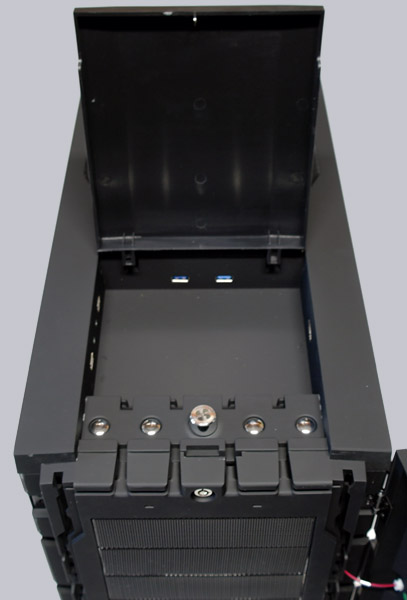 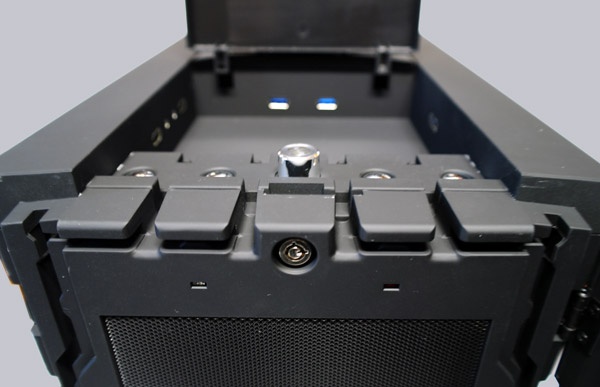 Likewise secured against foreign access are also all optionally connectable devices, which can be secured and locked under the cover. Simply plug an USB 2.0 or USB 3.0 or eSATA device into the port, place it into the tray and lock the cover. If necessary, the cables can be routed along the cable grooves in the front – well thought out. 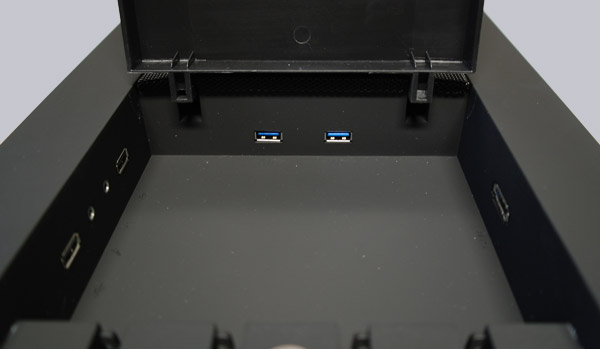 Even if surely not everyone is a friend of a door in front of the drives or a cover over the buttons, this cover and the door does not only have optical advantages with this Colossus Venom of the company BitFenix. Thanks to the lock of the cover, it offers at least a bit security against unauthorized access and protects also the attached USB stick against theft. That is for example very practical for tradeshows, as safety device for children or for hard core users, who like to carry this 16kg heavy chassis (unloaded weight!) to LAN parties.