When you first look at the cooler you immediately recognize the fin structure, which differs from the classic ribs of most radiators on the market. This form has a certain similarity with honeycombs in their structure. 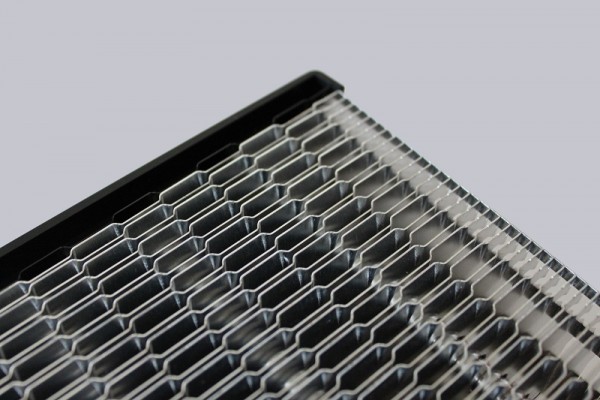 Here are the fins from the fan off in the opposite direction. This is to ensure better airflow rate and thus increase the cooling capacity. 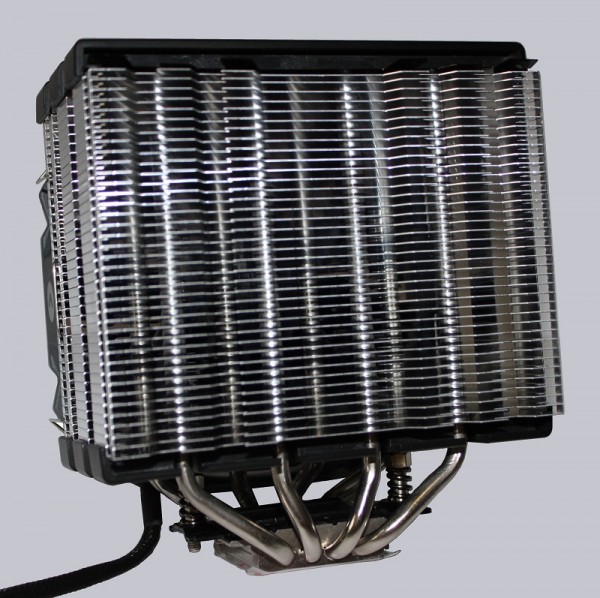 This is ensured by the mounted fan type XF140. 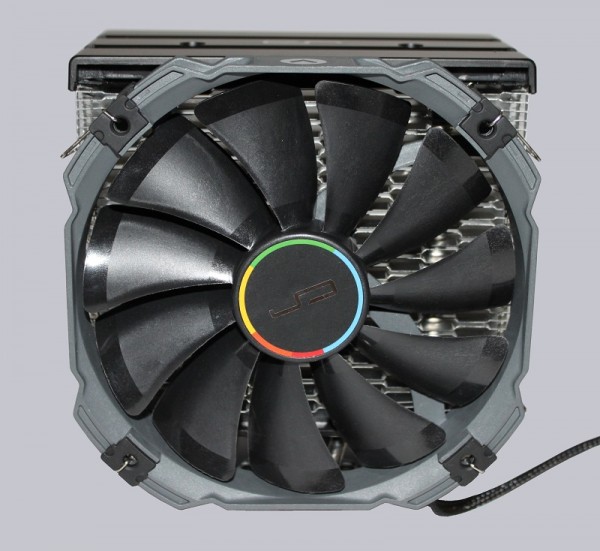 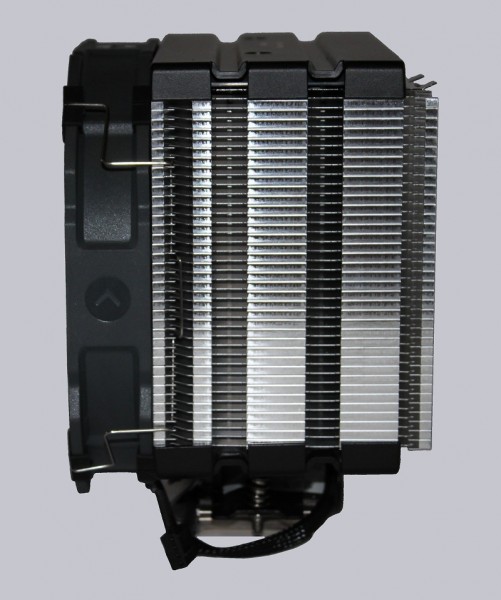 … which have engraved the company logo. 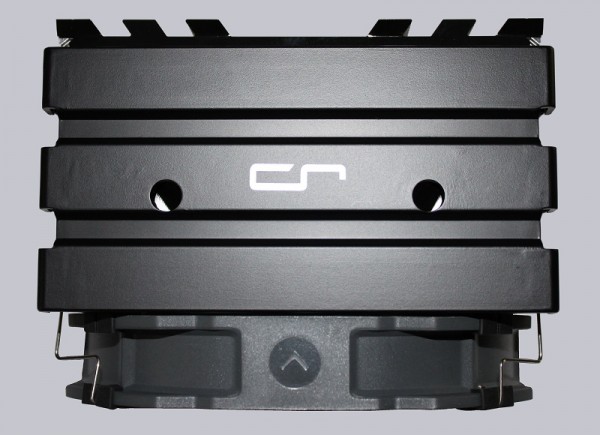 The cooler base is made of copper which was plated to protect it against tarnishing. Unfortunately, the polishing of the surface has barely paid attention. And so we can barely make out a reflection, and can even recognize some grooves in the surface, which must be filled later with thermal grease. 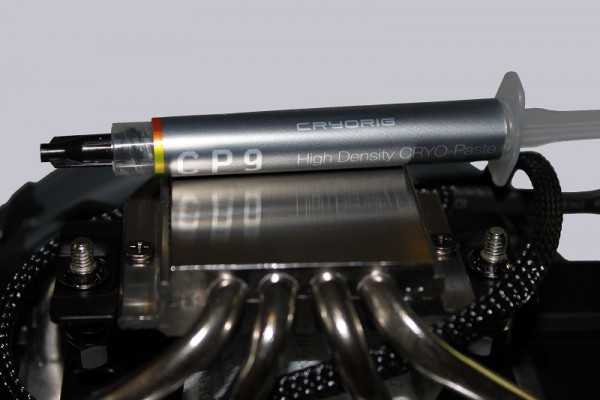 The cooler bottom is crossed by four nickel-plated heatpipes which spread out on the large heat sink. 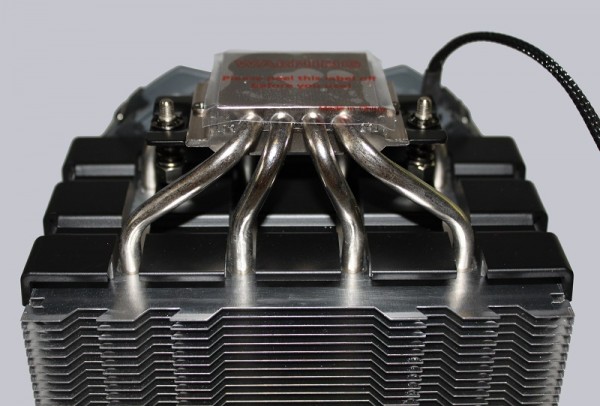 The package includes the already mounted fan, XF140. This has according to manufacturer a HPLN bearing, spelled “High Precision Low Noise”. We could not find further details on this type of bearing. 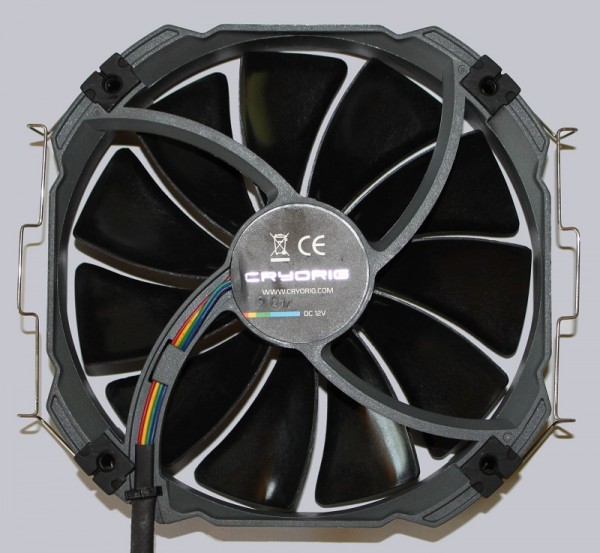 In the four corners of the fan there are rubber buffers to dampen possible vibrations. These are changeable and available in black, red and white. The package included fan brackets allow mounting of an additional fan on the opposite side. 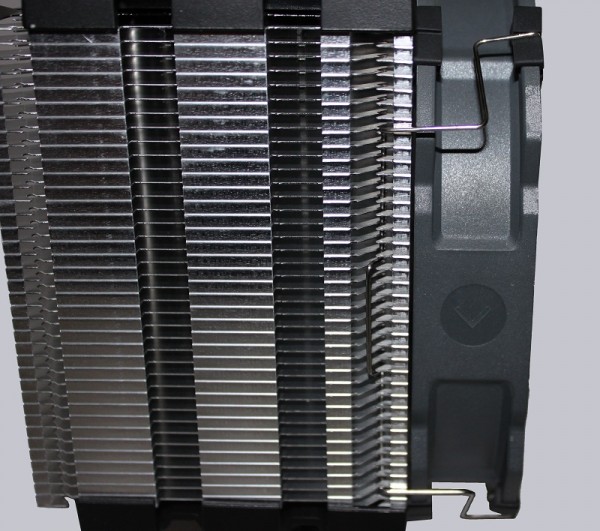 At the top end there are design elements, like black curved slats which have sharp edges. 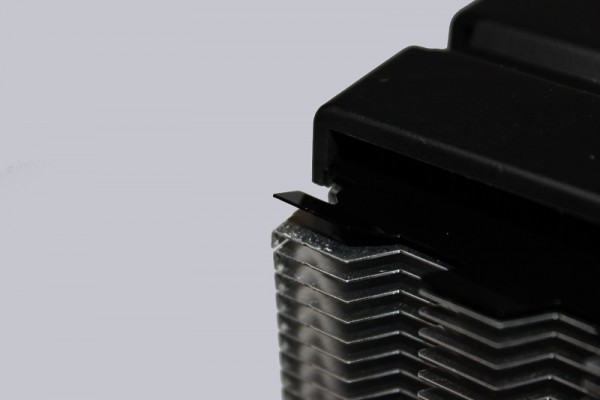