The Enermax Platimax D.F. power supply was tested with the following system:

The installation went smoothly, as expected. 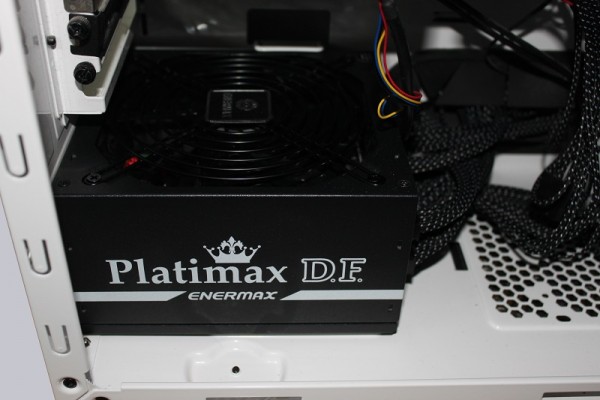 Even the cables were no problem in our large test case. At the first start, the fan of the power supply could not be heard separately from the total noise of the PC. Even under load, the installed fan with Twister bearing quietly performed its service. 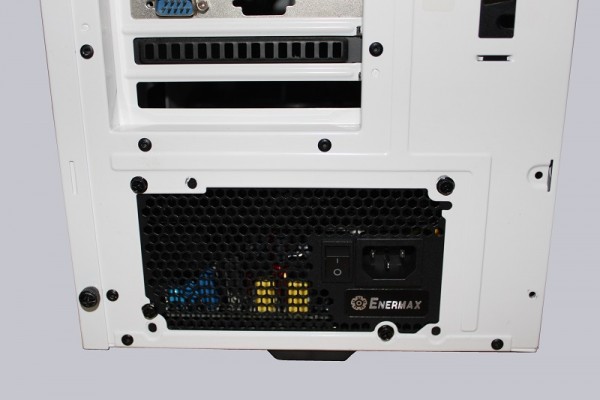 The power consumption was approximately 430 watts under full load, which corresponds to a utilization of the power supply of approx. 72%. During the operation, we were also unable to hear the feared coil whining. This occurs when the coils are not firmly attached to the ferrite cores and begin to vibrate under load. This is often the case with graphics cards, but has also been observed on motherboards and power supplies.

In the following diagram, we summarized the voltages that the Enermax Platimax D.F. 600W generated under load as well as in idle mode.

“Electrifying” is actually nothing about this table. As expected, the Enermax offers an absolutely stable output voltage even under high loads.

The function of the fan, when turned on only in the opposite direction and then to switch to the cooling mode, also ran without problems. Whether this function actually minimizes the dust consumption of the power supply, only the long-term test will show.