With a look at the front of the drive cage, the user immediately recognizes the 8 bays, each with the opening mechanism on the left side. 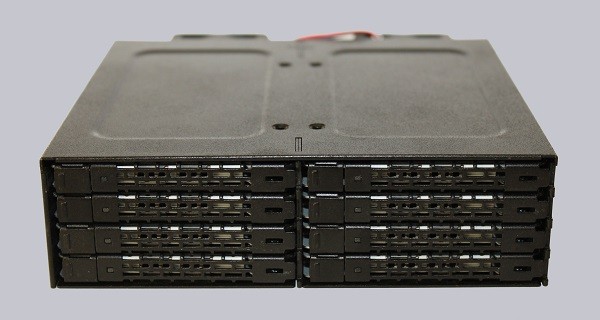 The whole case and the racks are made of metal and should withstand the roughest hands.
The side view of the Icy Dock ToughArmor gives a view of the mounting holes and the vents. 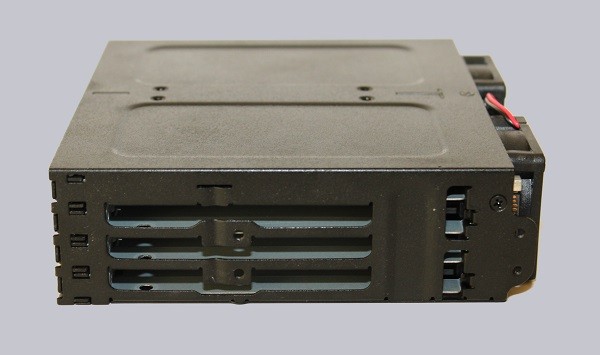 The interesting thing follows of course when looking at the back side. Here you can see very good the two 40mm fans and for each SSD / HDD a separate SATA port. 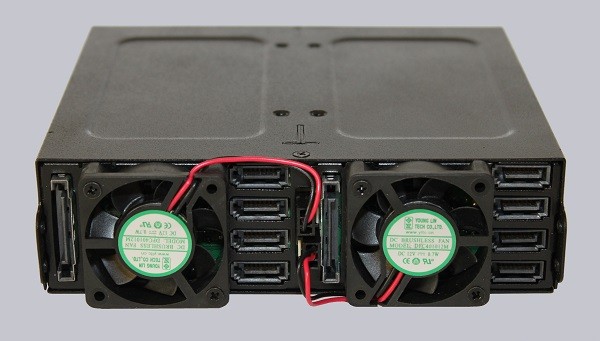 This means that, in theory, there should be no loss of speed.

But something enjoyable we can see here. Instead of the eight power connections the Icy Dock caddy comes with only two connections. Thus, the user has still six 15-pin power connectors remaining for connecting to other devices. As already mentioned, there are the eight racks made out of metal.

Unlike the Icy Dock Express cage, the SSDs here can not be mounted on the carrier without tools.

For assembly, it is absolutely necessary to use the supplied flat head screws, otherwise it is not possible to insert the racks in the caddy.

To be aware of which of the eight bays contains a certain drive, Icy Dock provides small clips with numbers.

These can be easily cut out and inserted into the holes on the right side of the racks. 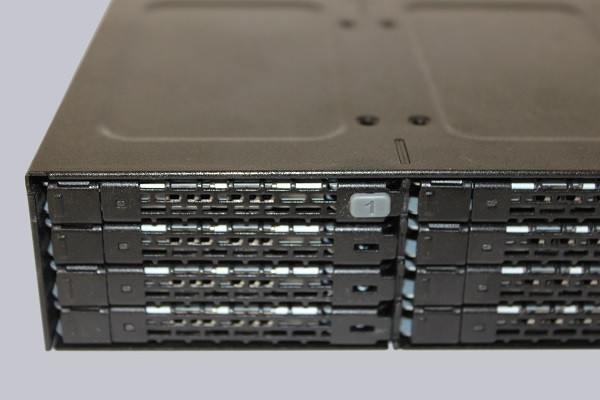 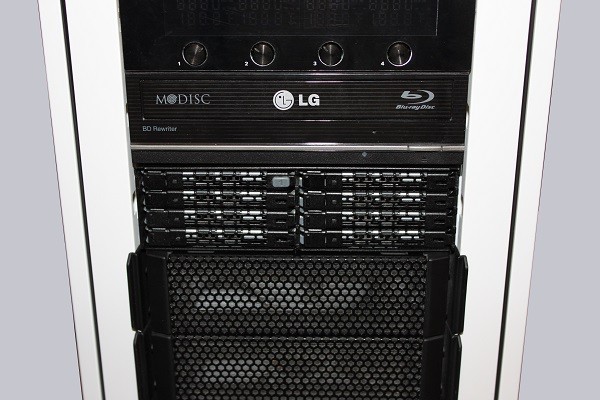 But much more beautiful is the Icy Dock MB998SP-B ToughArmor cage in our second test enclosure, the Cooler Master CM 690 III, because nearly the same mesh is used for its case front. 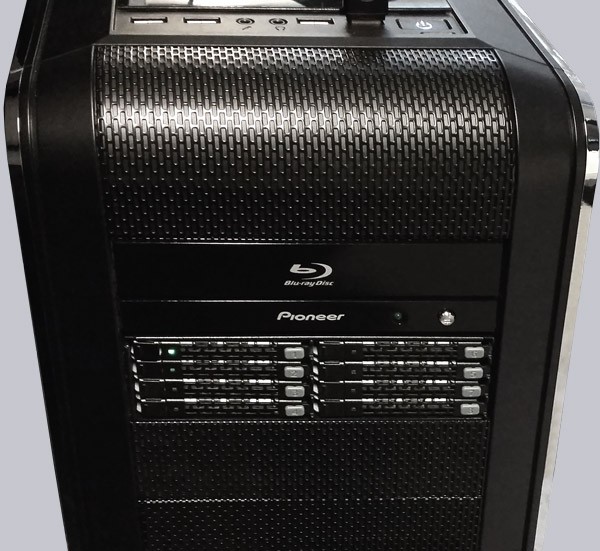 When installing we noticed a problem, because the position of the power connector is unfortunately chosen such unfavorable … 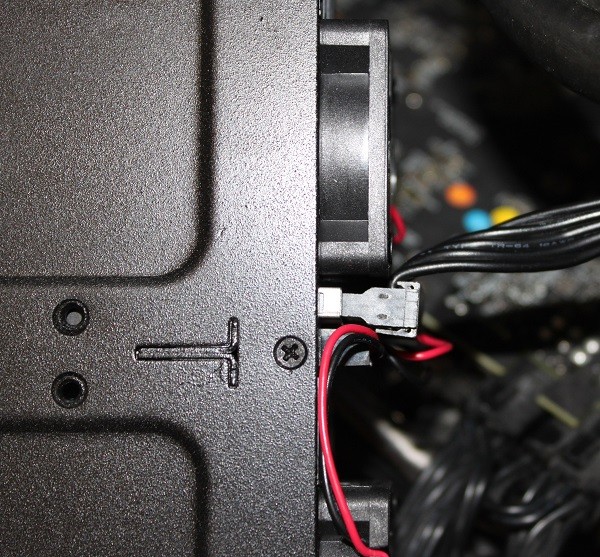 … that it is not possible to insert the power connector without bending the SATA power connector. Even when attempting, distinct pressure points on the cables had already be seen. A connector is needed, which has a rear cable management. Connecting the second power plug was not a problem. 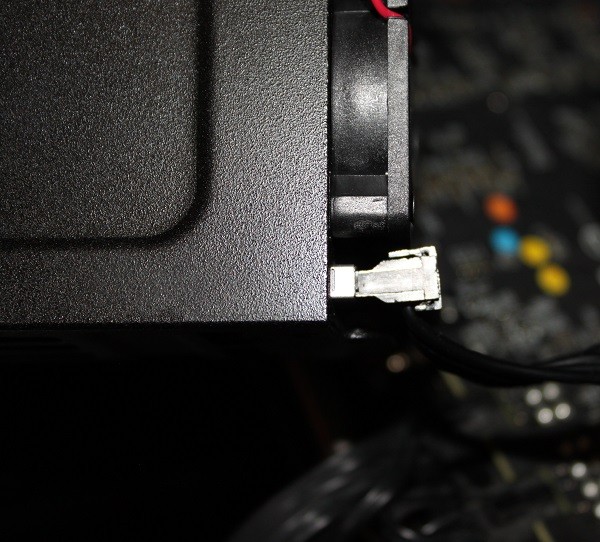 When we turned on the computer, the green operating LED began to light up. 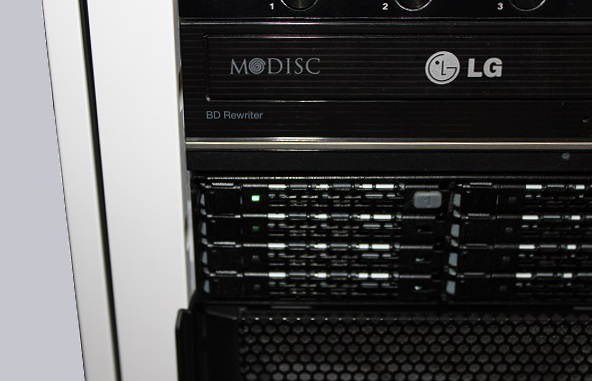 Unfortunately at this point we could clearly hear the noise coming from the fans. It is therefore incomprehensible why Icy Dock has not implemented a fan control, may be only as jumper.

The only option at this point is, that the fans are turned off automatically when no more SSDs are installed in one of the eight carriers. However, this remains a rather cold comfort. BTW. both fans are connected together, so not only one fan is switched on or off when using one cage side. So the user has no choice but to operate the fan by means of a separate fan control, or to live with the higher noise level.

The removal of the carrier proved to be very simple. Pressing the eject button pushes the levers outward. With this lever you can draw the carrier including SSD easily out of the caddy. 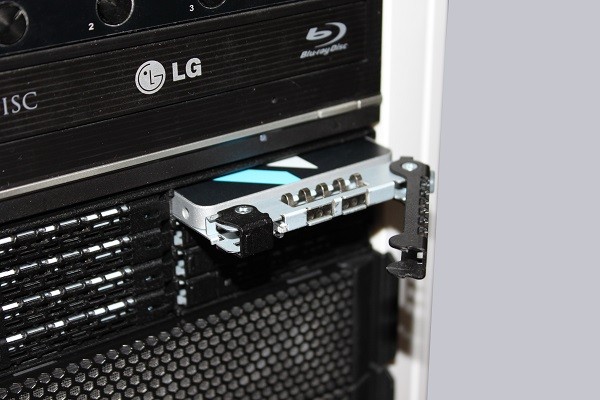 Whether the device has been technically convinced us, we will now show in a practical test.