The ASRock H370 Performance Intel LGA 1151 DDR4 ATX motherboard is because of the Intel H370 absolutely nothing for overclockers or Windows 7 nostalgics, offers however an excellent basic equipment for current Intel Coffee Lake LGA1151 processors and scores with the newest lighting effects.

All in all, the ASRock H370 Performance motherboard so due to the Intel H370 chipset is nothing for overclockers and for the native H370 USB ports there are currently (yet?) no Windows 7 drivers. But the inexpensive ASRock H370 Performance Mainboard even has addressable RGB LED control as well as nice RGB lights under the chipset cooler, on the I/O cover and on the audio area. So if you are looking for an inexpensive 8th generation Intel LGA1151 CPU with a gaming look without OC options for Windows 10, you can access it without hesitation. In an upcoming ASRock B360 motherboard test we will compare all differences between Intel Z370, H370 and B360.

Here you can buy the ASRock H370 Performance motherboard at a favorable price. 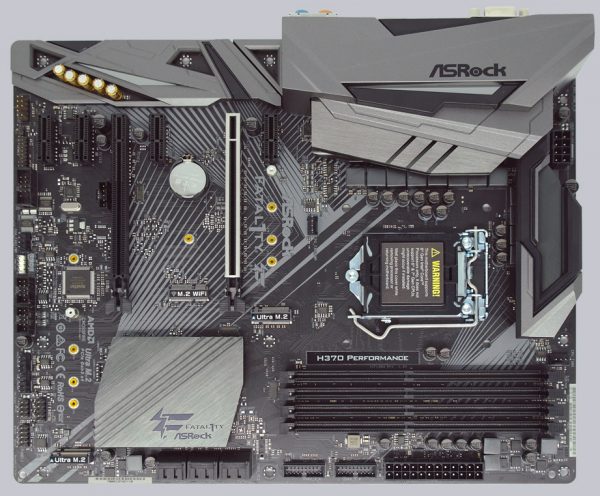