As already explained in the unboxing video on our OCinside YouTube Channel, this X399 board is build for AMD Threadripper processors.

Here you can see the chic motherboard box of the new ASRock X399 Taichi Socket TR4 motherboard, where the pictured gears have already found many fans. 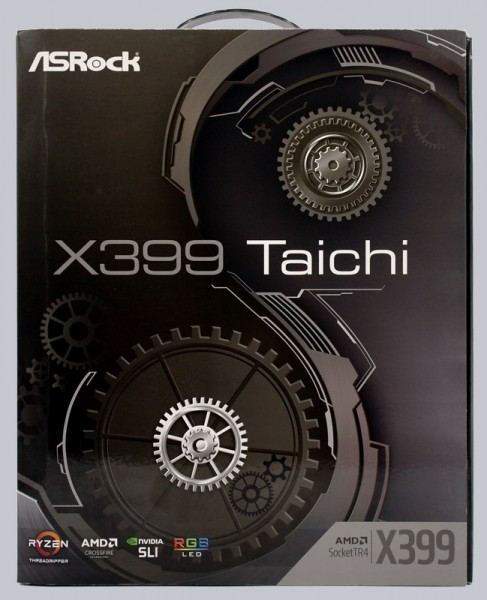 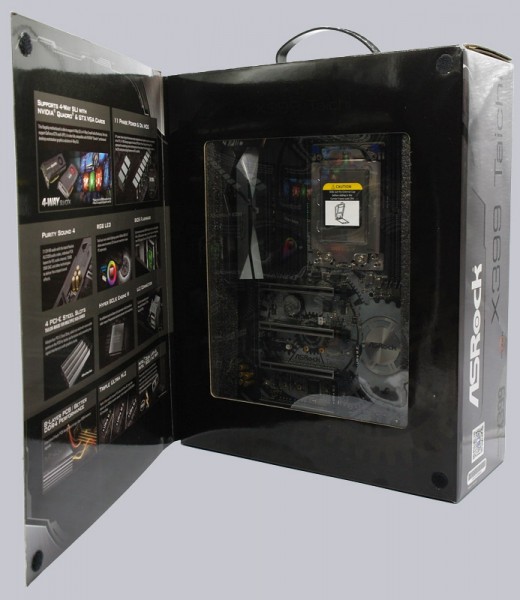 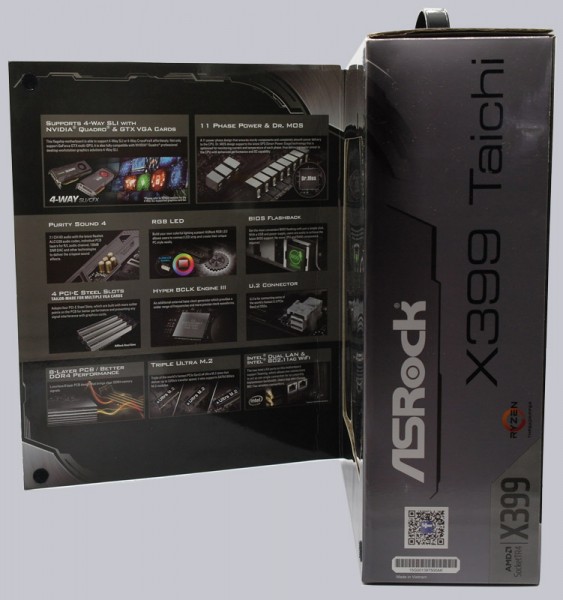 There are two more boxes in the box. 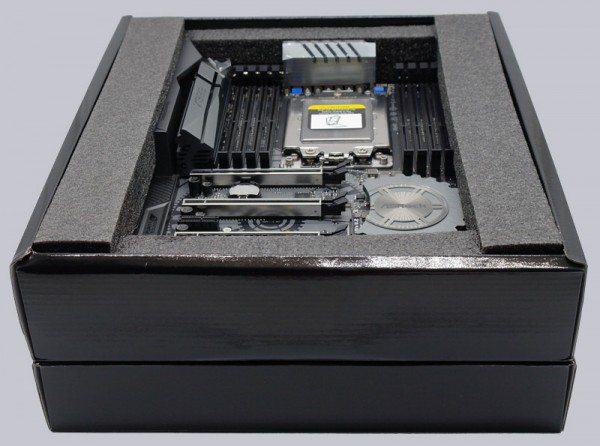 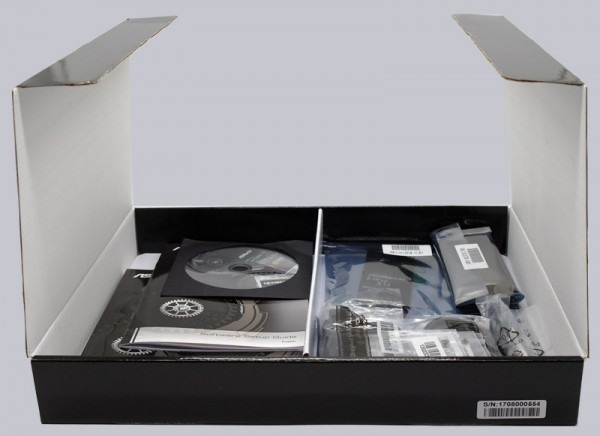 As most high-quality ASRock motherboards, the X399 Taichi is bordered in foam for safe transport. 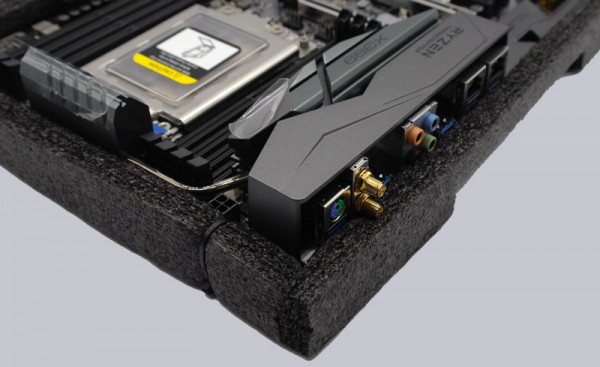 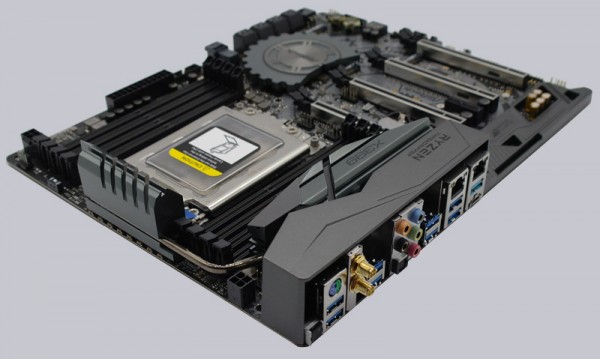 The ASRock X399 Taichi has the Dr. Debug 7-segment LED postcode display, two high quality buttons for power and reset and offers three! fast Ultra M.2 slots for PCIe Gen3 x4 modules with up to 32 Gb/sec. connectivity, which can now even be operated in RAID. 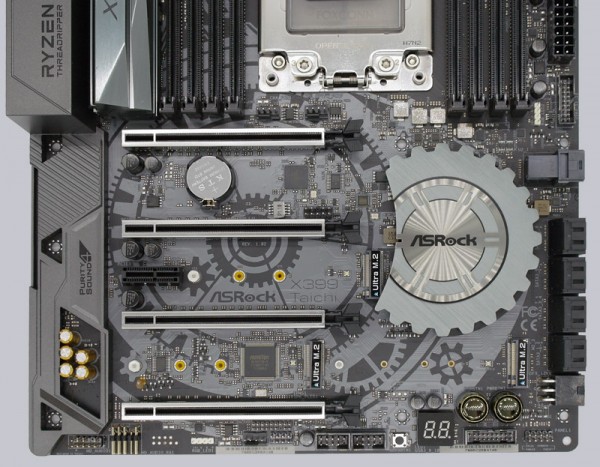 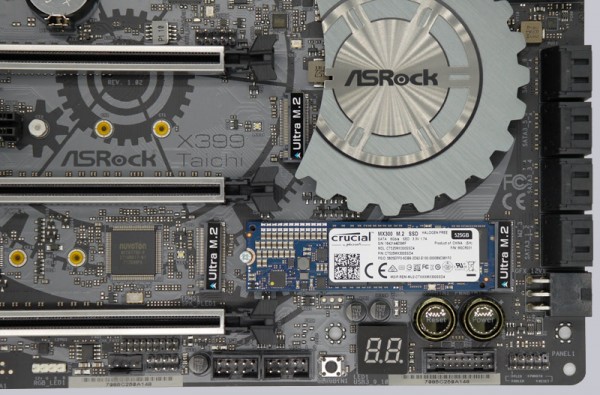 Conventional RGB stripes can be connected to the white 4-pin 12V RGB headers, for example to illuminate the housing. In addition, the X399 Taichi has a second 12V RGB LED connector.

ASRock has integrated the RGB LEDs on this motherboard underneath the chipset cooler and on the PCIe slots, which can be controlled as desired. 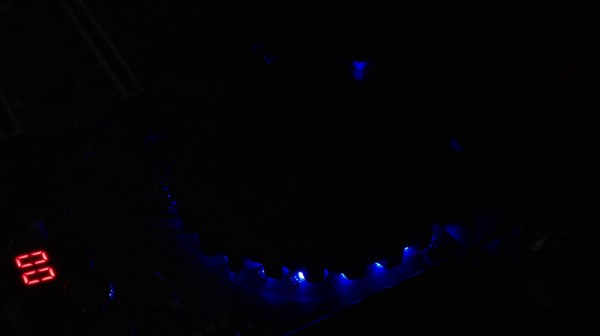 The RGB headers and the integrated RGB LEDs are controlled by the supplied ASRock RGB LED software. With this AMD motherboard you can’t make all settings graphically via the UEFI (like with the ASRock Z270 motherboards), but RGB basic functions have also been integrated in the UEFI. In the ASRock RGB LED software, for example, you can select the colors in an RGB color selector. 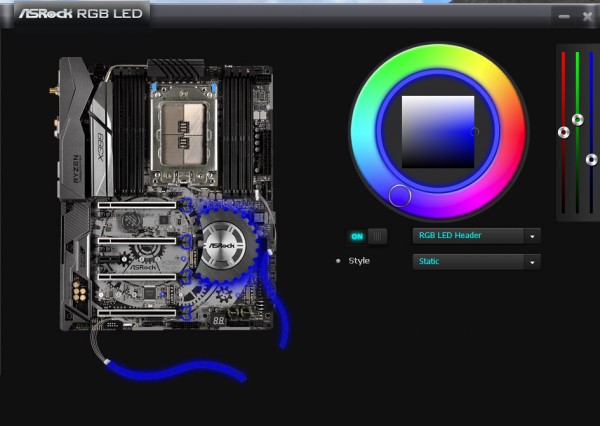 You can also set whether the RGB headers should be controlled separately or together with the RGB lighting under the chipset cooler and PCIe slots. 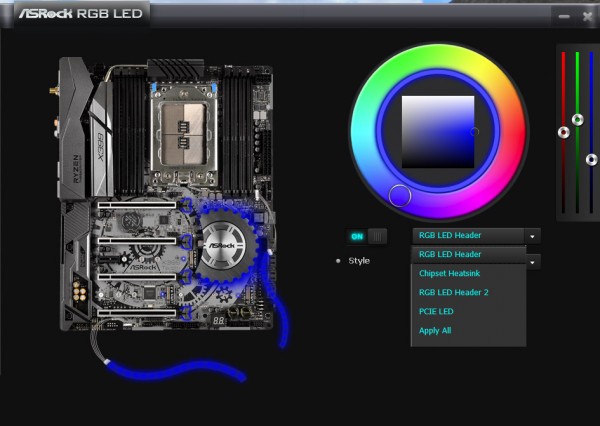 And you can adjust in the ASRock RGB LED menu, if the LEDs should light continuously, breathe, random or even light up to the music. The user has numerous ways how and how fast light up the LED stripes or the chipset cooler LEDs and can of course also completely disable it. Certainly as already mentioned in the previous X370 reviews, it’s no “must have” feature, but definitely “nice to have”! 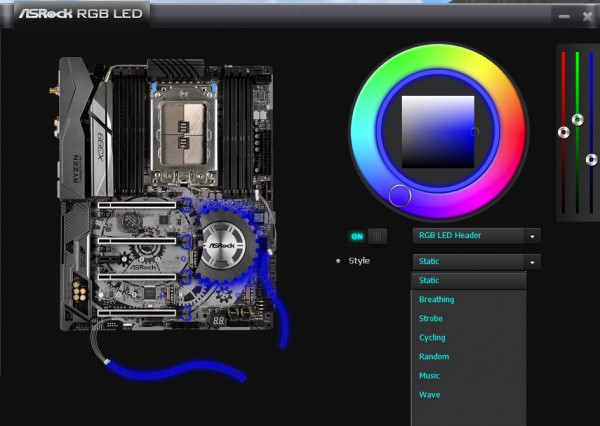 Here you can see one of the two internal USB3.0 ports, next to the 24-Pin ATX power connector, an additional 8 Pin 12 Volt power connector, some of the high quality Nichicon 12K Black Caps capacitors, as well as the MOS_PROCHOT CPU Xtreme OC Switch.

The following picture shows a side view of the motherboard with the protective I/O panel cover (I/O Armor) and the large aluminum alloy XXL heatsink that has been carefully attached on the MOSFETs. 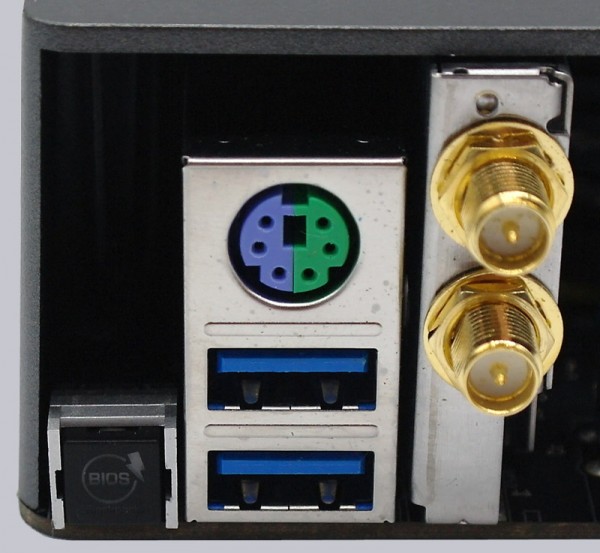 The ASRock X399 Taichi can be equipped with up to eight DDR4 modules and is expandable depending upon operating system used (see list) up to maximally 128 GB memory. 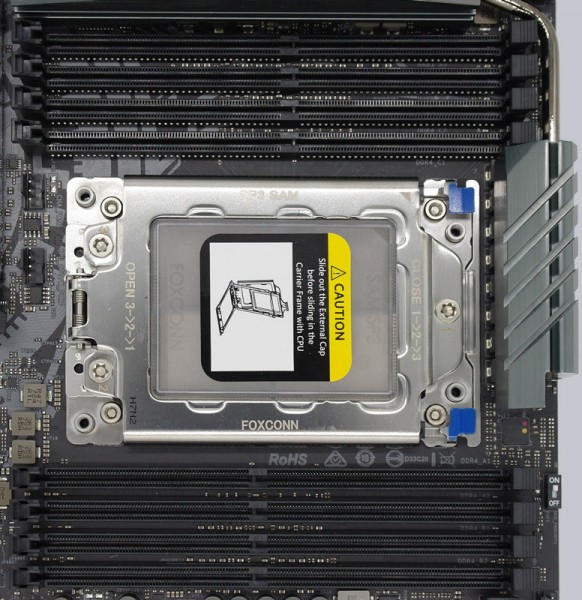 The AMD TR4 motherboard supports DDR4 memory modules and can be optimized in the BIOS for DDR4-2667 Quad Channel modules with an AMD Ryzen Threadripper processor. The UEFI offers the selection from DDR4-1866 up to DDR4-3600. Higher clock-rates are currently only possible with BCLK overclocking.

Thanks to XMP support (Extreme Memory Profiles), XMP memory modules are set correctly with one mouse click in the UEFI and of course there are far more memory adjustments and more OC-options, but more on that later. Before buying the RAM, you should check the officially supported RAM modules at the ASRock memory support page, which is also very important for AMD Ryzen Threadripper systems.

The ASRock X399 Taichi offers a total of eight angled SATA3 ports and a U.2 port for NVM Express modules up to Gen3 x4, which is 32 Gb/sec.

The SATA 3 ports are supporting RAID 0, RAID 1, RAID 5, RAID 10, NCQ, AHCI and the Hot Plug function in AHCI mode (AHCI stands for Advanced Host Controller Interface and can/should be selected in the UEFI, especially when using SSDs). Thanks to the UEFI BIOS also drives with more than 2 TB for the installation of Windows 10, Windows 8.1 or Windows 7 x64 can be installed. Installing the drivers was absolutely no problem with Windows 10 and the Windows 10 installation was done very quickly. But even for Windows 7 AMD offers an All-In-one driver package that is installed easily and quickly. 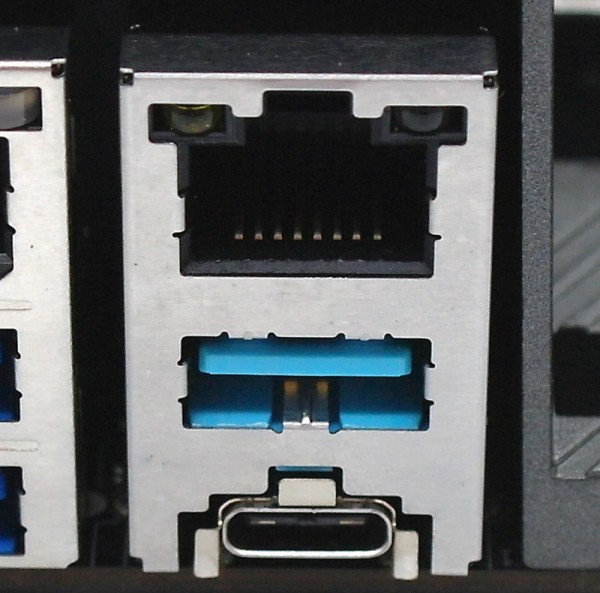 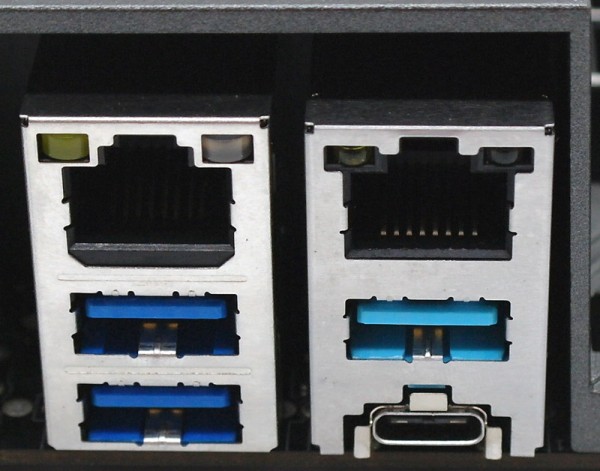 The ASRock X399 Taichi motherboard is equipped with the ALC1220 audio codec with content protection, 120dB SNR DAC, TI NE5532 Premium Headset Amplifier and Purity Sound 4, which supports 7.1 surround sound at the internal front panel audio connector and has analog output over 5x 3.5mm connectors on the ATX panel. Additionally, there is an optical SPDIF digital output and premium Blu-Ray audio support. So most users do not need to buy an additional sound card with digital outputs. 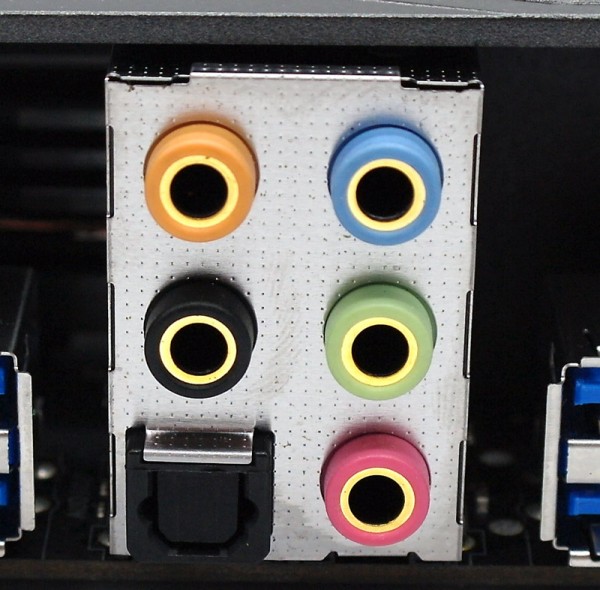 Now we come to the AMD TR4 CPU socket, which is installed as shown in the following Video:

Here you can see a small sequence of the correct AMD TR4 socket CPU placement. The screws on the socket are labeled. The screws should be in the order shown on the socket: To open 3 -> 2 -> 1 and to close 1 -> 2 -> 3, although it is possible that you may have to press the screws on a new TR4 socket quite firmly at the beginning in order to tighten them.

The AMD Ryzen Threadripper 1950X CPU is really huge, as you can see on the following picture in comparison to the AMD Ryzen 7 1800X CPU. 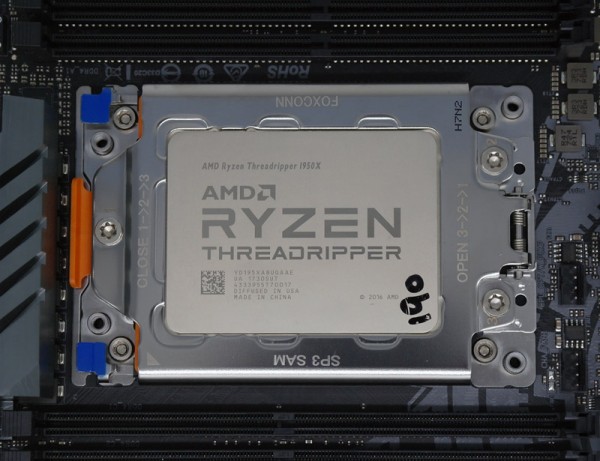 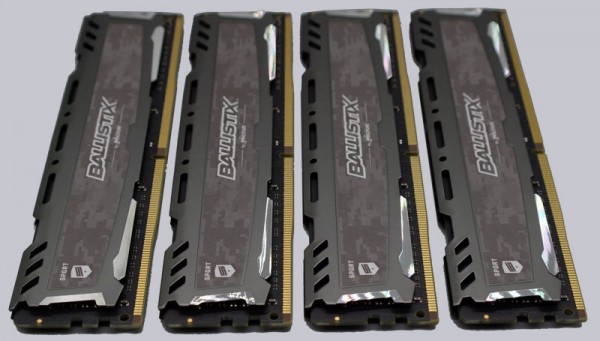 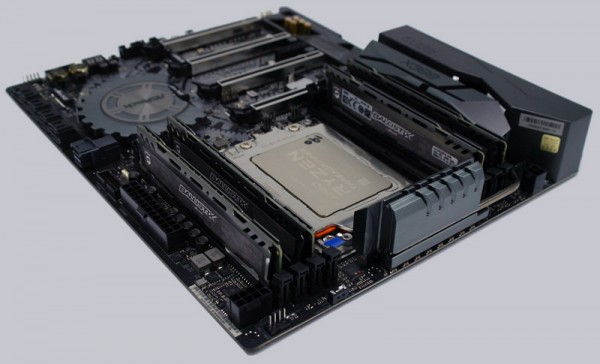 Here you can see the correct configuration of the memory modules from above. 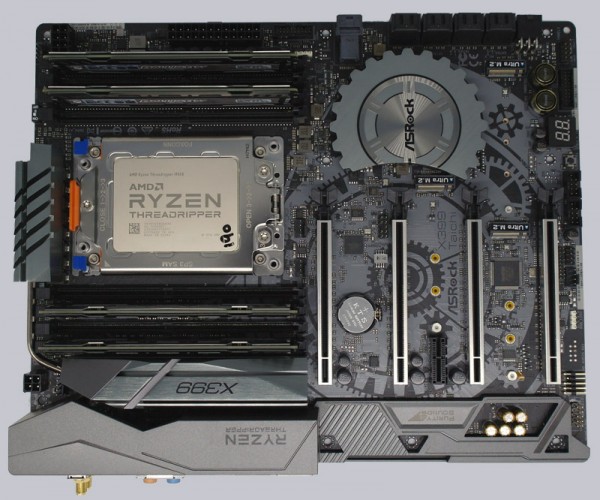 For the threadripper mainboard test we ordered the Arctic Freezer 33 TR from ARCTIC as AMD Ryzen Threadripper cooler. 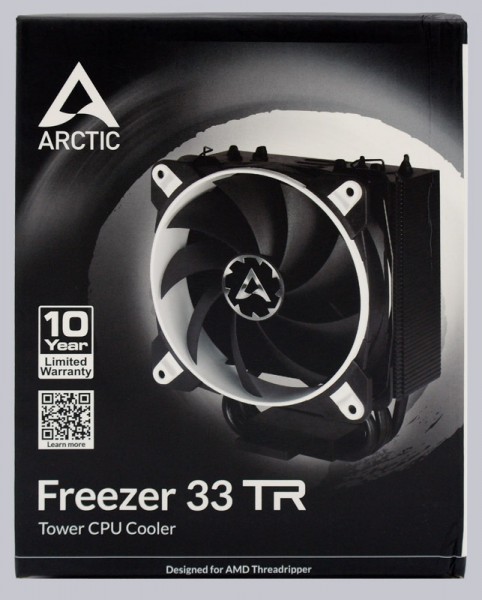 The Arctic Freezer 33 TR CPU Cooler is quickly assembled. The blue brackets of the TR4 socket were only a little bit in the way of mounting on the TR4 socket. But with a little patience, the cooler could still be mounted perfectly. 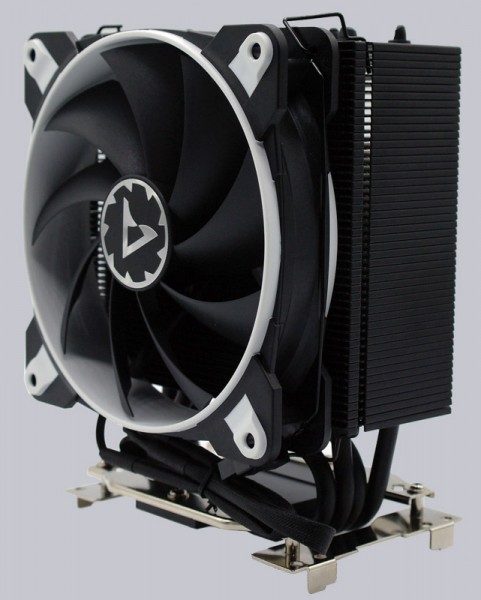 In the following picture you can see the AMD TR4 test system along with Arctic Freezer 33 TR cooler, MSI Radeon R9 280 graphics card and Icy Dock MB171SP-B Turbo Swap for fast replacement of SSD and HDD. 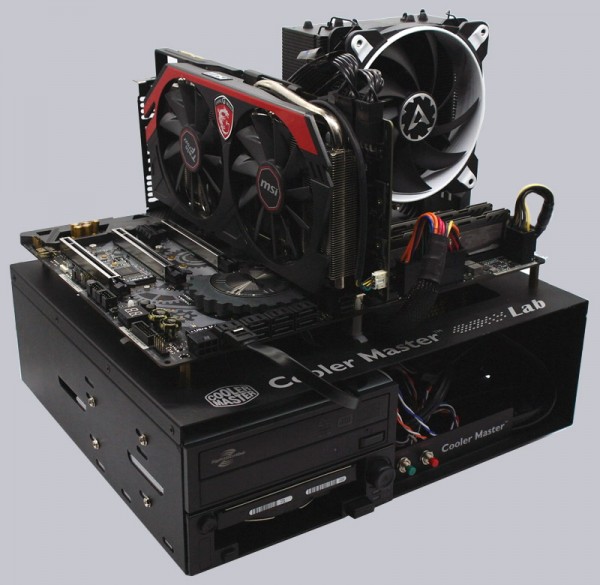 As you can see on the thermal image of the PC system, the AMD X399 chipset remains pleasantly cool at just over 30°C. 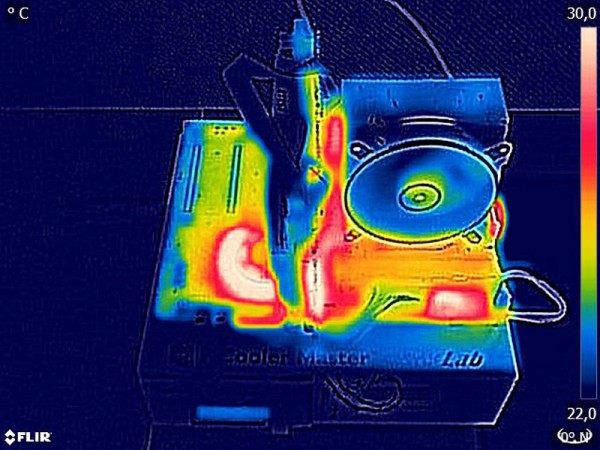 This is how the huge 16-cores with SMT (32 threads) of the AMD Ryzen Threadripper 1950X CPU in the Windows 7 task manager look like at Prime95 full load. 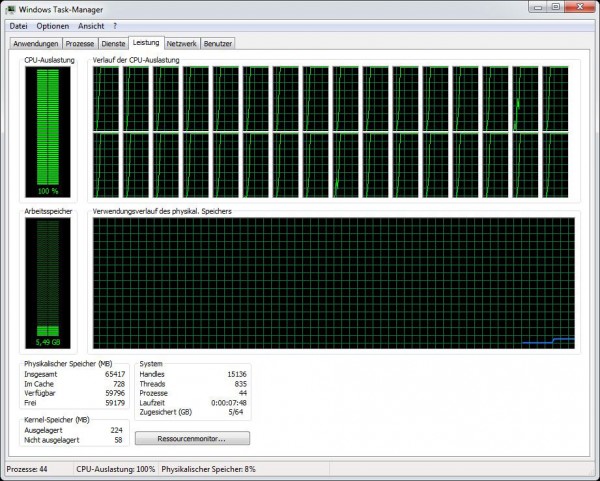 And this is what the 16-cores with SMT (32 threads) of the AMD Ryzen 1950X threadripper CPU look like in the Windows 10 task manager. 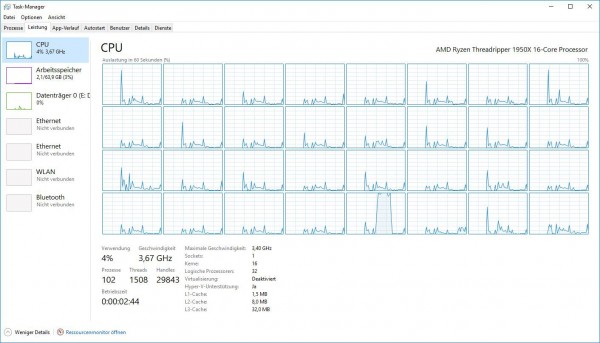