For several years, different 10G network standards such as 802.3ae, 802.3ak or 802.3aq are available.
The ASRock X99 WS-E/10G of 10GBASE-T use the 10 Gbit/s standard, which fortunately can be realized via conventional Category 6 Class E cable that certainly already many users used for bridging longer distances in their home network. The maximum recommended cable length of Cat-6e cables are at 55 meters and Category 6 Class Ea – short Cat 6a cables, the cable length is 100 meters.

Enough theory, we now come to the 10G transfer rates in practice, we have measured for this review.

After the Windows 10 Pro installation we focus initially on making connection between the two ASRock X99 WS-E/10G PCs and set the network speed manually to 10 Gigabit. For this high performance you should use Cat6 cable. We have also tried Cat5e cable and had occasional disconnections. 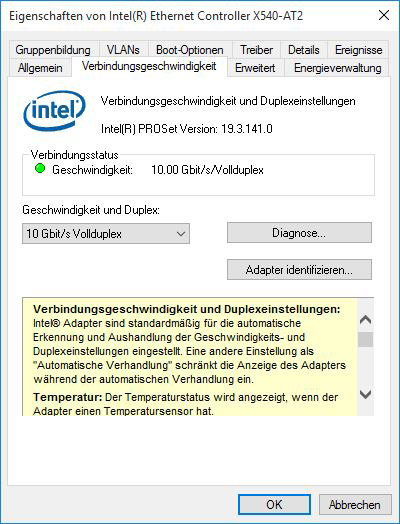 As you can see in the following LAN Benchmark tool, the 10 Gigabit network reaches astonishingly high transfer rates. 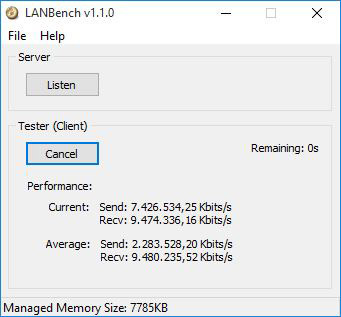 Of course we want to test even a few transfers of files in practice. We have two Crucial MX200 SSDs configured in RAID0 and thus achieved a transfer rate of about 807 MB/s. Here you can see a copy of 20GB files, which was completed within a few seconds. 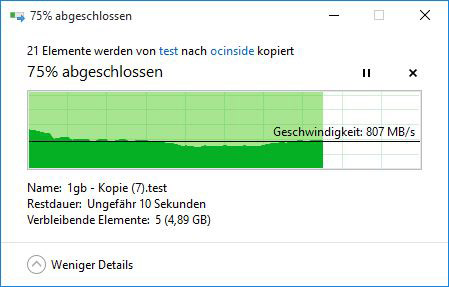 To circumvent the limitation of the SSD we have not set up a RAM disk in order to achieve even higher transmission values of up to 0.99 GB/s. Because in theory 10 Gbit/s, means up to 1.25 gigabytes per second. Here you can see a copy of 20 GB, which was completed after about 20 seconds. 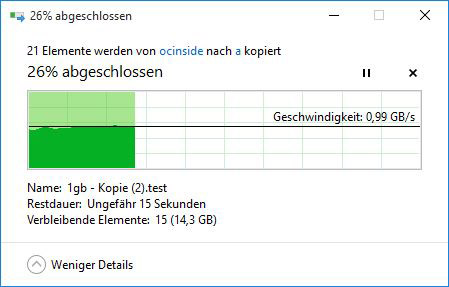 Now we are switching for further tests to 1 Gigabit, the current LAN standard. 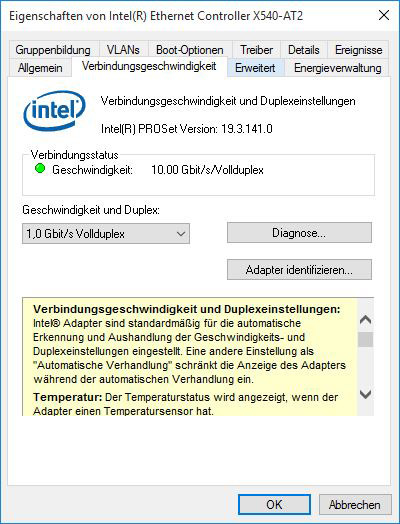 Here you can clearly see how slowly the 1 Gigabit network is in comparison to the 10 Gigabit LAN. In theory, 1 Gbit/s could transfer up to 125 megabytes per second. The difference is enormous, because this time the copying operation takes about 3 minutes instead of 20 seconds. 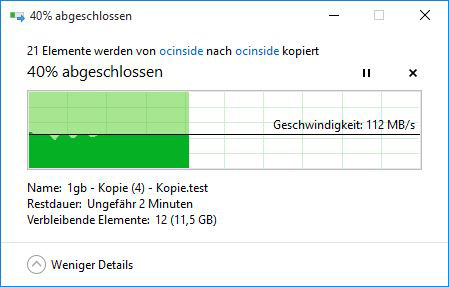 Now we are reducing the performance again to 100 Mbit/s. 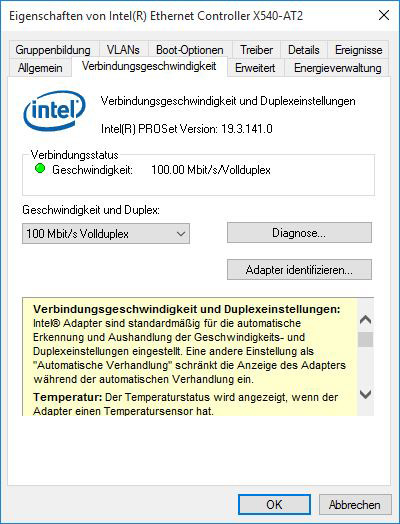 Here we see how long you will have to wait for that copy operation with 20 gigabytes at 100 MBit/s. In theory, 100 Mbit/s correspond to up to 12.5 megabytes per second. 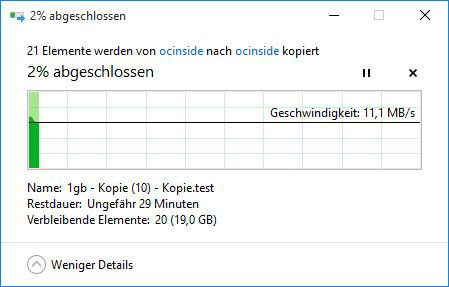 Not imagine how long it would take with 10 Mbit/s. Because in theory 10 Mbit/s corresponds only up to 1.25 megabytes per second, it would therefore in theory take 4 hours 26 minutes and 40 seconds to transfer 20 GB.

Looking at these examples, you will soon realize the enormous performance advantage the 10G network brings compared to the slower transfer rates. The ASRock X99 WS-E10G yet also supports Dual LAN with teaming or even Quad LAN with teaming, which provides even higher network speeds!