Who needs to transfer large amounts of data over the network on a regular basis, could finally breathe again with this new 10 Gigabit technology.

At the CeBIT 2016 fair, there were already the first home user NAS systems with optional 10 Gigabit. For the new technology the signs are already very good and we hope for a rapid launch of other devices with 10 Gbit connectivity and future price cuts by the establishment in the home segment.

All in all, the ASRock X99 WS-E/10G motherboard is not only for workstations a great motherboard, but certainly also for enthusiasts in the gaming area. Because with ever increasing requirements – for example, by Virtual Reality or always
bigger PC monitors with even finer resolutions – you can never have enough power.

Here you can buy the ASRock X99 WS-E/10G motherboard. 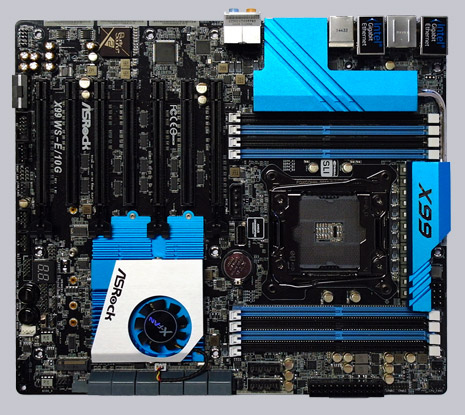