Who like to upgrade an Ultrabook or Tablet with a fast SSD or install a motherboard with an mSATA port, will be happy about this review. Because this time OCinside.de is testing the tiny Plextor M5M mSATA SSD board with 128 GB capacity, which is also available with 64 GB or 256 GB. The Plextor PX-128M5M SSD is based on the Marvell 88SS9187 controller and achieved in practice tests with the latest firmware 1.04 great results, which are compared in this review with dozens of SSDs and HDDs. 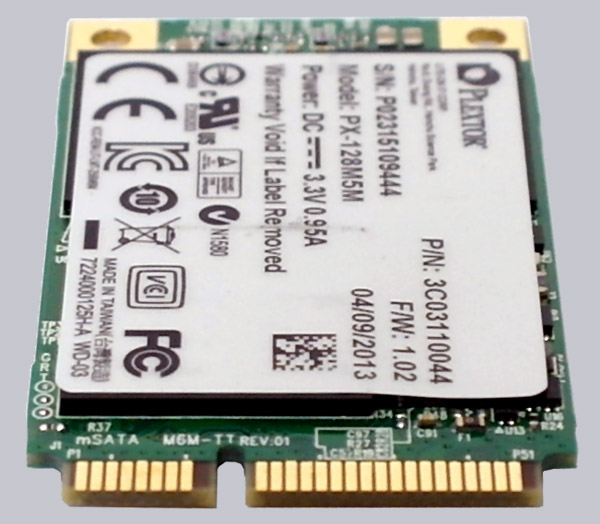 Many thanks for the support with the Plextor M5M 128GB mSATA SSD by the manufacturer Plextor.

Here you can order the Plextor M5M SSD.

In this cardboard box came the tiny Plextor M5M mSATA SSD PCB. The plastic packaging can be opened easily by pressing the back part backwards. This is an exemplary blister packaging, which can be closed again even without any problems:

The Plextor PX-128M5M mSATA SSD was delivered without additional accessories.

On the front of the contained Plextor M5M 128GB SSD you can see the label of the Plextor M5M SSD with a few technical data and the preinstalled firmware version that we have of course updated before our tests: 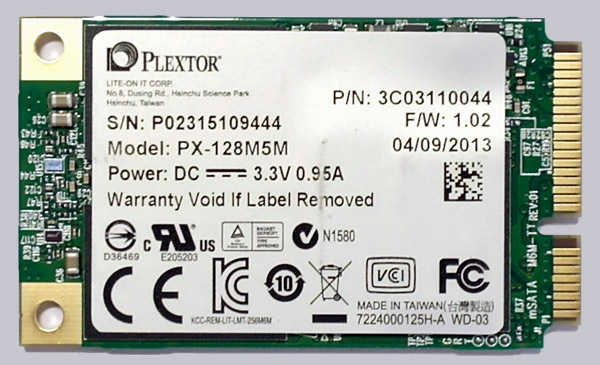 On the back you can see the 256MB cache module and two of the four NAND modules of the SATA3 SSD with a total capacity of 128 GB. The Marwell 88SS9187-BLD2 controller IC and the other two NAND modules are located under the sticker. Btw. the mSATA SSD offers a built-in 256-bit AES encryption: 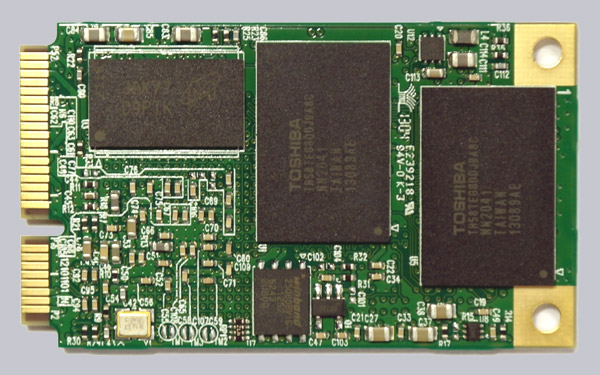 To compare the values of the mSATA SSD with the previously tested SSD benchmark values, we have installed the mSATA SSD to a commercially available SATA to mSATA adapter. The Delock 61881 converter SATA 22-PIN to mSATA full size costs approx. 15 EUR and can be ordered for example here 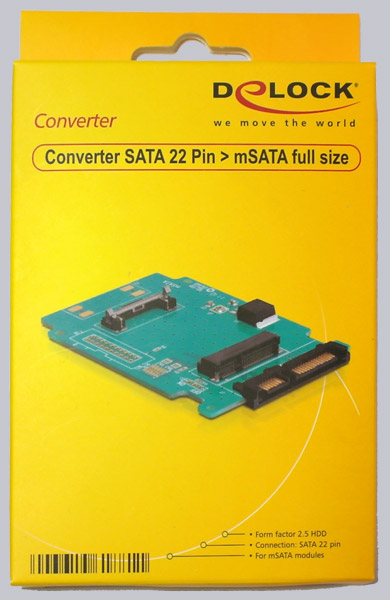 Here you can see the additionally acquired adapter board, which connects the data lines of the SATA interface with the mSATA board and has a voltage regulator to offer the required voltage of 3.3V: 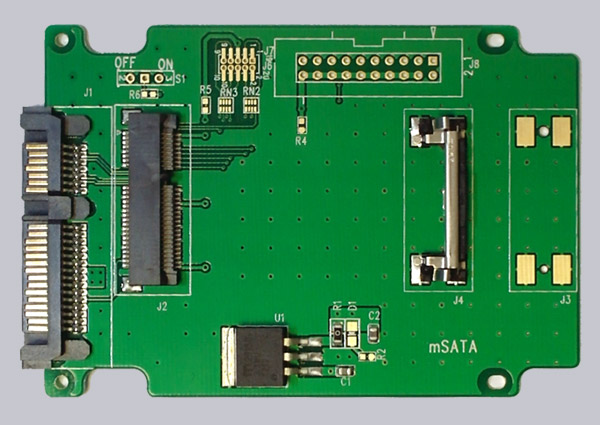 This is how the assembled optional mSATA to SATA3 board looks: 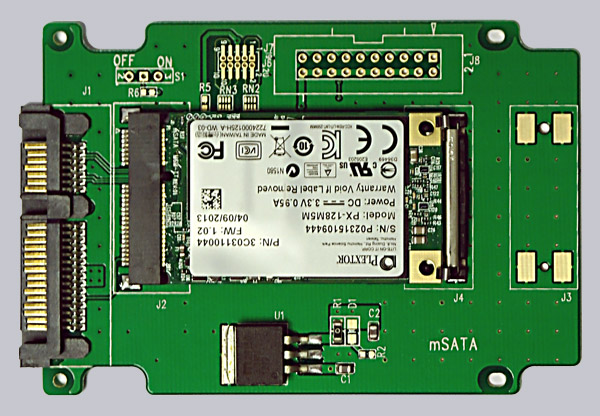