After unpacking, the first thing we see are the 3 fans. The middle fan with its 87mm diameter is visibly smaller than the two 95mm fans to the left and right of it. Also you can already guess a black / silver design.

The edge can also come up with a “Sapphire” lettering, which will also be illuminated. We see the two 8-pin PCI-e power connectors. The cooling fins and the rear fan protrude a little over the board, but Sapphire has extended the backplate accordingly so that it still looks harmonious.

The backplate is really very chic and skilfully rounds off the black / silver design. The Sapphire Nitro+ Radeon RX5700 XT 8G SE becomes an eye-catcher in cases with a window. In the rear area there is another “Sapphire Nitro+” logo, also illuminated.

On closer inspection, we can also see the BIOS switch in the front area of the backplate. This is a dual BIOS, so that in the event of an error you can simply switch the BIOS using this switch. 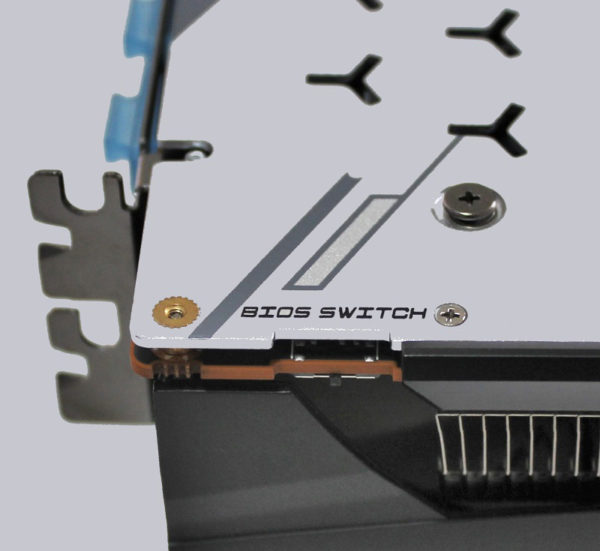 At the end of the card is the 3 pin 5V aRGB connector, with which the card can be connected to an existing aRGB controller. Very convenient! Unfortunately, Sapphire does not include a suitable cable. 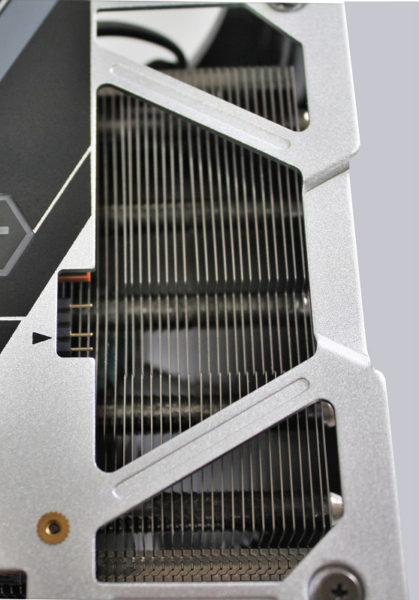 At the front all four monitor connections (2x HDMI and 2x display port) are provided with protective caps.

After we have removed the cooler, we see the total of 5 heat pipes with which the GPU is cooled, that Sapphire connects the power supply to the cooling system via a thermal pad and that the memory modules have been given a separate, generously dimensioned heat sink. That gives hope for very good temperatures 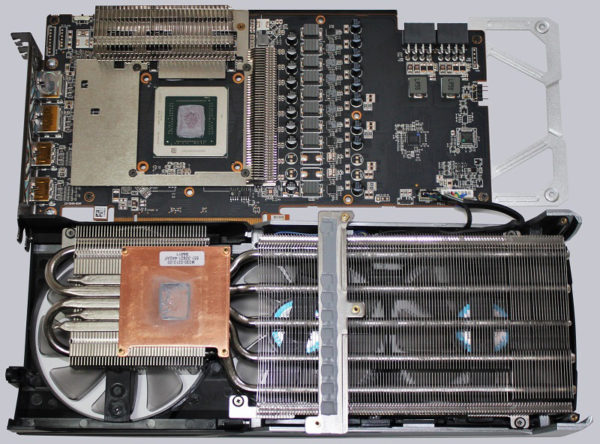 We also removed the backplate. Below that we also find the power supply connected via a thermal pad. great! 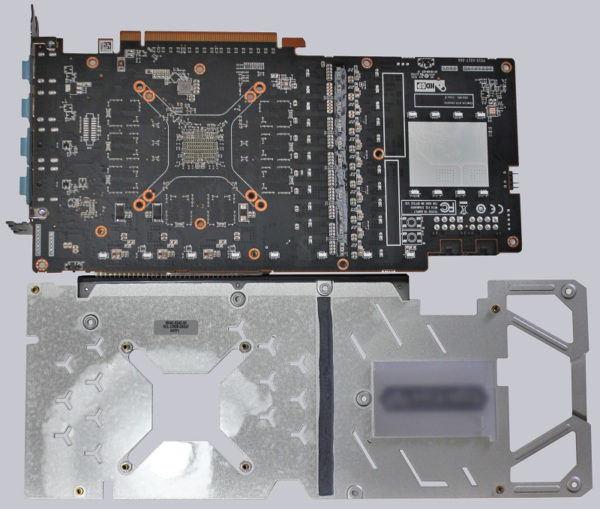 We also find the many LEDs with which the card can be set in scene. 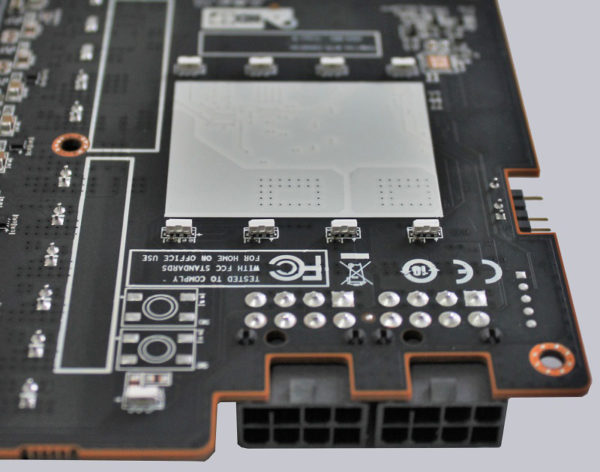 That would bring us to the end of our little hardware tour. But the Sapphire Nitro+ Radeon RX 5700 XT 8G SE has even more to offer. And that is the …

Sapphire also offers the driver for download on its website, but it is the standard AMD driver, which is why we download the latest version (at the time of testing Adrenalin 2020 Edition 20.5.1) directly from AMD.

From Sapphire we load the TriXX software in version 7.3.0. After the installation we get an overview of the performance data of the graphics card on the first page in the “Dashboard”. 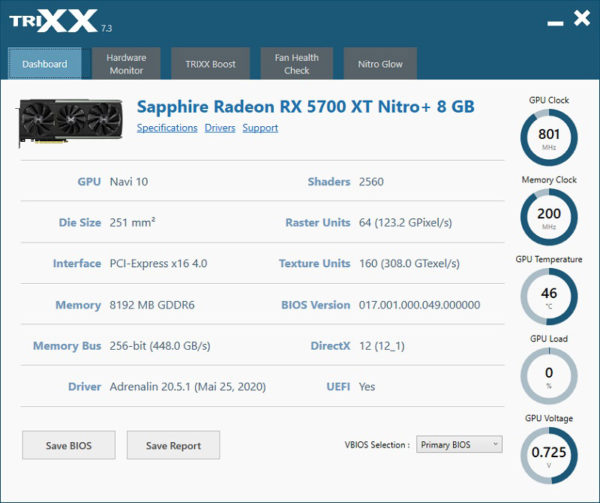 On the second page, the “Hardware Monitor”, it becomes more detailed and we see the most important vital signs of the graphics card. 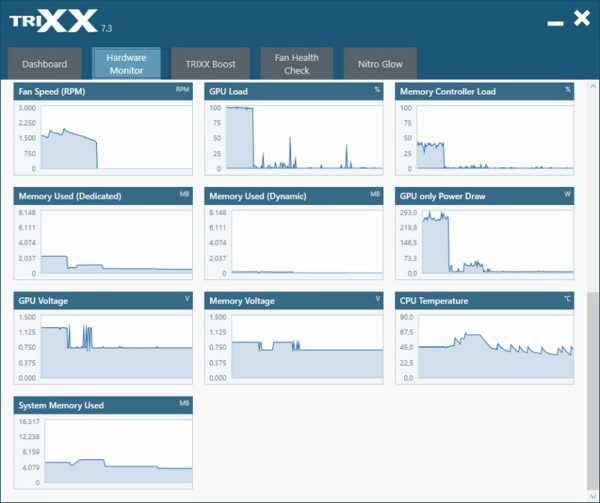 “TriXX Boost” offers us the possibility to intervene in the rendering resolution across games, so that the graphics card calculates with a lower resolution and then upscales it to the output resolution. In demanding games and / or high resolutions, this can increase the FPS at the expense of the image quality. Many games offer such options on their own, but being able to control it globally via a tool can still be useful if a certain game does not offer such an option. 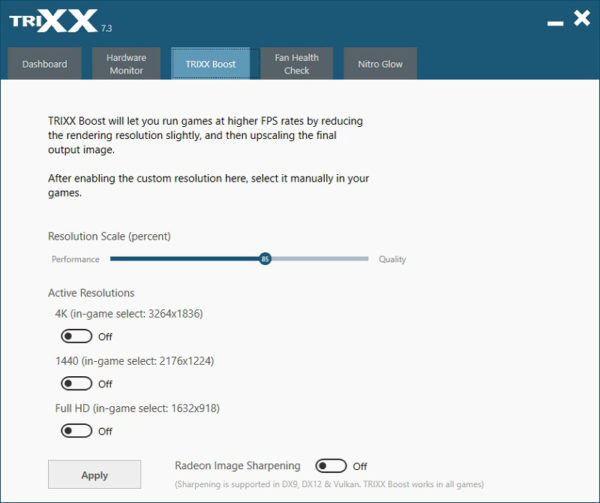 “Fan Health Check” can check the fans. Luckily ours are all fine 🙂 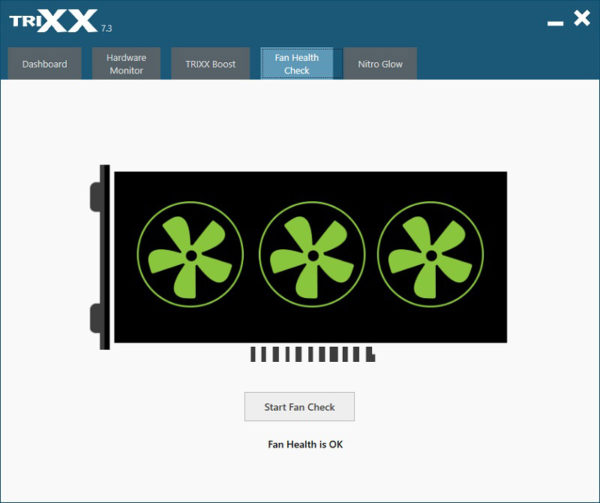 Last but not least, there is of course the “Nitro Glow” page, where we can customize the lighting. 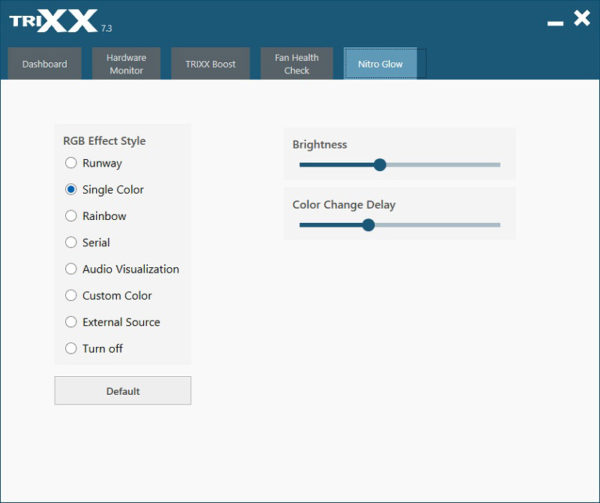