In this stylish box the ASRock Z490 Steel Legend motherboard is delivered. 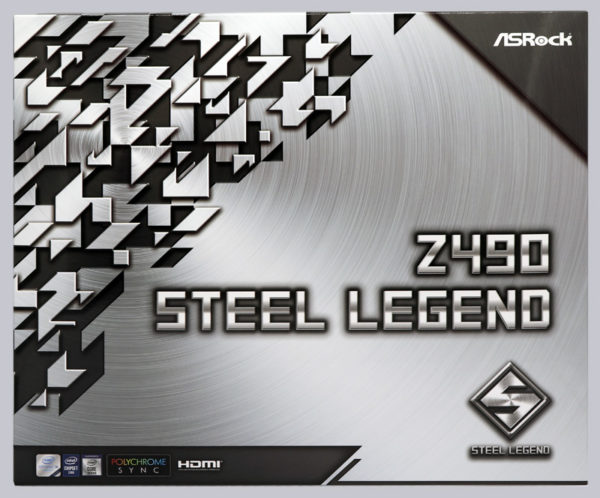 The back of the box shows some new features like 2.5 Gb/s LAN, Dual Ultra M.2, Nahimic 3D Audio, M.2 Cooler, Steel Slot and Polychrome RGB Connection and, in contrast to the B460 Steel Legend, depending on the CPU, support for Hyper M.2 via PCIe 4.0, but also USB 3.2 Gen2 support! 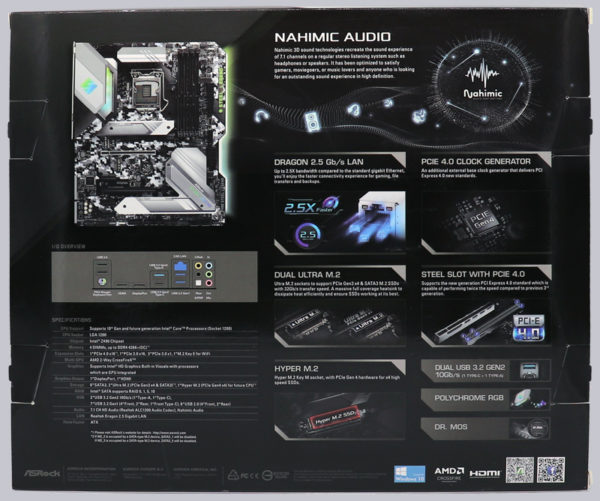 Let us now turn to the contents of the box. Included is a manual, a DVD, two SATA data cables (angled and straight), four screws for the M.2 sockets, two M.2 spacers and an ATX I/O panel. Additional USB slot covers or an ASRock USB 3.1 front panel are optionally available. 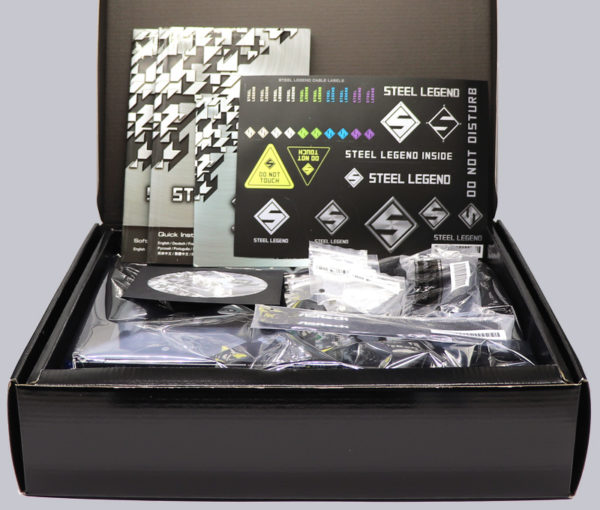 Also included is a cover with the Velcro cable ties and Steel Legend stickers from ASRock, which we already know from the B460 and H470 Steel Legend counterparts. 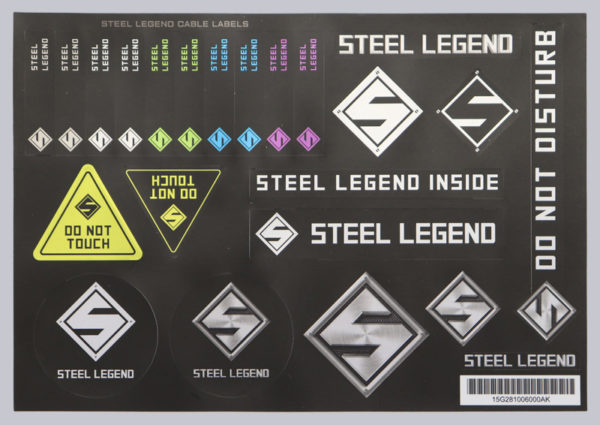 The Z490 Steel Legend was also encased in foam for safe transport and provided with an antistatic film. 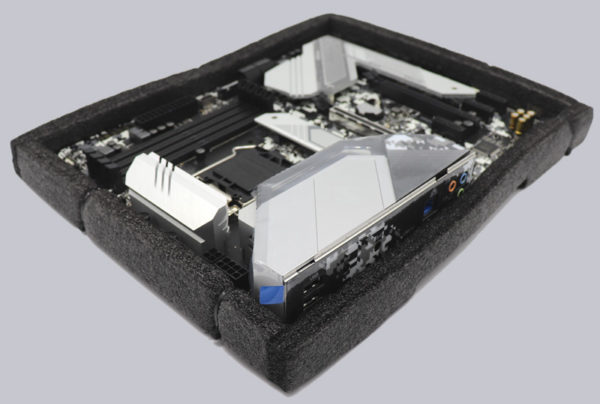 Then we can take a first look at the new ASRock Z490 Steel Legend motherboard. 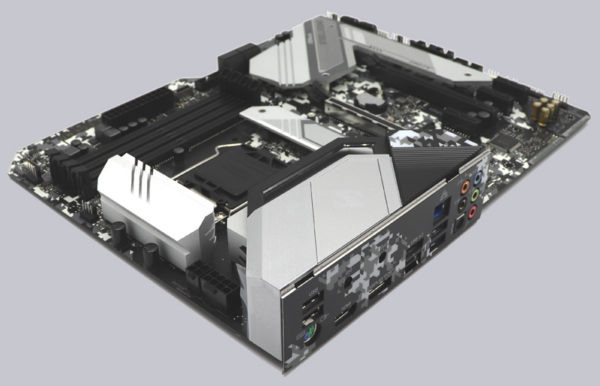