The EU saving madness continues! After light bulbs prohibition and 2-slot toaster prohibition now CPU coolers have to be expensively upgraded! On the basis of the latest eco-design-2017/0104/EC all CPU coolers must have a sense starting next year according to the EU Commission. No CPU cooler should fry more useless energy and what is there closer to put a frying pan on the cooler? We have two new Noctua cooler models looked at, the NH D15BP frying pan cooler and the NH D15GDKT Gourmet Deluxe Cooking Pot cooler we have tested with the ASRock Z270 Gaming-ITX/ac motherboard for a small LAN eSport computer on OCinside.de – quasi pan to go. Edit 2 April 2017 – Yes, it’s currently just an April fool.

Thanks for the support with the NH-D15GDKT Gourmet Deluxe Cooking Pot and the NH-D15BP frying pan cooler to the manufacturer Noctua.

The prices of the Noctua NH-D15GDKT gourmet Deluxe Cooking Pot and NH D15BP frying pan coolers so far still are not fixed, but hopefully soon listed at Amazon.

Here you can buy the cooking pot and frying pan cooler.

The delivery of the Noctua NH-D15GDKT gourmet edition pot …

Upon delivery of the gourmet edition pot from Noctua initially striking that the cardboard box is smaller than the Cooking Pot cooler, how can that be? Quite simply, the cooler will be served in the cooking pot. 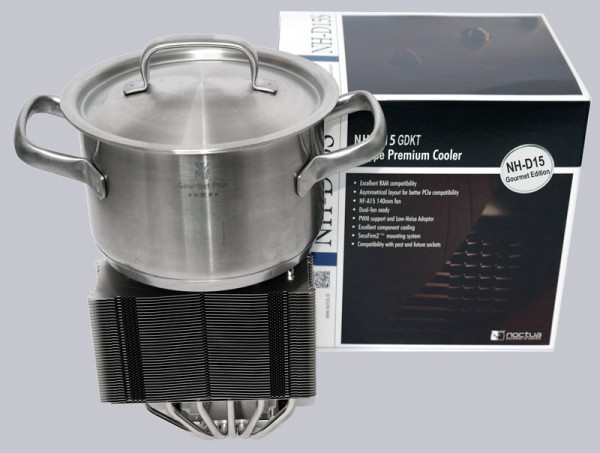 As you can see very nice, the Noctua NH-D15GDKT gourmet edition cooking pot cooler bottom plate is smooth polished like a fried egg. The plate is connected with six heatpipes to the pot. BTW. the pot is incidentally in the gourmet edition produced by WMF, because cooking pots are a new business territory for Noctua and probably for many other cooler companies such as Antec, Arctic, Cooler Master, Cryorig, Enermax and Scythe. 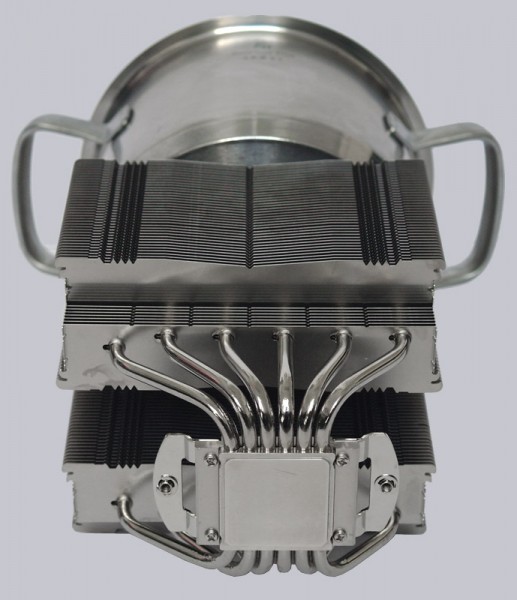 The Noctua NH-D15GDKT gourmet pot cooler is certainly not easy to install in a mini ITX case, but we have dared to install the cooler on the new ASRock Z270 Gaming-ITX/ac motherboard. Our testbench has never been so tall! 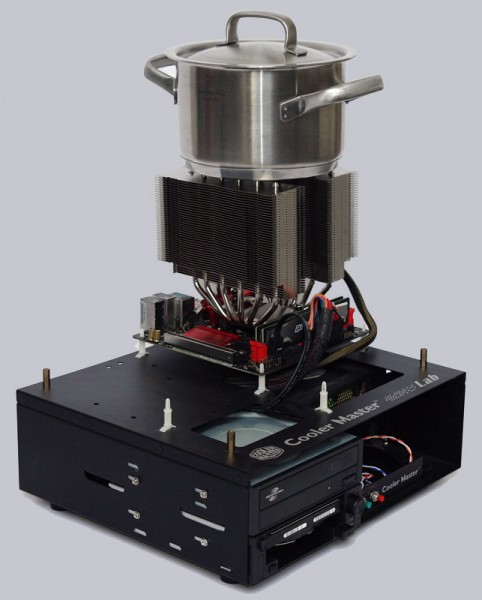 The Noctua NH-D15GDKT gourmet edition pot radiator has been tested with the following system:

What can I say? Even during the Windows installation, we could heat already the water temperature for the first dish, then we’ve cooked a soft-boiled egg with 3DMark. Fortunately the 3DMark Fire Strike benchmark takes exactly 6 minutes 😀

Not much more difficult, was the Chili con Carne preparation, which we could easily prepare with Prime95.

Next time we will test even the fried egg preparation on the new Noctua NH-D15BP frying pan cooler, which we were able to see already now exclusively as one of the first hardware pages. 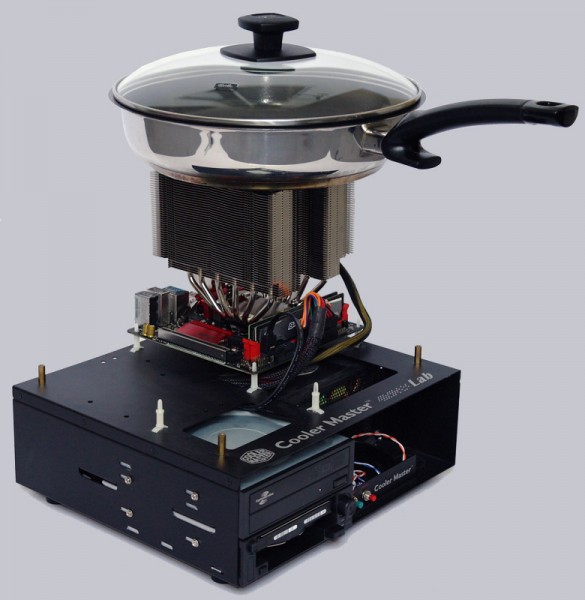 One advantage had the test of the new gourmet edition pot cooler and frying pan cooler, because we were no longer hungry during the whole benchmarks – EU is happy and Jens is full 🙂

And best of all, the Office remains pleasantly cool, because the food absorbs any heat and is no more pointless fried.

We hope that the development continues and soon the underfloor heating, shower, bathtub, and much more can be connected with a multifunctional connection system to the PC – a new custom loop that would be definitely worth for an overclocked PC.

Here you can discuss about the cooking pot and frying pan coolers.

Here you can buy the cooking pot and frying pan cooler.

Yes, this is (currently) just an April fool.