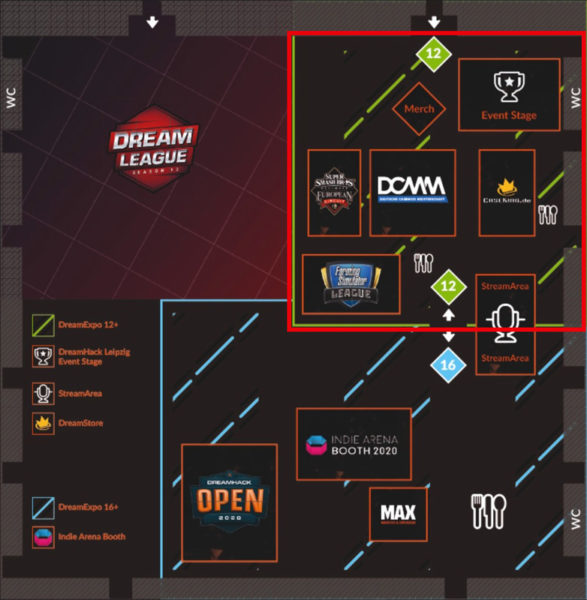 The hall of the DreamHack was divided into two parts by the organizers: an area that was accessible to everyone and a over 16 area, which was only accessible with a ribbon, which was obtained directly at the entrance.

The large event stage was right next to the entrance. Here you could linger and watch tournaments, take part in raffles, etc. On the other side of the hall was a fairly large merchandise area and the cosplay area, where we could again admire some successful costumes during our visit.

Last year we found that the DCMM case modding championship area still had potential for optimization, unfortunately not much has changed this year. The mods on display were really successful and all nice to look at, but the appearance of the live modding “aquariums” has hardly improved, nor has the safety at work – the USK12 area again worked without goggles, gloves and respiratory protection.

An interesting idea, on the other hand, was the new visitor modding area, where you could lend a hand under supervision!

This year instead of a booth, Caseking had a store where some interesting offers could be dusted. As always, some cool King Mod systems were exhibited.

Two smaller dining areas and the streaming area rounded off the USK 12 area. The majority of the manufacturers, as well as the main stage was in the USK 16 area.

Click on the following picture to open the gallery with the DreamHack USK 12 pictures. With the cursor keys right / left or with the arrow keys within the picture you get to the next or previous picture. 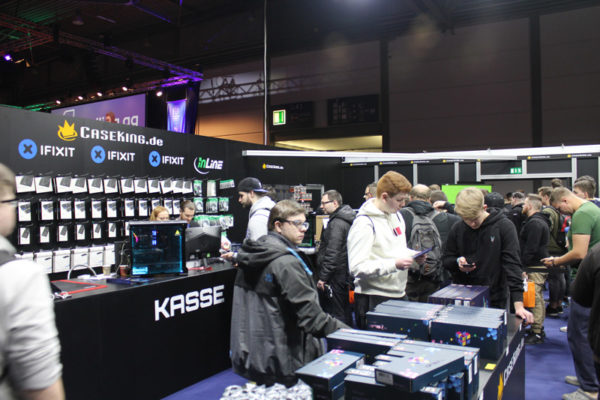 Continue to the o16 area on the DreamHack …