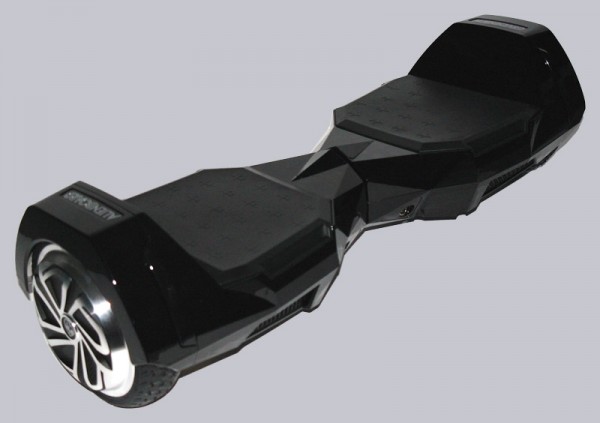 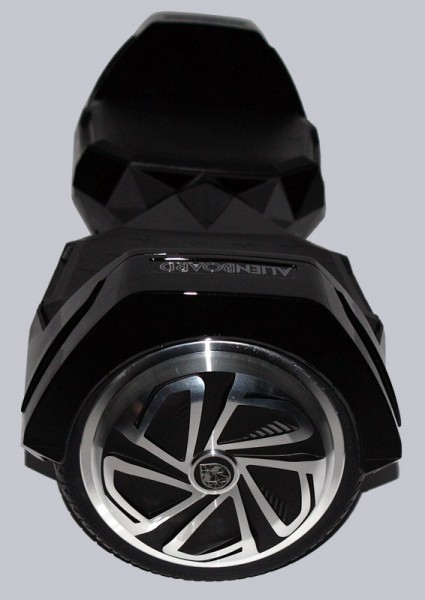 The principle of hoverboards is similar to that of the well-known Segway, but without a support bar: Position sensors, so-called gyroscope sensors in the rubberized treads react to the smallest movements and then separately control the motors of the two 6.5-inch (approx. 16 cm) wheels via sophisticated electronics in order to maintain balance, forward, backward and steer.

Here you can see the two moving parts with the standing surfaces. The push-button has been integrated on one side and a 3-pin connector on the other. A small notch in the plug should prevent the charger plug from being inserted incorrectly. If you push a little harder, you could still make it. Before charging the battery, always take a close look at the notch.

The power button is well hidden, but can still be pressed easily.

Here you can see the tightly screwed solid rubber tyre and a warning sticker. 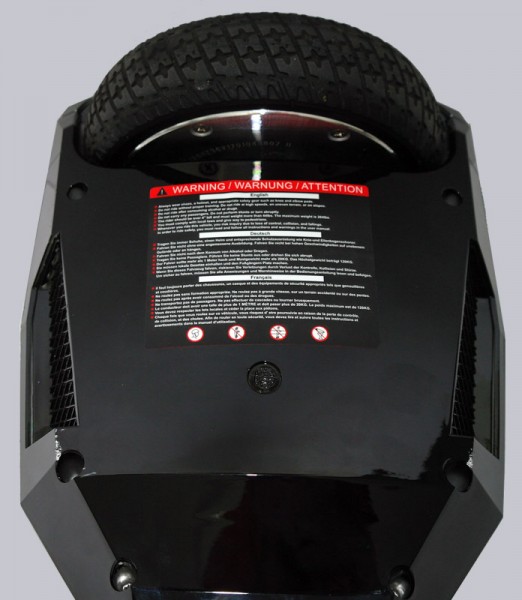 Before you start driving, you should familiarize yourself with the instructions and at least heed the warnings on the sticker. 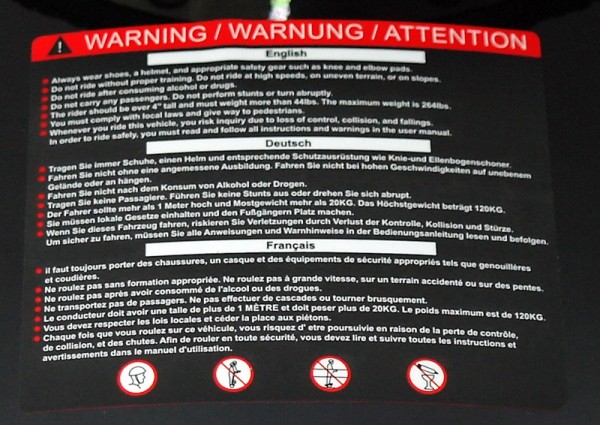 On the other side you can see another sticker, which is not uninteresting. There have already been several recalls of hoverboards, as their lithium-ion batteries were in some cases extremely dangerous. This is why there are now certified e-boards, such as this Alienboard BatWings hoverboard. The UL2272 sticker of the US safety organisation UL with the UL2272 certificate number E488294 tests the electrical safety of the hoverboards. No more, but also no less. In the database at database.ul.com you can find the BatWings XVE-4200200 from Alienboard. 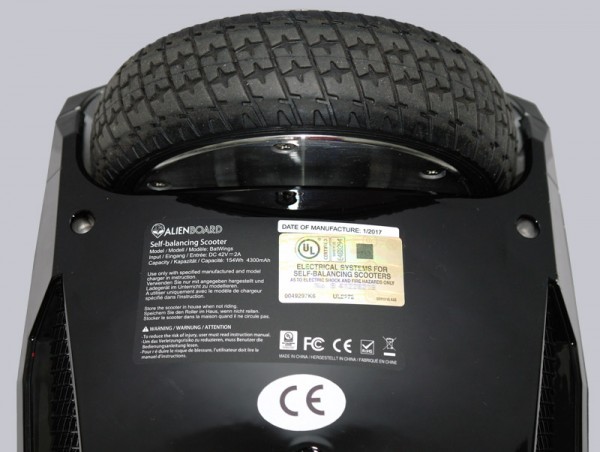 Of course, we also dismantled the hoverboard to convince ourselves of the quality of the workmanship and the structure. We also wanted to make sure that the technical data is consistent with the internal values. The picture shows the battery side with the electronics. 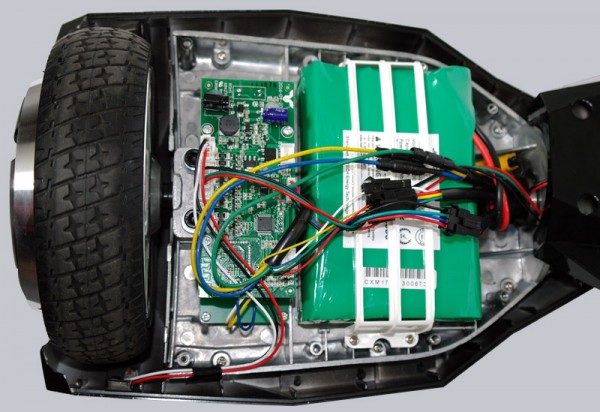 What has irritated us, however, is that manufacturers advertise with the following slogan: “We proudly use batteries with Samsung cells” as well as “… and are powered by an incomparable battery with Samsung cells”. In our hoverboard, however, there was a Shenzhen JETECH Energy Technology Co., LTD Jetech JT-BC200-03 lithium-ion battery 36V 4.3Ah 154Wh installed. The Alienboard.de Customer Service wrote to us: “Our batteries are assembled from different quality components, including Samsung cells.” 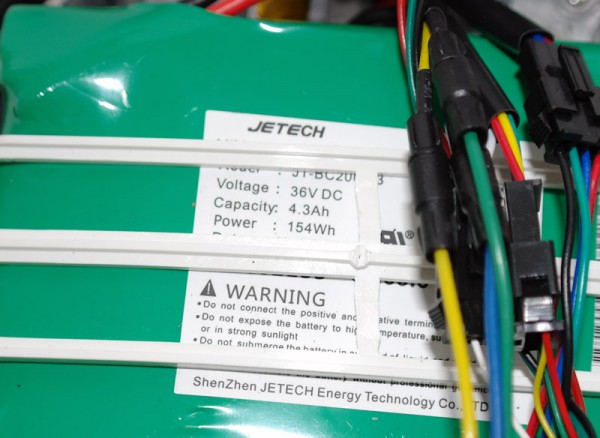 The other side shows further electronics, well laid cables and a piezo buzzer, which is responsible for basic signals. 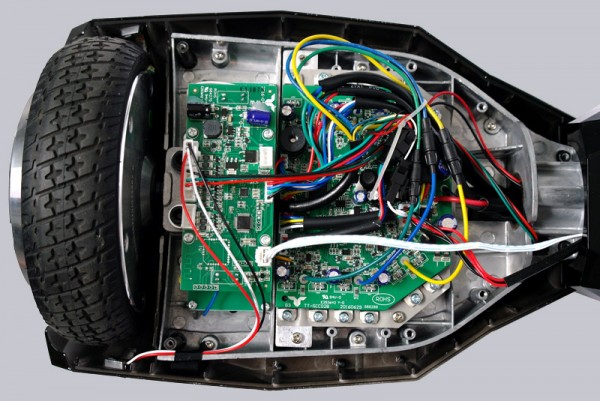 All components have been soldered together and the high-performance controllers are also well cooled. 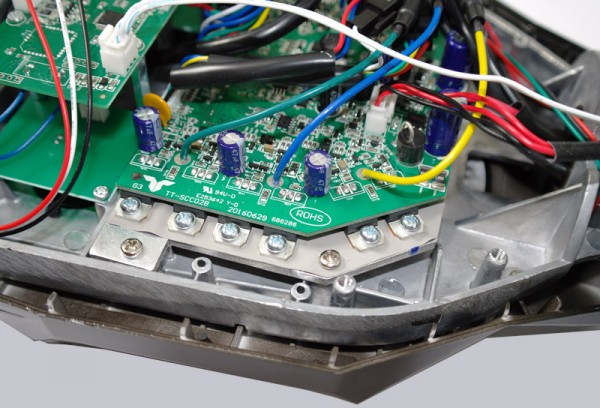 Another special feature of this hoverboard is, according to the manufacturer, the Bluetooth loudspeaker. AlienBoard has a loudspeaker and a Bluetooth module integrated in the top of the housing. 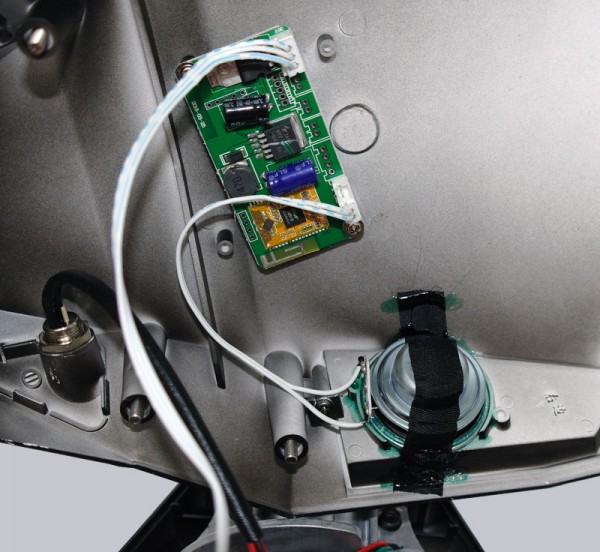 So we disconnected the Bluetooth module to fix all these problems 😉 The Bluetooth connection via smartphone is unfortunately only used for music playback anyway and cannot be used with Ninedroid, or similar apps to query the charge status, speed, etc. 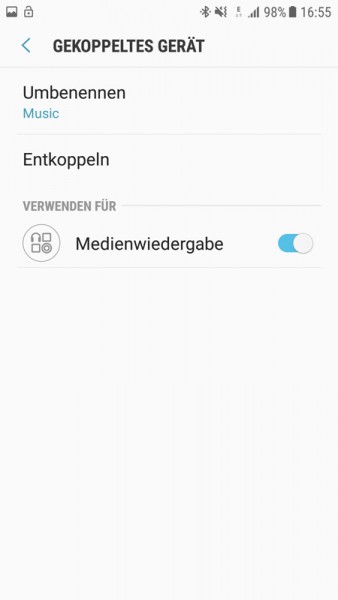 Continue with the most beautiful part of the test … the practical test of the Alien Board hoverboard.