Let’s now start with the ASRock Radeon RX 5600 XT Phantom Gaming D3 6G OC. In contrast to the RX 5500XT, this one is equipped with a 2.7 slot triple fan cooler. The design is otherwise almost identical to that of the RX 5500XT, only the grey tone is missing.

The design of the backplate, which is also manufactured to a high standard of quality, is also reminiscent of the RX 5500XT, although the RX 5600XT is somewhat more aggressive. As the backplate is also flush with the board, the remaining heatsink clearly stands over the rest of the board due to the triple-fan design. There are also no heat conduction pads under the backplate. 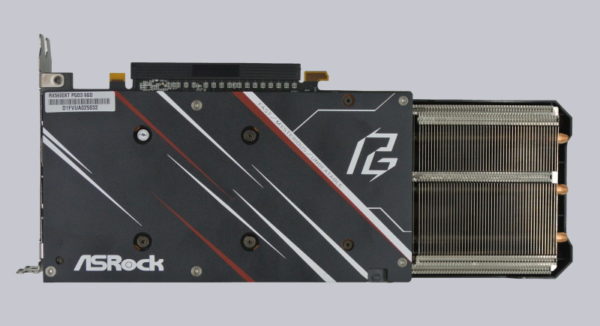 From a bird’s eye view, the LED Phantom Gaming logo is as striking as its little sister. Even if in our eyes the design of the RX 5500XT is a bit better. The RX 5600XT also has an 8-pin power connection.

On the connection side, however, we find a little surprise, because the order of the connection ports has been changed here. Otherwise, the design is virtually identical.

Dismantling the cooler was also no problem. Interestingly, the power supply of both cards is almost identically dimensioned, which speaks for a similar power consumption. But ASRock uses six 1 GB chips for the memory assembly. So in total we arrive at the mentioned 6 GB. 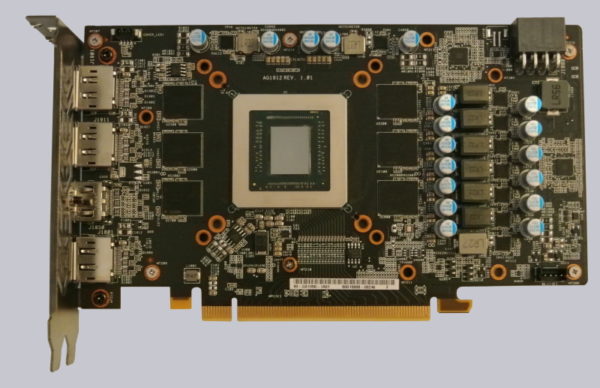 Of course we also take a look at the heat sink. Also 3 copper heatpipes can be seen on closer inspection. But the cooling surface for the GPU die is only nickel-plated and not polished. Otherwise the cooler also makes a valuable impression. 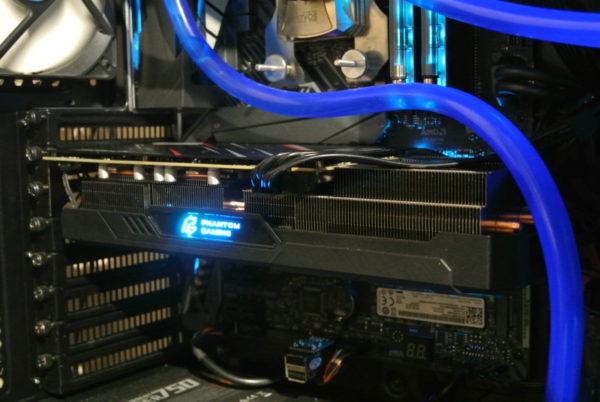 After our hardware digression we now come to the software …

Since we reported very extensively about the settings of the Adrenalin driver in the Review of the AMD RX 5700 (see ASRock Radeon RX 5700 Challenger D 8G OC Test), we will have a look at the graphics card settings of the Polychrome Sync Software from ASRock today.

After the start we first find an overview of the motherboard lighting and the available hardware. In our case it is the Phantom Gaming RX 5600XT. In the right area we can select different lighting modes and colors. The available modes are Static, Breathing, Strobe, Cycling and Random. By the way, the infinity sign next to the graphic card on the left side is used to couple the illumination to that of the rest of the system (Polychrome SYNC). 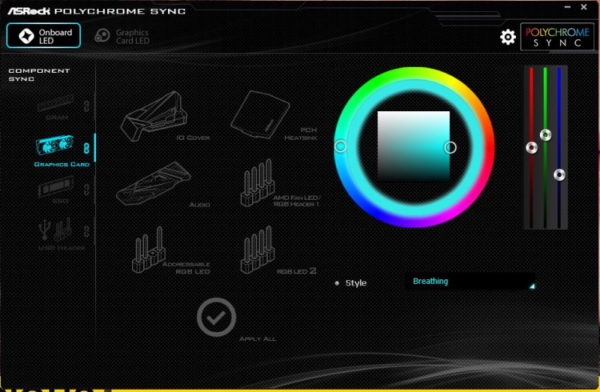 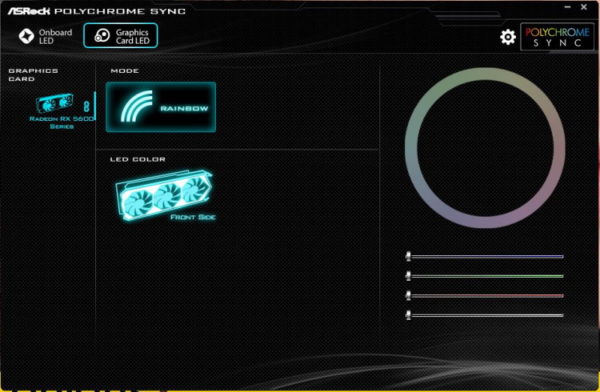 In addition to Rainbow, several effects are of course available. We have also shown some effects in our ASRock RX 5700 XT Taichi RGB Effects Video on the OCinside YouTube Channel. So here you can let off steam according to your taste! 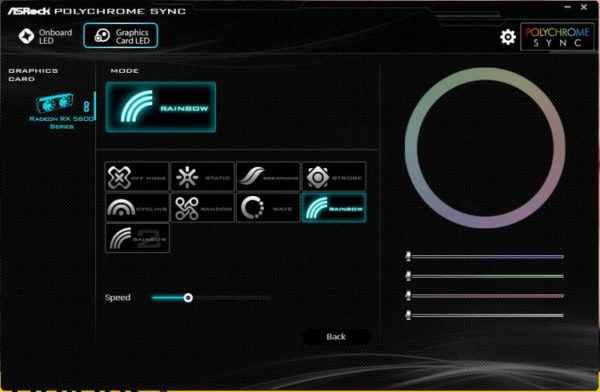