Let us continue with the most important part of the test report, the highest possible stable performance. The multiplier adjustment remains on 13x with all frequencies, because an adjustment for the CPU in half multiplier steps would be too inaccurate to get nearly the same CPU frequency for all tests. The additional XMP test was made with the ASRock Z68 Pro3 motherboard and an Intel Core-i5 2500K CPU. Microsoft Windows 7 Ultimate Edition is used as the operating system. The stability was examined with the software Memtest86
and SiSoft Sandra Lite 2010c and Sandra 2012 is for all benchmarks used, because it offers extensive adjustments and a fast result comparison. BTW. the latest SiSoftware Sandra 2012 version is available on our download server and can be downloaded very fast. All memory benchmark tests are also included in the free Sandra Lite version.

First the maximum possible frequency of the memory module was determined with default 1.50 Volt (1.53V). The memory frequency was increased in small steps with a fixed memory timing of 8-8-8-24 2T and default memory voltage, as long as the detailed memory test with Memtest86 runs without any errors. This quite long testing time ensured that this frequency works really stable with these modules. 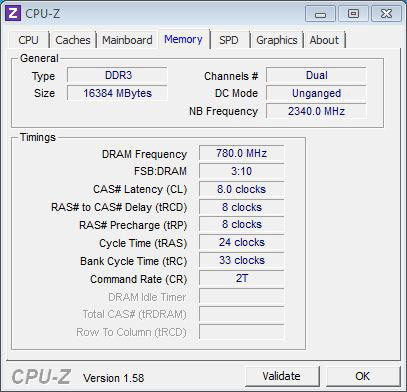 It’s possible to run much higher frequencies with increased voltages or lower timings, because the frequency values and timings depends directly from each other.

The benchmark comparison of all DDR3 modules were tested with the default 1.53 V, where these modules reached 1560 MHz. This highest possible clocking on the default DDR3 voltage was compared with two other settings. On the one hand they were tested with 200 MHz reference clock x6,66 = 1333 MHz and SPD values (SPD values are programmed in the SPD IC by the manufacturer). On the other hand the highest possible frequency was determined at 8-8-8-24 2T with the permitted manufacturer voltage. 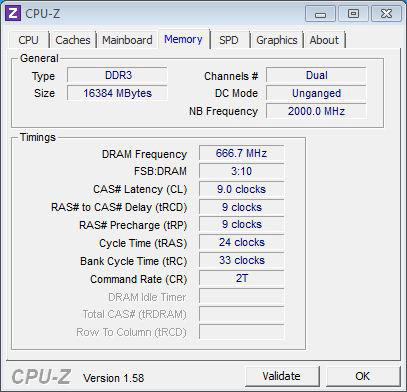 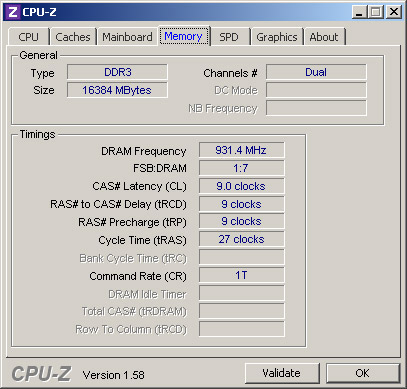 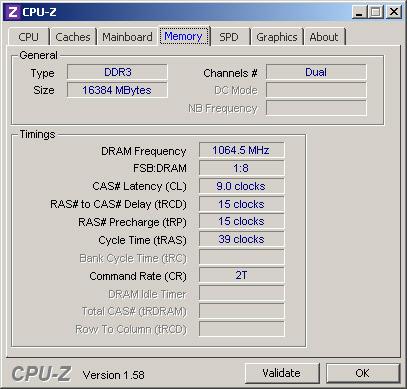 An inoffical overclocking test outside the manufacturer specification with approx. 2.00 V Vmem offered with the fast timings of 8-8-8-24 2T a maximum of 1667 MHz. 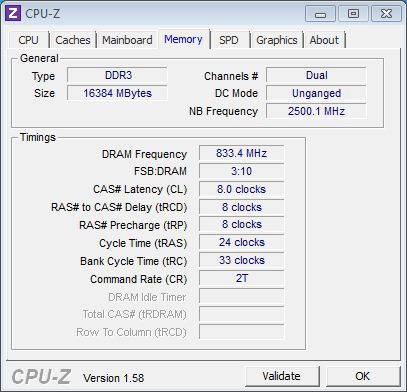 By the way, the “Memory Bus Range” is no benchmark value, but this value is quite simple to calculate by the frequency and this is useful for a benchmark comparison. For own comparisons with the values from older Sandra versions before Sandra 2011 it is important to know, that starting from the version 2011 the memory performance in SiSoftware Sandra is differently calculated and one must convert the value, in order to get identical results: Sandra 2010 value /1024/1024*1000*1000 = Sandra 2012 result.

Here’s a diagram of the benchmark values:

Here is a direct comparison of some DDR3, DDR2 and DDR memory benchmark results: