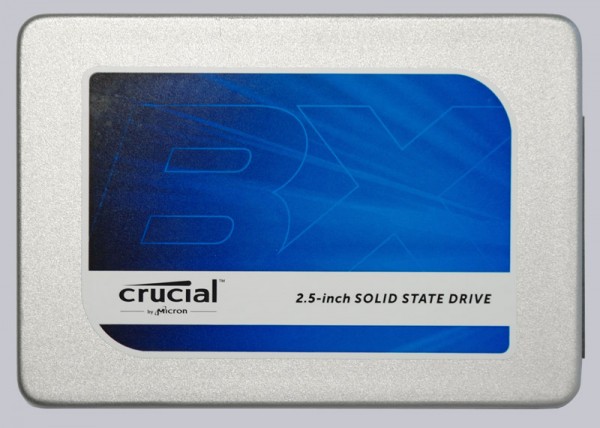 On the back you can see a label on the Crucial BX200 2.5″ SSD with a few technical data and the installed firmware version. You can see the SATA3 connectors for power and data in the picture on the left. The SSD connector is identical to conventional SATA hard drives and a SATA3 SSD can be operated with a lower speed at an SATA2 interface: 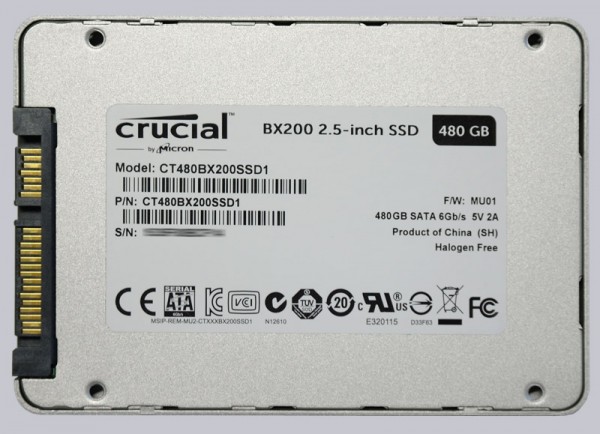 BX200 SSD like the BX100, MX100 and MX200 is made in a lower construction height. Contrary to some previous SSDs it is only 7 mm and no more 9.5 mm such as the Crucial m4 SSD. Crucial includes a 7 mm to 9.5 mm adapter frame which can be placed or sticked on the SSD, if necessary to stay compatible with the popular height of 9.5 mm.

Opening the Crucial BX200 SSD is not quite so simple as at the last Crucial SSDs, because the enclosure is pressed together without screws.

Nevertheless we managed carefully opening the SSD, to allow a glimpse of the BX200 PCB. Here you can see the SSD circuit board along with two SSD halves: 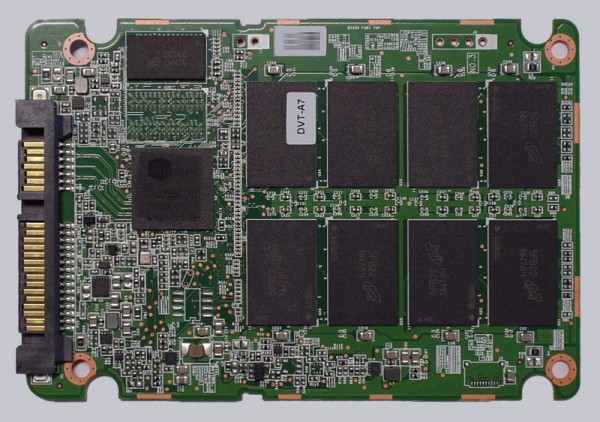 Contrary to the 500GB MX200 SSD a significantly cheaper Silicon Motion SM2256 controller is used, supporting TRIM and Active Garbage Collection, but unfortunately no 256-bit AES encryption. Additionally the Crucial BX200 has instead of the usual MLC Flash a combination of 3 bit TLC Flash with fast SLC cache (3 GB SLC for the 240 GB TLC SSD, 6 GB SLC at the 480 GB TLC SSD and 12 GB SLC at the 960 GB TLC SSD) to compensate the lower write speed. So, technically it offers less features and has a cheaper Triple Level Cell NAND Flash. 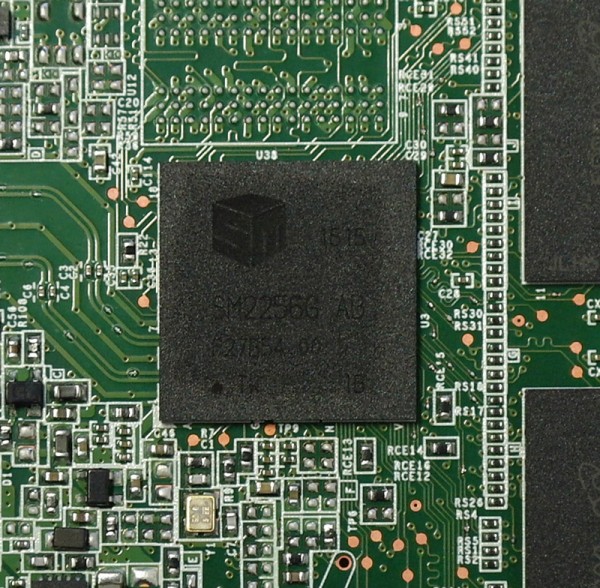 On the back of the Board, it looks pretty empty at least inside of the Crucial BX200 500 GB SSD or rather only 480 GB after Over Provisioning. 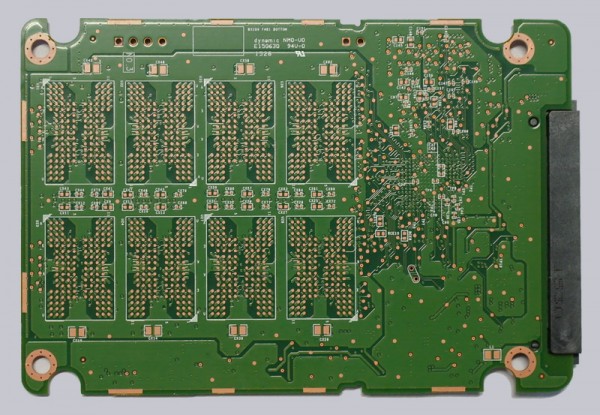 After we now the Crucial BX200 480 GB SSD included in the truest sense of the word more closely scrutinized, we now proceed with the firmware update. 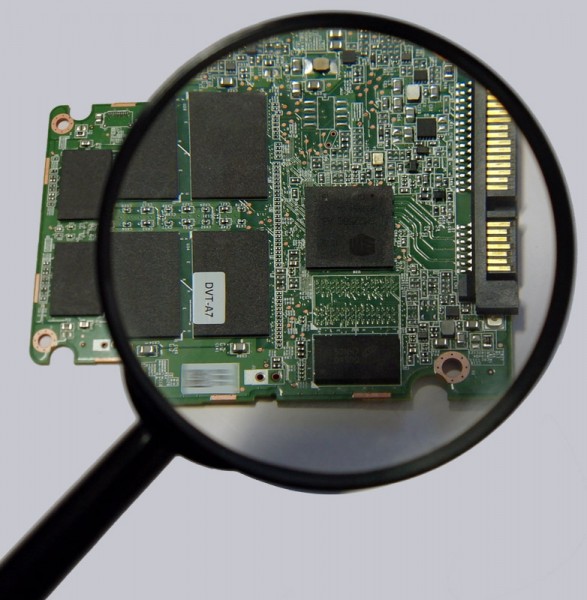 The BX200 SSD has been delivered with the MU01.4 firmware. At test time the MU02.6 firmware was available from Crucial for this BX200 SSD. We have of course immediately installed the latest firmware and compared Crucial MU01 vs MU02. With the latest Crucial Storage Executive Tool, you can upgrade the SSD firmware relatively easy, but you should always backup important data before updating the firmware. We have also tried it with the classic method: Download the Crucial MU02 firmware, unzip the included ISO file, transfer the ISO file with unetbootin to an USB stick (can be transfered on CD or CDRW as well), boot with the USB stick and immediately updating the SSD firmware. If you get the message “no supported drives found in the system”, you should check the BIOS settings.

If the update worked properly, the BX200 firmware update from MU01 to MU02 is available after next PC power on.