Under the label are the Marvell 88SS1074-BSW2 controller IC, a Micron 512MB cache module and Micron NAND FLASH modules. 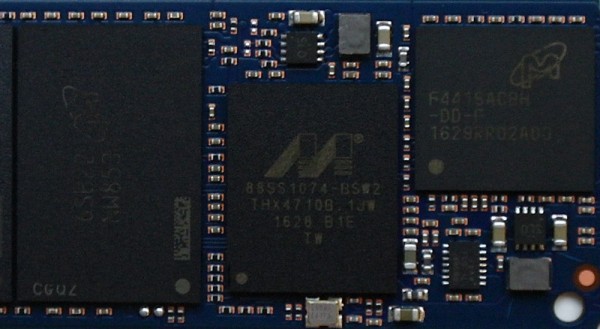 On the back of the 525 GB SSD are no more FLASH modules.

After installing the M.2 SATA SSD in a free M.2 slot it is easily detected. 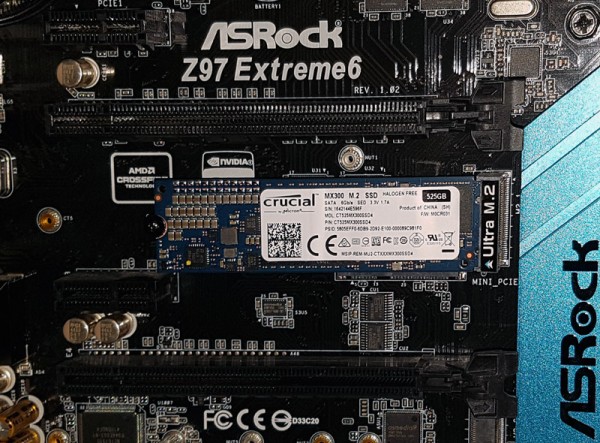 If the M.2 SSD is not recognized, you should take a look in the UEFI BIOS, whether the M.2 slot is set to auto or force M.2, since the M.2 slot is often shared with SATA ports.

Who like to know more about M.2 SATA, M.2 PCIe, 2280, Gen2 x2, etc., should take a look here in the Plextor M6e review, where we’ve explained all important formats, lanes and speeds of the M.2 standard.

The MX300 M.2 SSD shipped with the M0C031 firmware. We have of course immediately installed the latest firmware. The M0C040 firmware was available at test time from Crucial for the MX300 SSD. With the new Crucial Storage Executive Tool, you can upgrade the firmware of the SSD relatively easy, but you should always backup important data before updating the firmware. You can install it also with the classic method: Download the Crucial M0C040 firmware, unzip the included ISO file, transfer the ISO file with unetbootin to an USB stick (can be transfered on CD or CDRW as well), boot with the USB stick and update the SSD firmware. If you get the message “no supported drives found in the system”, you should check the aforementioned BIOS setting. 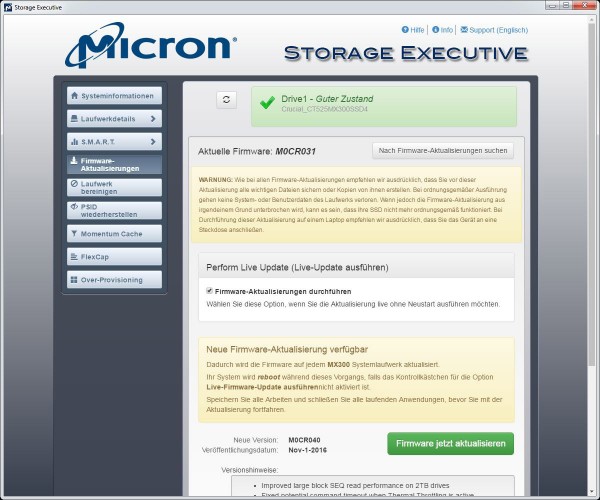 If everything worked properly, the MX300 firmware update from M0C031 to M0C040 is available after power on the PC. 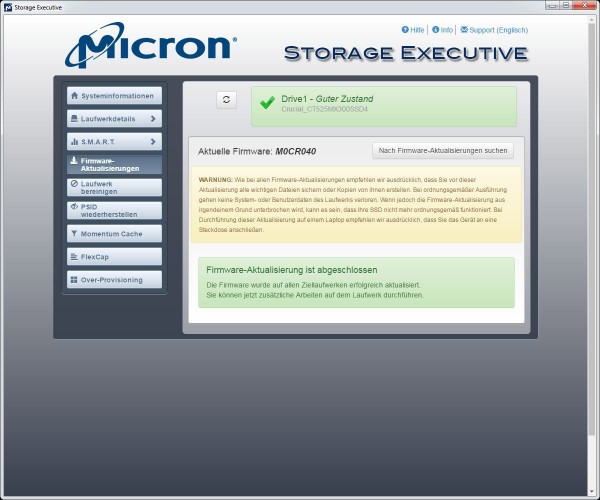 The Crucial Storage Executive tool shows all SSDs and HDDs that are installed, values like SMART, allows the activation of momentum cache function that uses the memory as a buffer, allows the setting of Over provisioning part, and updating the firmware. 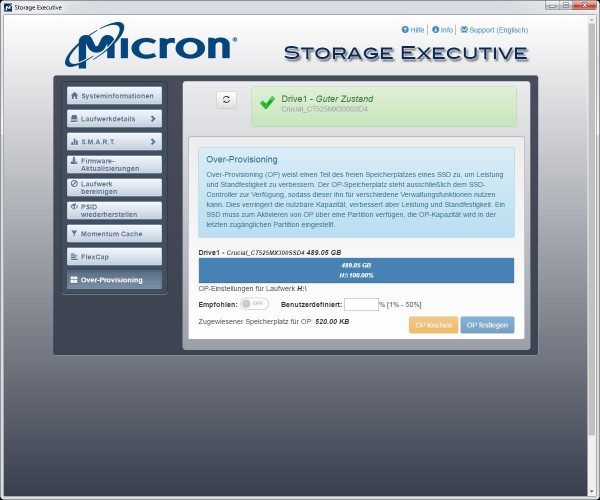 Before will come to the benchmark results, we want to show something very special on OCinside.de for now and that is the heat distribution and temperature of M.2 SSD with an infrared thermal imaging camera, which also supports image overlay and resulting in an interesting mixture of the infrared image and real image. 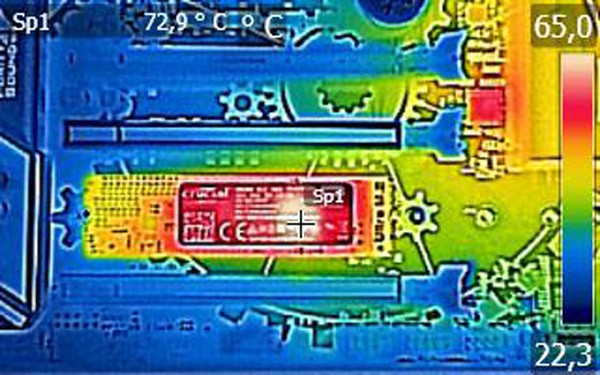 But this not enough, we want to show even a video in our OCinside YouTube Channel where we have filmed the M.2 SSD on an ASRock Z270 Taichi motherboard with the thermal imaging camera, while the AS SSD benchmark is completed. To prevent that you have to wait too long, the IR heat film is shown in 4x speed.