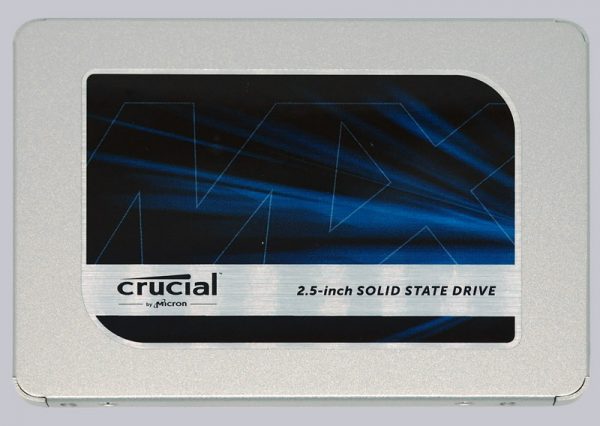 … which looks almost identical to the previous Crucial MX300 SSD. 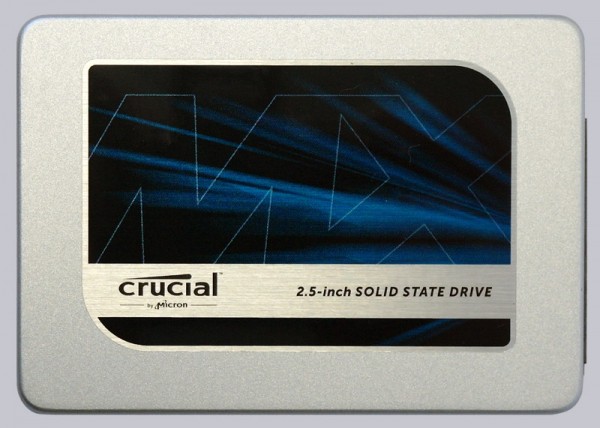 The back side shows the label of the 2.5″ Crucial MX500 SSD with some technical data and the firmware version M3CR010, which was pre-installed. The two SATA3 connectors for power supply and data connection are shown in the following picture on the left. The SATA SSD connector is identical to conventional SATA3 hard disk connectors, whereby a SATA3 SSD can also be operated with a lower speed at a SATA2 interface. 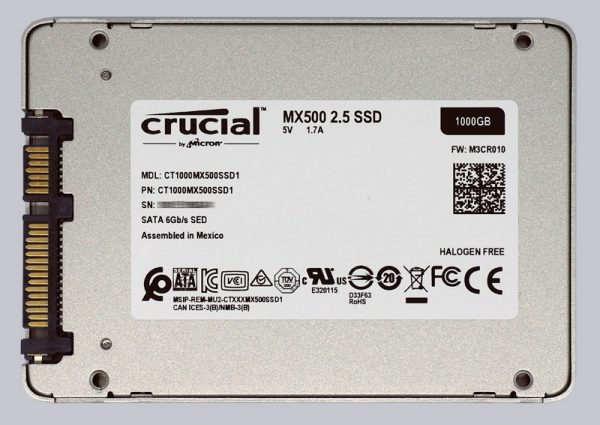 The MX500 SSD, like the previous Crucial MX300, MX200, BX300, BX200, BX100 and MX100, is manufactured in the flatter height, which is only 7mm compared to the predecessor SSDs and no longer 9.5mm. If required, the supplied 7mm adapter frame can be placed on or fixed to 9.5mm adapter frames to remain backward compatible with 9.5mm height (for example in notebooks).

The case of the Crucial MX500 SSD has been fitted with screws again. Here you can see the small SSD PCB together with the SSD cover and the four screws. 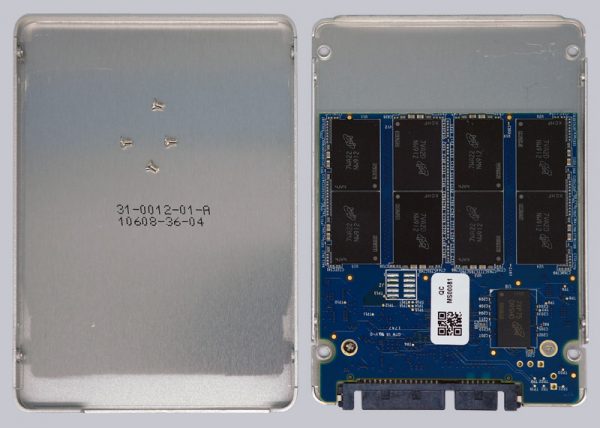 You can see the eight of the sixteen Micron NW912 Micron 64 Layer 3D TLC NAND modules of the SSD with a total capacity of 1000GB. We have already explained the differences between TLC, SLC and MLC extensively for example in the Windows practice test of Crucial BX200 480GB SSD. The MX300 is equipped with the 3D TLC NAND and the BX200 is equipped with a simple TLC NAND, which could only maintain a high write performance due to the SLC cache size. As we will see in the benchmarks, Crucial was able to find a good solution for this with the MX500. 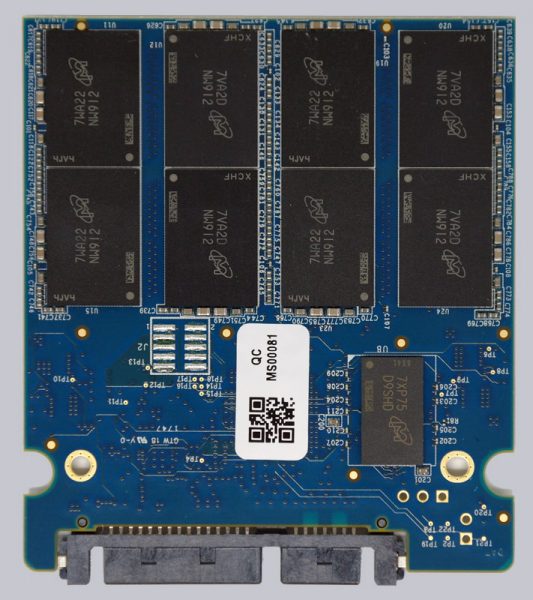 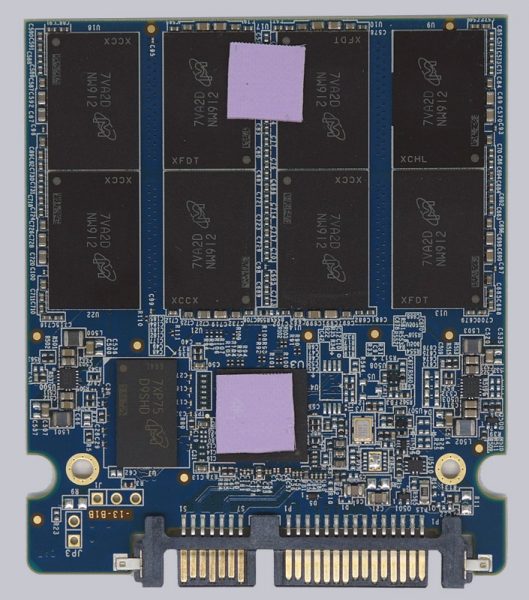 … if we remove the two thermal pads, we can recognize the Silicon Motion SMI 2258H Controller IC and the second Micron D9SHD Cache device. 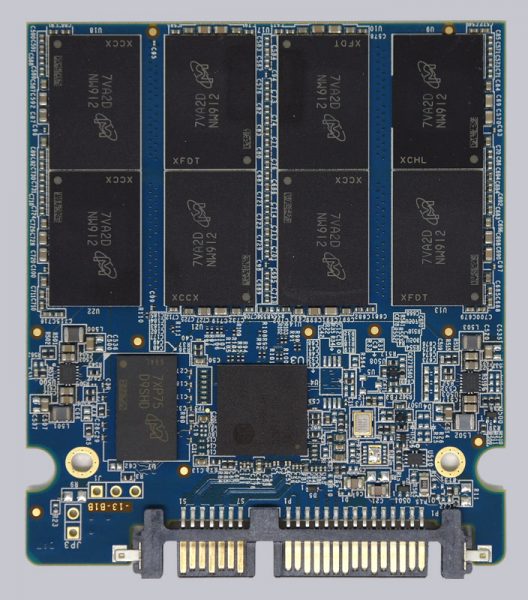 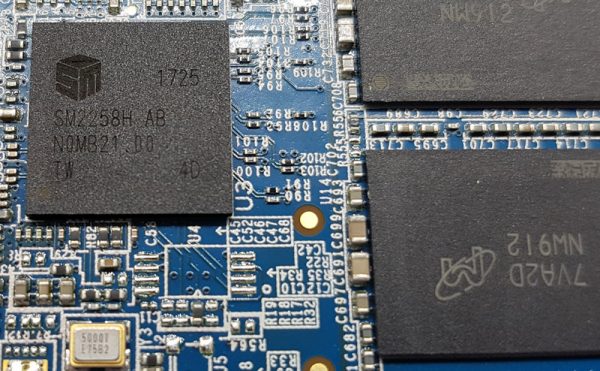 After we have shown the design of the Crucial MX500 1TB SSD, we now come to the firmware update.

The MX500 SSD is delivered with the M3CR010 firmware. Crucial provides this firmware version M3CR010 for the MX500 as the latest SSD firmware. With the new Crucial Storage Executive Tool you can update the firmware of the SSD relatively easily, but as always you should back up important data before the firmware update. Usually, however, the classical method can also be used: Download the Crucial Firmware, unpack the ISO file, transfer the ISO file with unetbootin to a USB stick (alternatively burn it to a CD or CDRW), boot the USB stick and the firmware update starts.

The Crucial Storage Executive Tool can be downloaded from the Crucial website and is quickly installed. 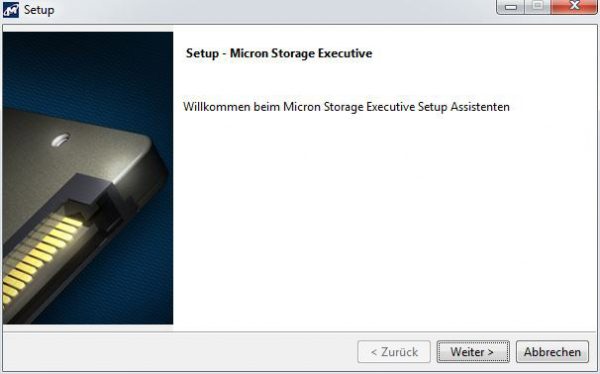 The Crucial Storage Executive Tool clearly shows which SSDs and hard disks are installed, is showing the SMART values and updates the firmware. 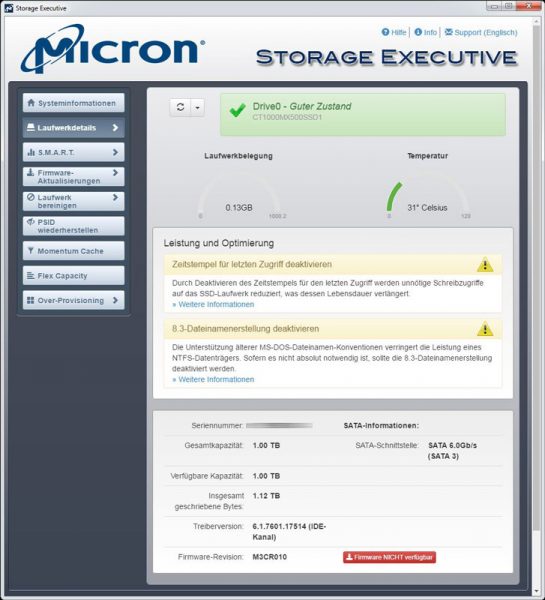 It allows the activation of the Momentum Cache function, which uses the memory as buffer and with Crucial Storage Executive Tool you can securely delete the SSD by Secure Erase. 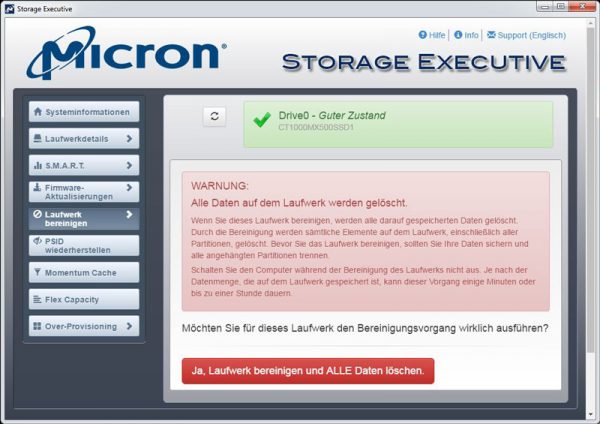 In addition, the Crucial Storage Executive software enables the setting of the over-provisioning area. 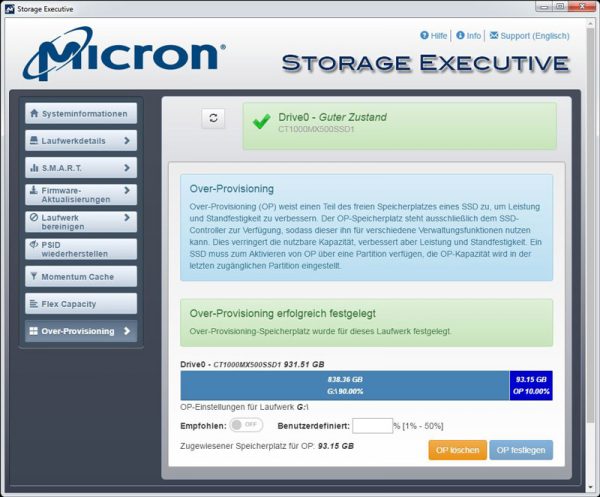 Before we continue with the benchmark results, we would like to show something special on OCinside.de and that is the temperature including heat distribution of the external SSD. For the thermal images we are using an infrared thermal imaging camera, which supports image overlay and thus results in an interesting mixture of the infrared image and the real image.

Here you can see a Crucial MX500 thermal image, where you can see very well that the Crucial MX500 1TB stays pleasantly cool even after some benchmarks and therefore no thermal problems are to be expected. Heat is not generated by the NAND components, but almost exclusively by the controller IC. This also explains why heat conductive pads were not applied to every NAND IC. 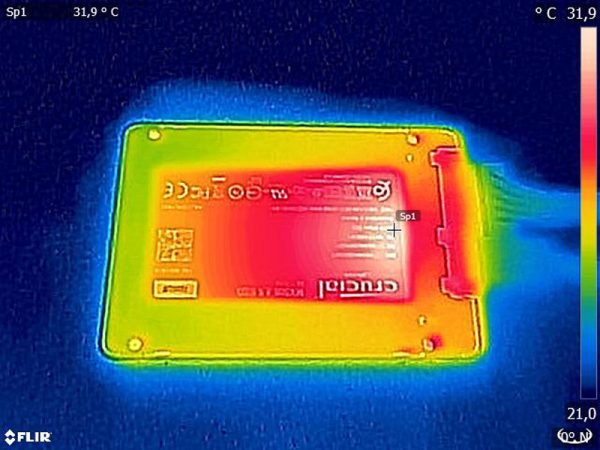 After all this information we finally come to the Crucial MX500 1TB benchmarks.