A first feature regards the side panels. They are not attached in a classical way with screws, but held in position by means of clamps. Here you need to take special care. If you drop the side panel and the glass is mechanically damaged, you’ll have many fragments just like a car window breaks into many small “cubes”. 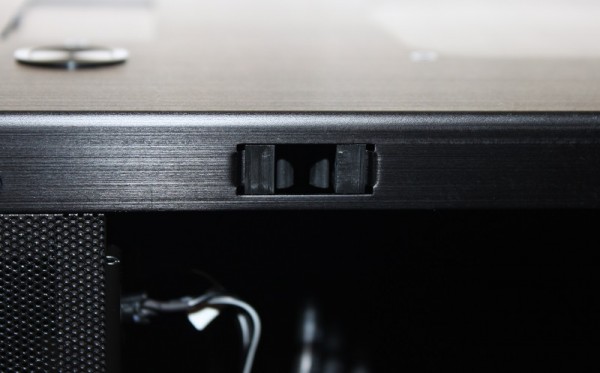 Do we have the side panel removed, we can take a look at the interior. In this picture you can see very good the three-chamber design, which allows a better system cooling. 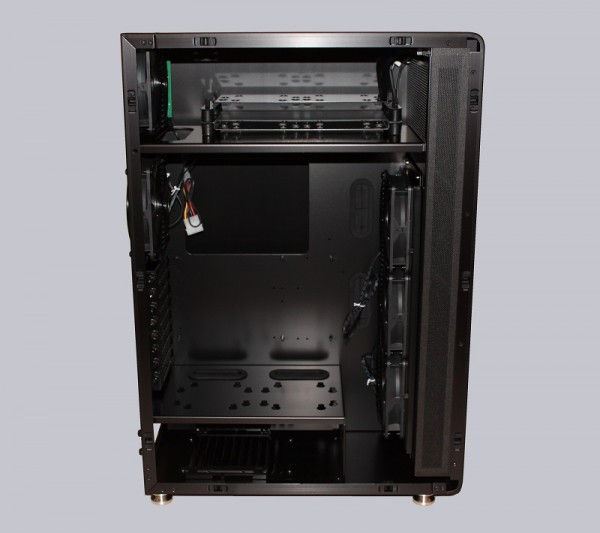 At the bottom, the power supply is mounted, which can spread it`s cables over the three bushings into the upper housing. On top of the power supply chamber, the housing offers the possibility of installing two 3.5-inch or two 2.5-inch hard drives. 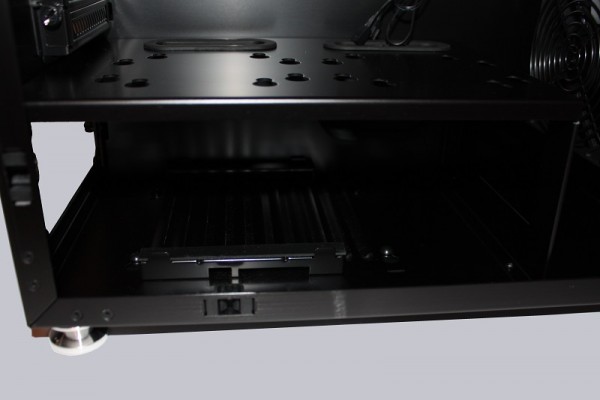 In the main chamber you can find the motherboard mount plate which has a large CPU cutout that makes the mounting of a CPU cooler much easier. 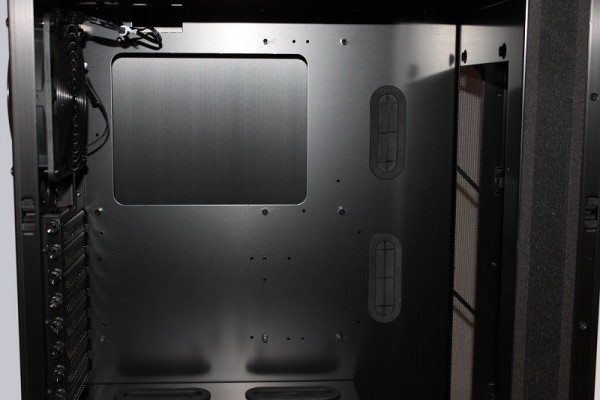 Already mounted in the backside there is a 120 mm fan. 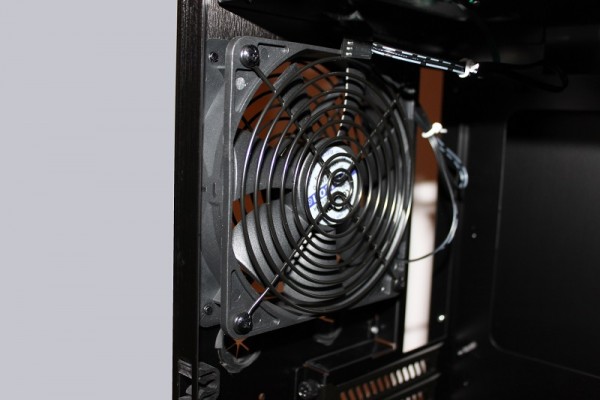 In the front there is a bracket with three 120 mm fans mounted. 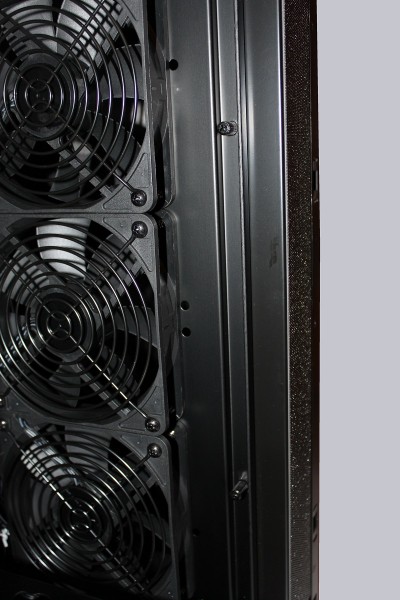 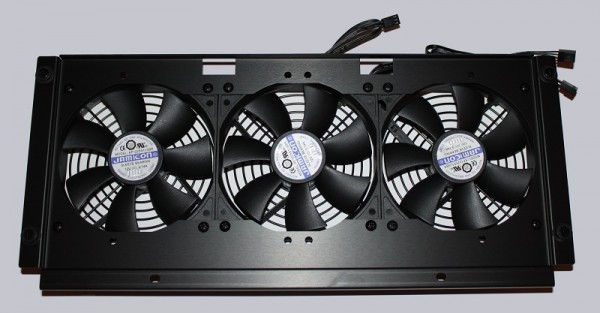 … for example, to clean the fans or to create more space for one of these graphics cards monster. Due to the two additional cable holes we can connect the power cables to the motherboard. Unfortunately, Lian Li has not provide the upper hole with a rubber protection. 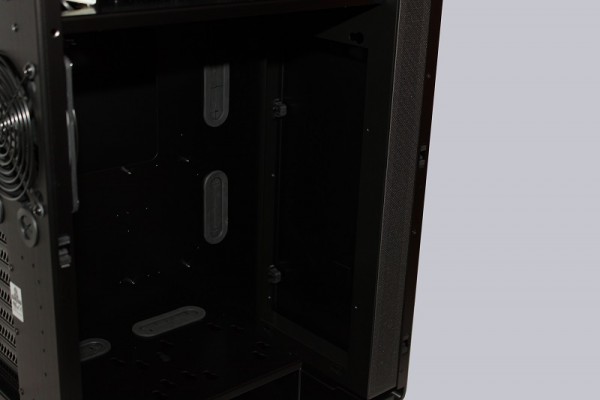 Now let’s take a look at the top of the Lian Li PC-X510 aluminum case. In the front part there is the bottom of the connection panels, where the cables are attached. 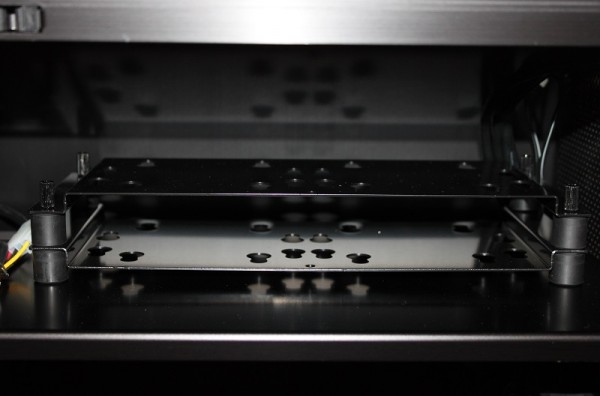 Further features of the upper part are the two frames which can hold up to two 3.5 inch or 2.5 inch hard drives. Although the drives can be “pushed” on the power supply chamber simply by the installed rubber buffer, you can only mount one hard drive that way, because of the rubber buffers, there are only eight of them in the scope of supply. 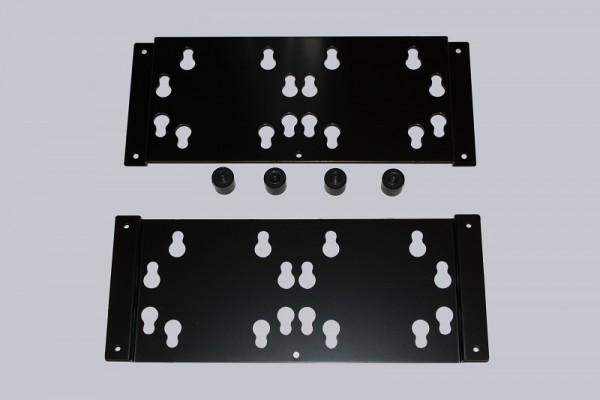 In the back we see the already mounted 120mm fan and a 4-channel fan controller, which can be controlled via the potentiometer between 60% – 100%. 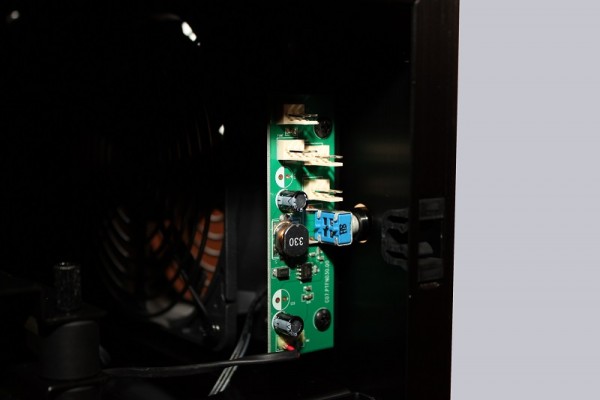 It is incomprehensible why only four channels are available, because there are already five fans built into the housing. Even extension cables for the fans are not supplied, so that you are able to connect the three front fans to the controller. Even if you want to mount two additional fans in the top cover, there is no Y-adapter included to connect them. That’s all theoretically no problem if the case would provide an external 5.25-inch or 3.5-inch drive bay where you could mount a multi-channel fan controller. This should not happen with a case in this price range.

A clever detail is still in the fan grills that are mounted on both sides of the case. 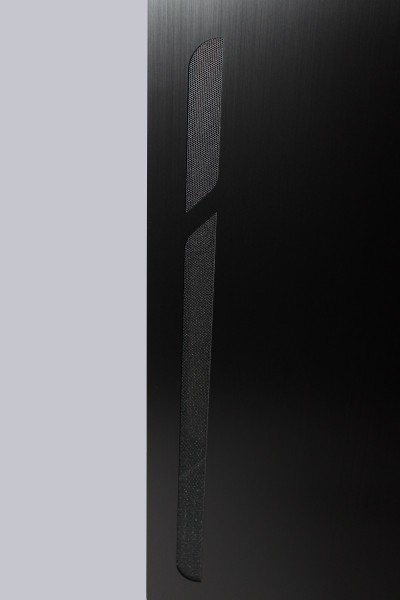 These dust filters, which have a magnetic edge, can be easily removed, cleaned and reinstalled. 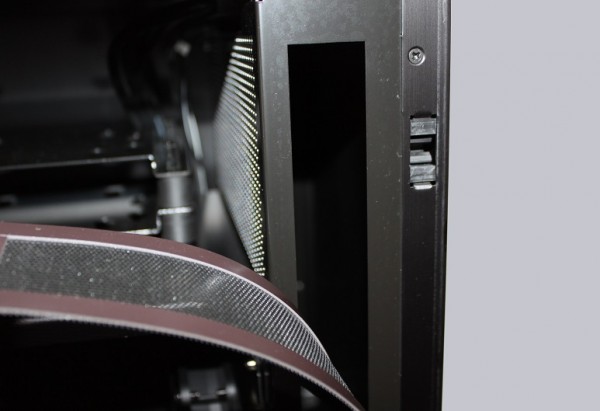 The back and the space behind the motherboard tray is surprisingly generous. 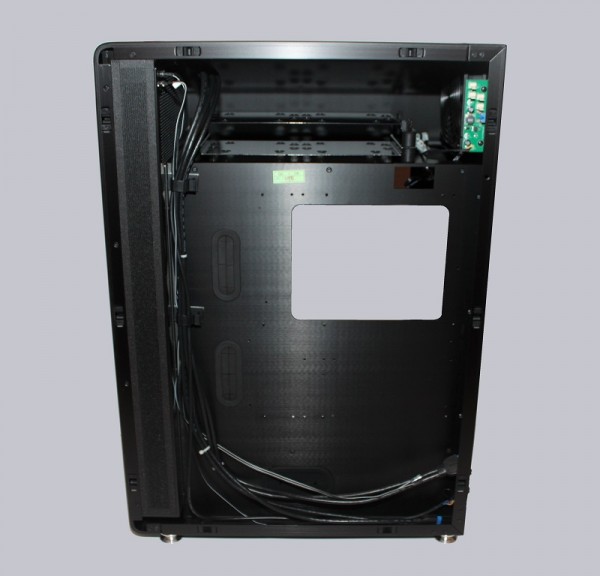 Thanks to the space and the good possibilities for cable routing nobody should have an excuse not to have cleaned up his housing anymore. 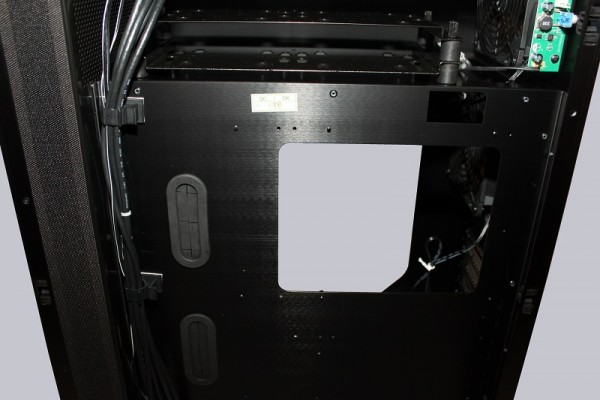 We have arrived at the end of our small tour around the Lian Li PC-X510 aluminum case.