Like most mechanical keyboards, the keys of the LK300 are not separately covered. The keys are easier to clean and the RGB effect is more effective. The design is still rather “bulky” compared to fully covered keyboards, as the switches are virtually open.

The Lioncast LK300 RGB Pro is visually rather inconspicuous, apart from the elegant dark grey front panel made of more than 1mm thick brushed aluminium. The plate is screwed to the base, the screws are accessible. Due to the material, the keyboard has an appealing weight.

The palm rest is made of black hard plastic and is simply “clicked” onto the keyboard with two small magnets. The comfort of the rest is not outstanding, the wrists thank you anyway after intensive matches when you have used them. 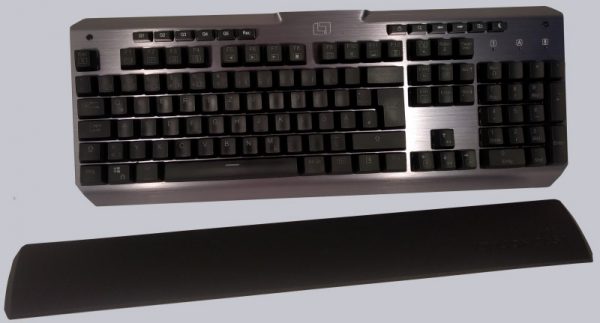 The USB cable is with almost 2m more than long enough, fabric covered and fixed to the keyboard.

The keys are equipped with Cherry Brown MX switches. The brown switches have a noticeable feedback, but without the classic “click” of the blue switches. They trigger after 55 Zentinewton and 2mm switching travel. You can read more about the differences of the Cherry MX switches here:
Cherry MX Switches overview 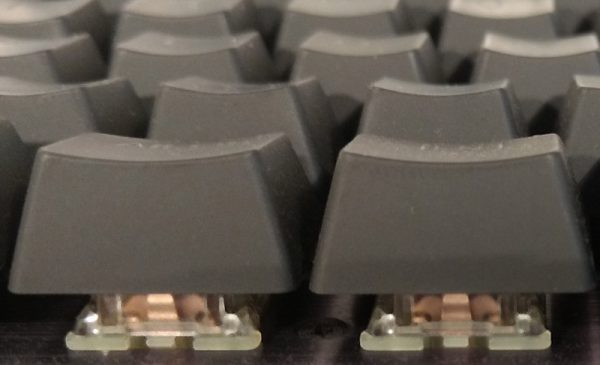 Here you can see again the switching distance of the Brown Switches. 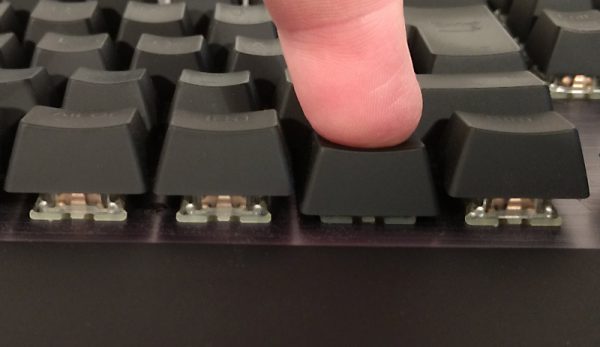 The keyboard is equipped with non-slip, fold-out rubber feet. Together with the weight of 1.2kg, this makes slipping almost impossible, even in the hottest combat.

In addition to the 105 keys with German QWERTZ keyboard layout, the LK300 RGB Pro has six multimedia keys and six macro keys (1 record and 5 program keys). 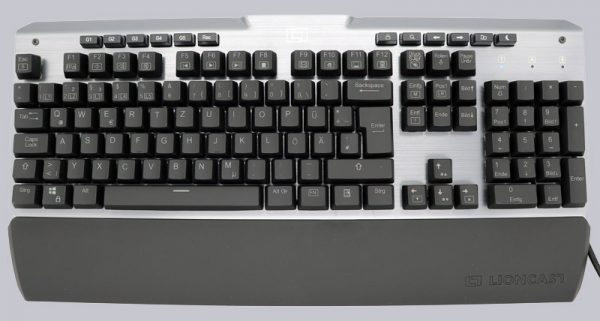