The ASRock B450M Pro4 AMD AM4 DDR4 motherboard offers even as Micro ATX motherboard a great basic equipment up to the fast Ultra M.2 slot and despite B450 chipset even good OC results, it is therefore overall a great board to build an inexpensive AMD Ryzen Micro-ATX PC.

Only with the sound one must accept slight losses, since only three jacks and no optical digital output are available – for audiophile sound card owners (e.g. Asus Xonar Essence STX II 7.1) this is naturally no problem.

ASRock did a great job again and AMD can also shine with the new processors. On the one hand with the fast AMD Ryzen 7 2700X and on the other hand with the inexpensive AMD Ryzen 5 2400G solution – thanks to integrated GPU (from Windows 10)!

Here you can buy the ASRock B450M Pro4 motherboard. 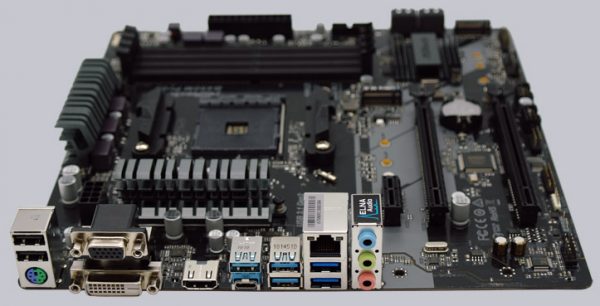 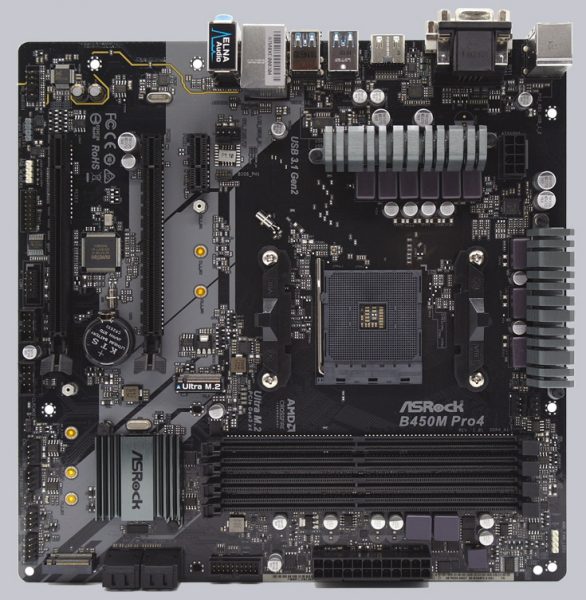