When we take the graphics card out of the box, we first notice the high weight of approx. 1.7 kg. 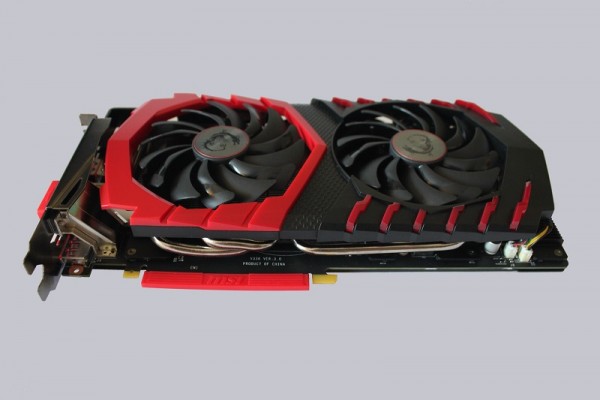 But even beyond that, the GeForce 1080 is an impressive appearance. The standard cooler was replaced by MSI’s own solution, the Twin Frozr VI. 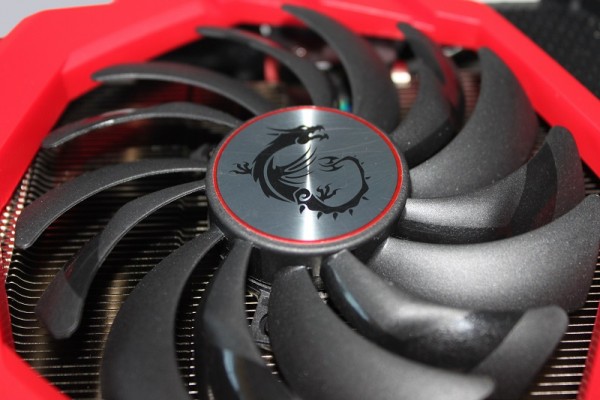 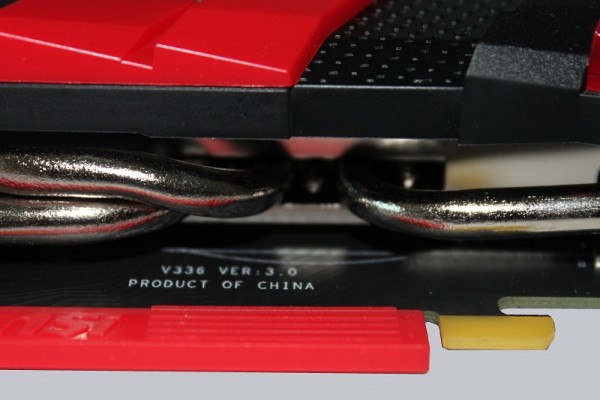 … along with the heatpipes is doing the rest. The MSI 1080 also has a lot to offer in terms of connections. 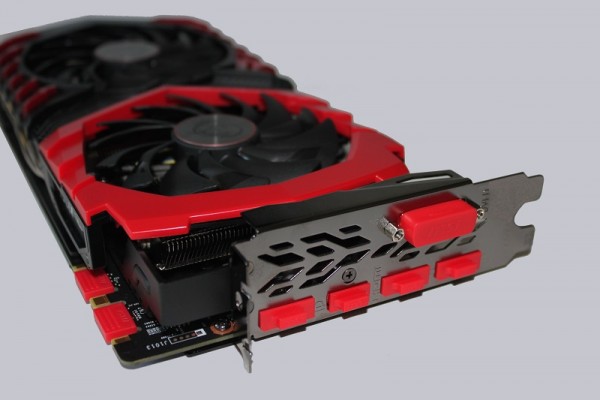 In addition to the three modern display port slots, MSI also provided the graphics card with an HDMI and a DVI port. 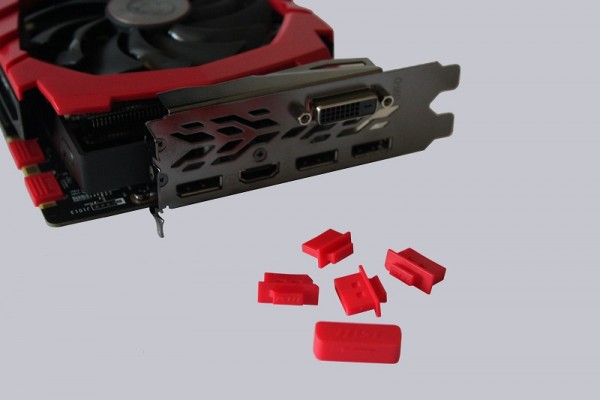 To provide the graphics card with a reliable power supply, there is a 6-pin and an 8-pin connector at the rear end. 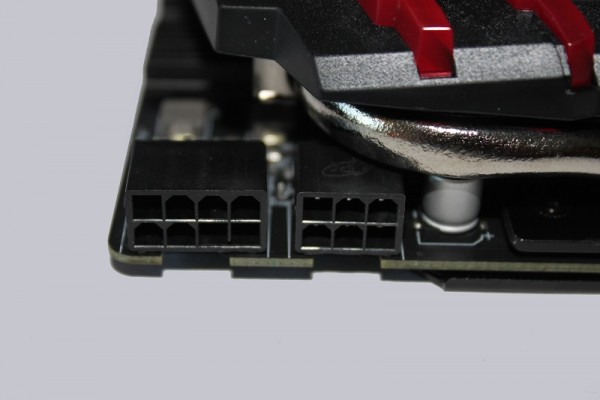 Of course, the usual SLI connectors must not be missing. 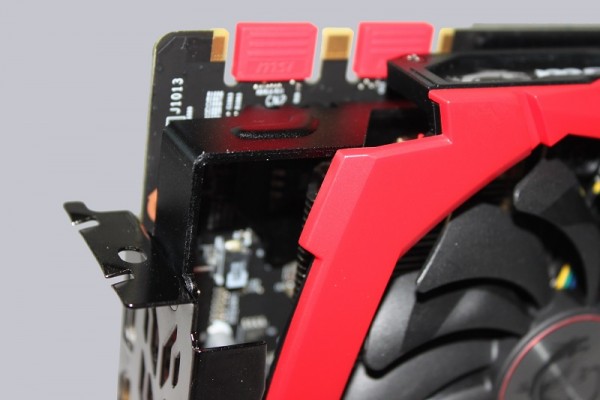 In spite of the massive heat sink, the MSI 1080 only needs two slots and thus remains interesting for SLI operation with air cooling. 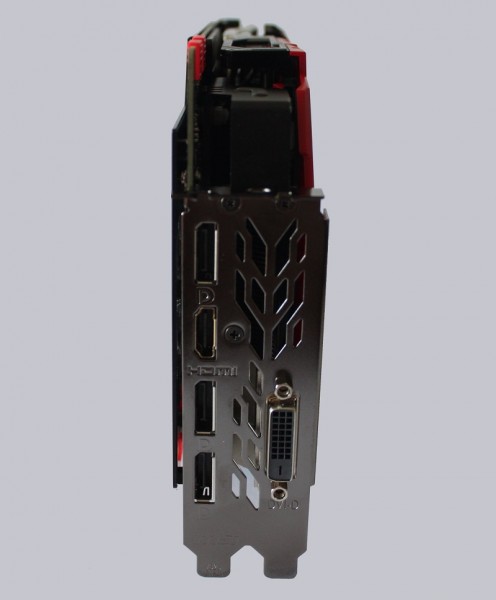 Thanks to the lush backplate, however, the back of the graphics card should also receive sufficient cooling. 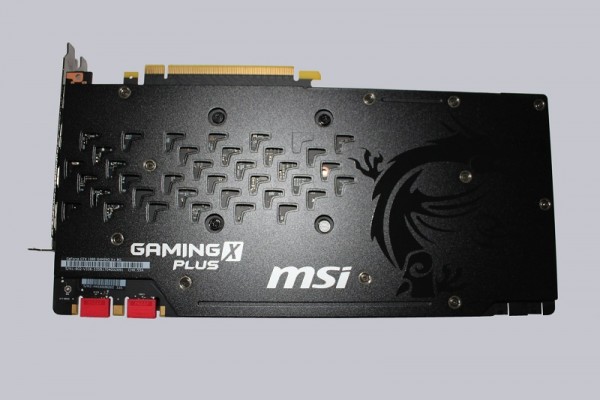 We also find that it looks good, too. 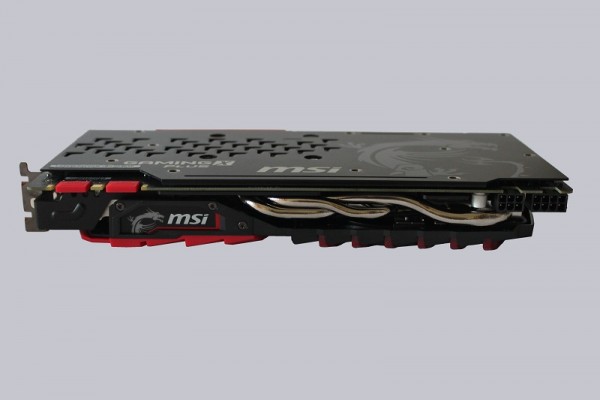 But the cooler has a surprise in store, which you can’t see when the card is not mounted. We’ll get to that later. 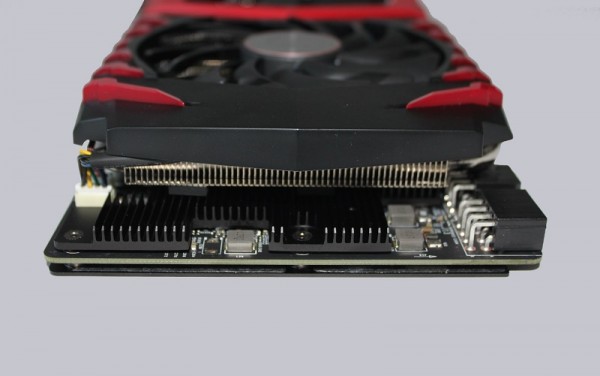 This is the end of our little tour around the MSI 1080 graphics card. Let’s now come to the supplied software.

A total of three programs are included.

Let’s start with the well-known Afterburner from MSI. 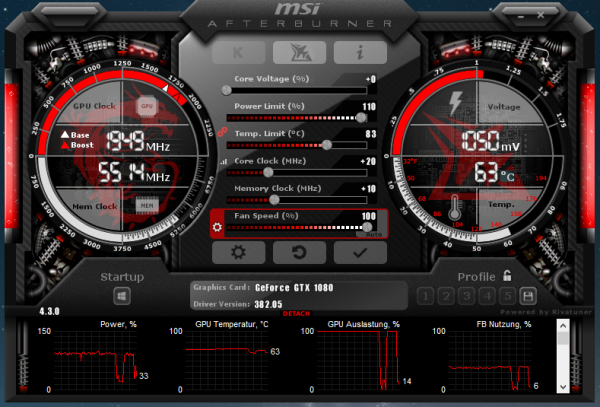 Not only as a monitoring tool to use, you can also use the Afterburner to operate the important overclocking functions of the graphics card and thus help it to achieve a little more performance. The second program is a tool that allows you to display a video window in the game. Live streams or our OCinside YouTube Channel can be viewed. We are talking about the program MSI Dragon Eye. The position and size of the window can be set. It is also possible to enter a link in advance, but also during operation. Problems can occur if so-called overlay functions of e. g. Uplay are used. This should be turned off before using the tool. 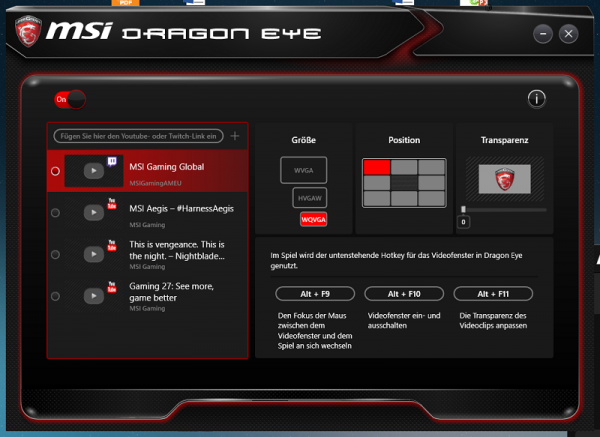 The last program is a slimmer version of the Afterburner. The MSI gaming App is able to switch quickly between the three overclocking levels. 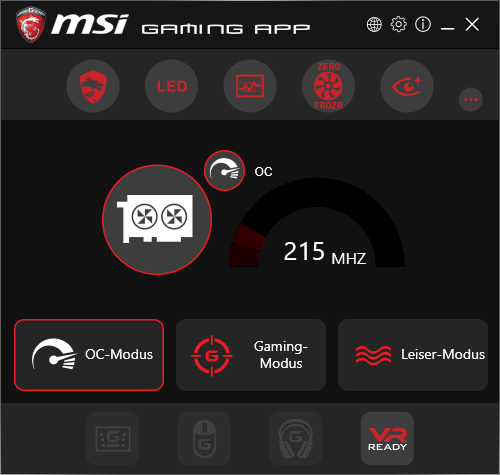 The integrated illuminated MSI lettering can be changed here in the lighting colour. Unfortunately, this does not change the remaining red illumination of the card. 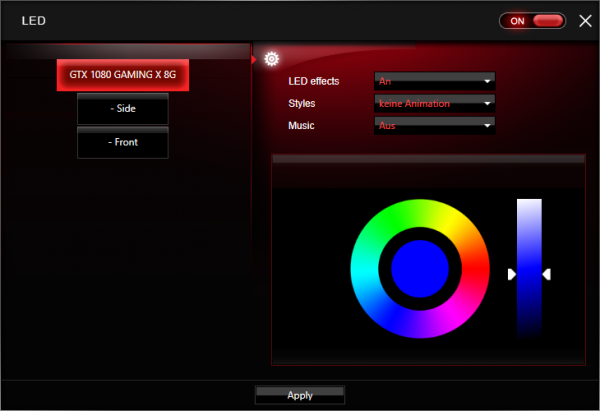 An OSD can be set to inform the user in games about the current state of the graphics card. 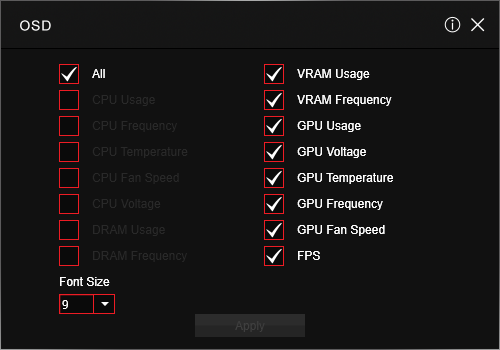 The other options concern the Zero Frozr function, which switches off the fans in idle mode completely … 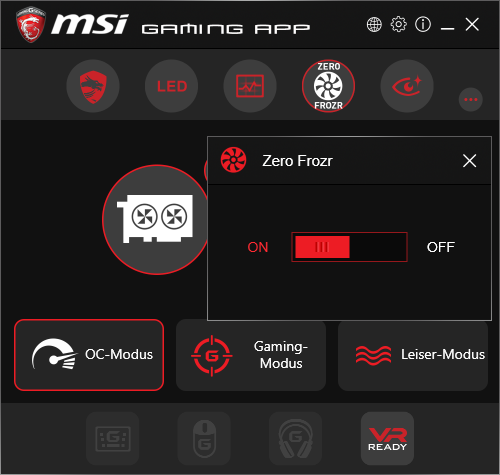 … the Eye Rest function which effects a brightness and color control … 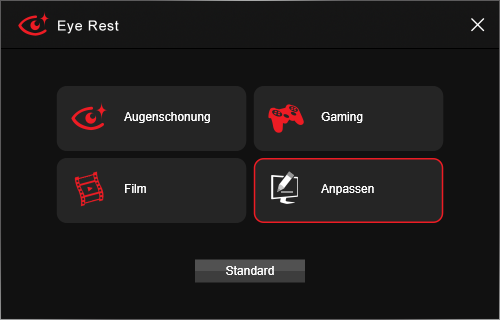 … and a VR Ready option that also makes changes to the image display, but which must first be acknowledged by the following message. 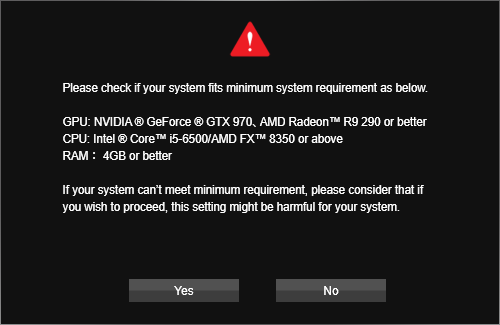 The software package is impressive. All the important tools are included to overclock the graphics card as well as to control its cooling capacity and other functions. But let’s now come to the practical test, in which the graphics card also has to prove its performance.