The Samsung S32D850T was tested with the following system:

The Samsung S32D850T was connected via the included DisplayPort cable to the graphics card.
As a second monitor, we used the Philips 288P6LJEB UHD Monitor from an earlier test. Both monitors are managed through the software DisplayFusion in version 7.2. Although the included drivers are not absolutely necessary for the operation, we have installed the driver and selected “DisplayPort” in the menu. 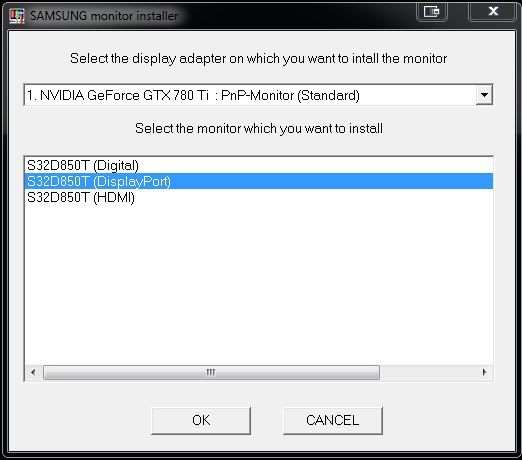 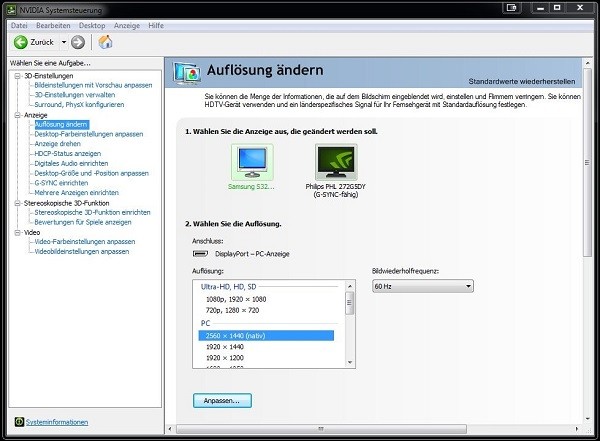 When we accepted we soon realized that a HD wallpaper on a WQHD Monitor simply is not practical. As Windows can not manage the wallpapers on two different resolutions separately, we opted for a program that meets these requirements. Display Fusion 7.2 in the free version. So we were able to display different wallpapers on each monitor.

If you buy at the Samsung S32D850T you should also think about a deeper desk. In our test the distance to the monitor was 1.3 meters. This was still pleasant. The illustration of the monitor can be described as very good. Pictures with the appropriate resolution can be sharply defined. For video material still just in the green zone, but a significant streaking can be seen when playing.

We have tested this with the actual GTA 5 … 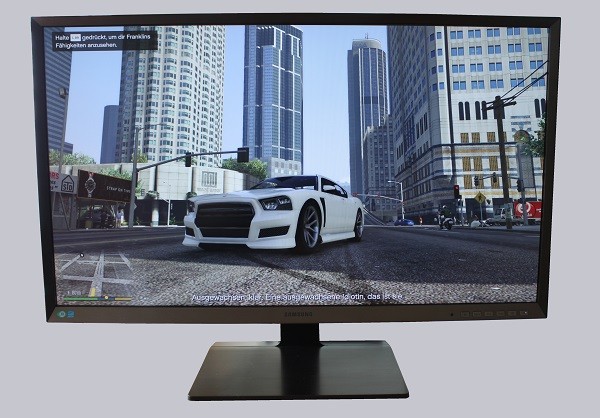 … and the military simulator Armed Assault 3. 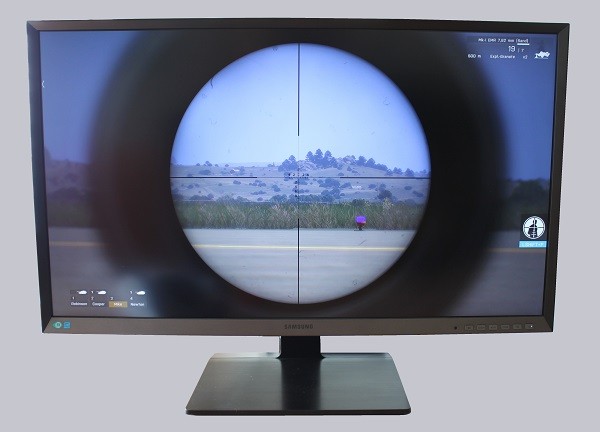 In GTA 5 streaking is something more present than in Armed Assault 3. Especially with fast driving, and even with the fastest panel setting you can clearly seen streaking. The problems are not that big with Armed Assault 3, whether as a sniper or just take your tank for a walk. 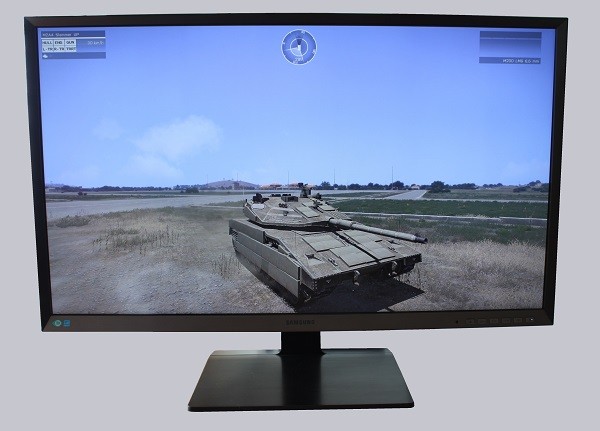 In addition, we have again seen the viewing angle stability. From the lateral position, we could not see a color change but a little darkening of the opposite side. 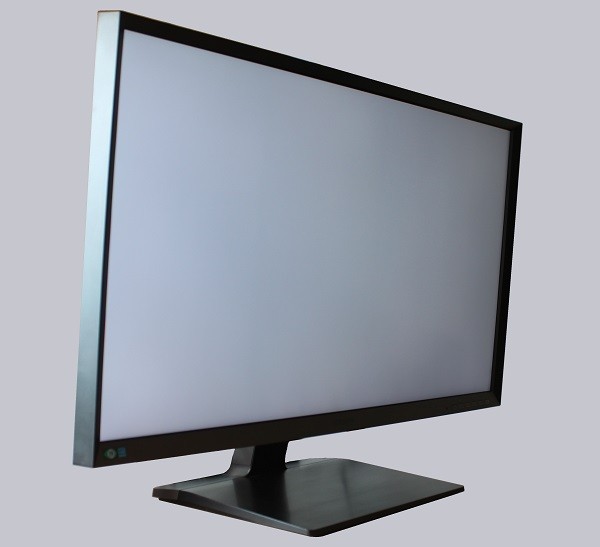 There are circulating many messages from other users on the Internet, which unfortunately have trouble using the monitor. In certain images with a high proportion of white the monitor starts to flicker with vertical black and white lines. Very good to see in the free software “Google Earth” which provokes this error from a certain zoom level in large cities. But even in games like ArmA 3 and Assasins Creed 3 this error occurs.

And so it was, unfortunately, the same with our test model. A contact with the Samsung customer service returned the following statement:
The appearance of these lines is not a defect. Rather, it is an indication of a too weak hardware. The power supply should be at least 650 W, and regarding to the graphics card Samsung can make no recommendation. Curiously, we ran the recent test of the Philips 288P61JEB – a 4K monitor – on OCInside.de without any problems, despite the supposedly weak hardware. By a happy coincidence we were able to solve the problem. It was necessary to reinstall the complete operating system. When all corrective measures and latest drivers were installed the flickering problem was at least no longer present. Although the cause of the problem could not be determined with certainty, but should possibly also attract users with the same problem in a new installation whereas renew or at least the graphics driver clean.

At least we want to tell you our final thoughts.