SSD, HDD or SSHD ? We have already published some SSD and HDD reviews on OCinside.de and for quite some time we are also testing the combination of solid state drive and hard disk drive in one drive – the so-called SSHD. The advantages of the SSHD are obvious: The price is several times below a SSD with identical capacity. Now we like to answer the question if the SSHD can keep at least partially with a SSD, or if it is more on the level of a conventional hard disk. Seagate send us their latest Seagate ST2000DX001 SATA3 desktop SSHD consisting of a 2 TB hard drive with 8 GB MLC memory, which we will test in this review. 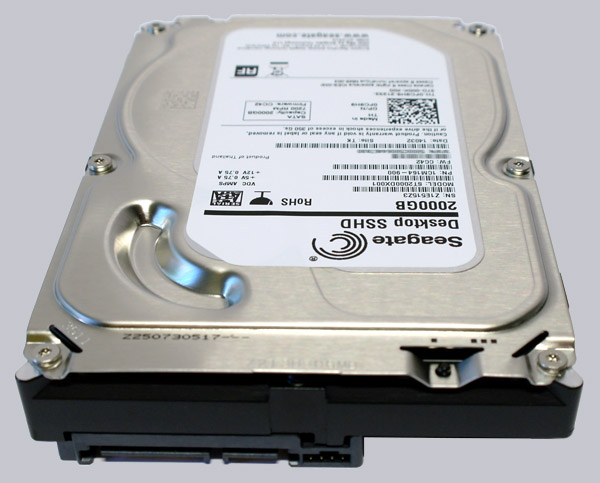 Many thanks to Seagate for the support with the Seagate 2TB 3.5″ SSHD.

(11/2013) For these types not only the size is different, but also the performance.

Here you can buy the Seagate SSHD.

The supply of the Seagate SHDD 2 TB SATA3 …

We received the SSHD in this plastic packaging: 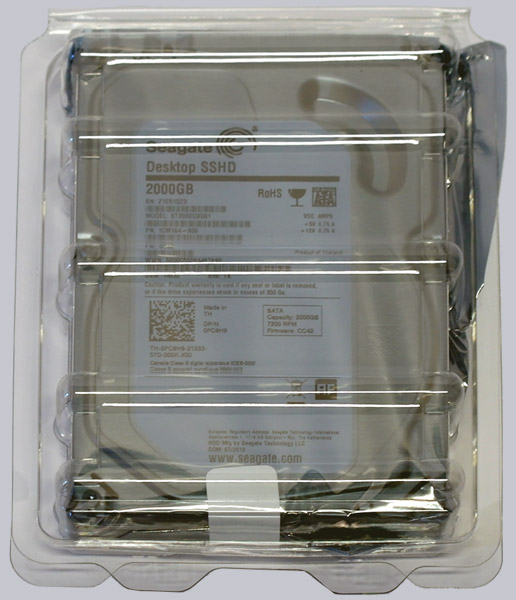 The Seagate 3.5″ SSHD ST2000DX001 was delivered without additional accessories. The following image shows the front of the 3.5″ Seagate 2 TB SSHD: 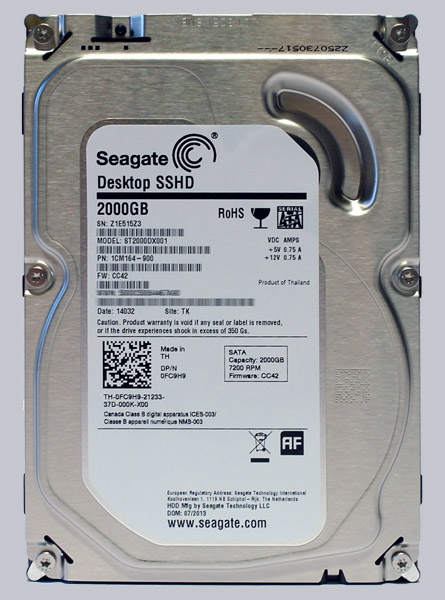 On the back you can see the circuit board and the SATA3 connectors for data and the power supply. These connectors are identical to conventional SATA2 hard drives, so the hard disk can easily operate at a SATA2 interface. The special part of this drive is on the back of the small circuit board. It contains both the MLC NAND Flash memory (approx. 8GB SSD) as also the controller, which decides when the data is stored where. Here is also the shortcoming of a SSHD, because the SSHD can read of course just as fast as an SSD, if the data is stored in the Flash area and not on the platter. This management is done without additional software in the operating system, but with the controller in combination with its firmware: 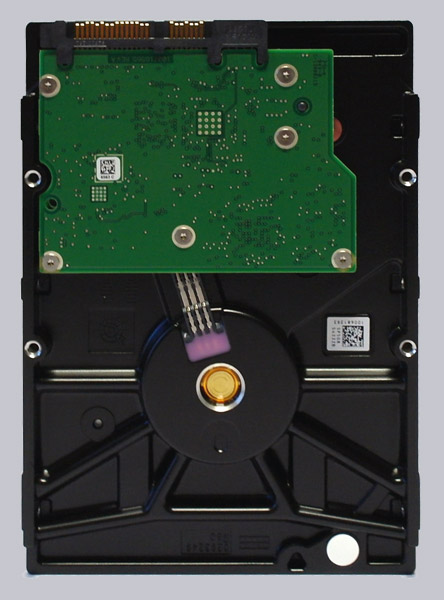