Let us take a look at the base unit. 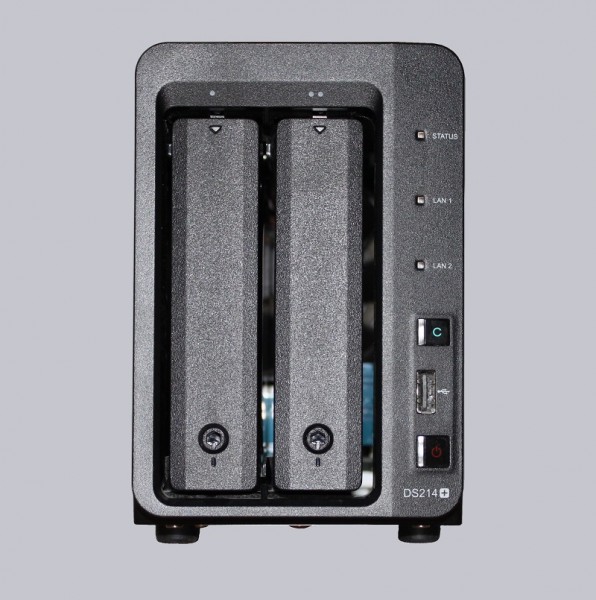 The front features two large bays and indicators for the operational status incl. power button, LAN activity of both ports, a status display for drives/Board and two HDD activity LEDs mounted on the racks. Furthermore, there is a USB 2.0 port and a copy button on the front. With this button it is possible to copy an entire USB Stick automatically to a predefined location, without turning on your computer. 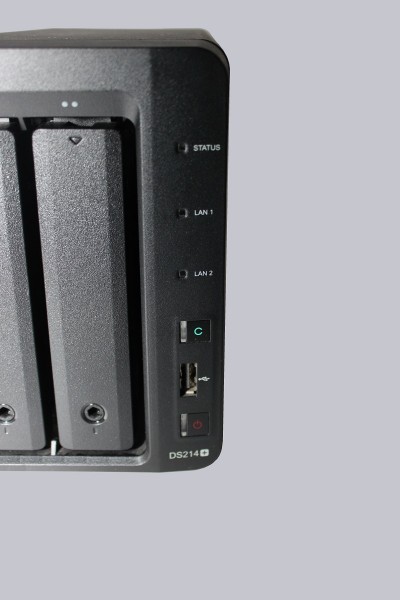 On both sides of the Synology DS214+ NAS we see a mesh lettering, which not only looks good, but also can provide additional fresh air for the system. 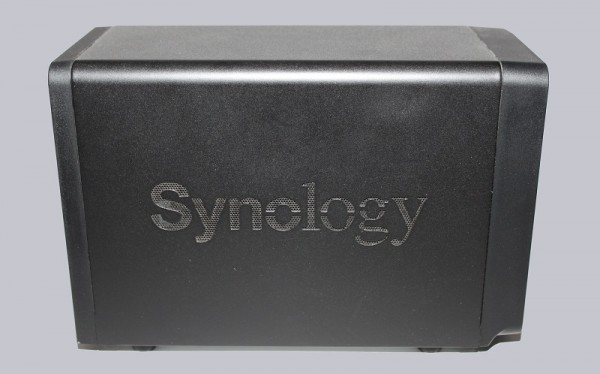 A view at the backside shows us some other interesting connections. For example there is the large 92×92 mm fan, which should provide a silent and effective cooling. Below there are two USB 3.0 ports, one eSATA port, one 4-pin power connector, a Kensington lock and of course the two RJ45 GBit LAN jacks. There is a reset button between the USB ports and the power connector, which allows you to reset the configuration or the entire system in case of a fault. 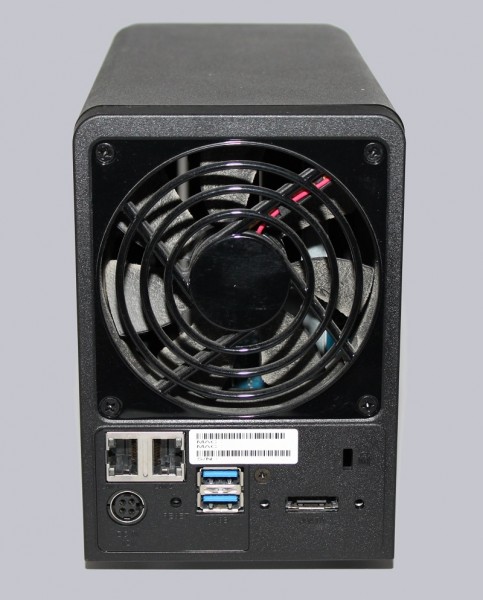 Through the rubber feet on the bottom the DS214+ should be at least theoretically decoupled from underground. At first we have put the NAS on a desk and can not really confirm, at least in this constellation that the decoupling works effectively. Clearly audible and with an increased access noise of the hard disks convinced us, to use the device down on the floor. 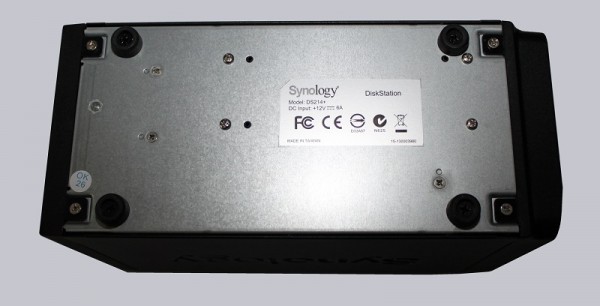 Now let’s take a look at the bays in which the disks are mounted. The assembly of the disk is made without tools. The two side rails are easily removed and refitted after positioning the hard drive. 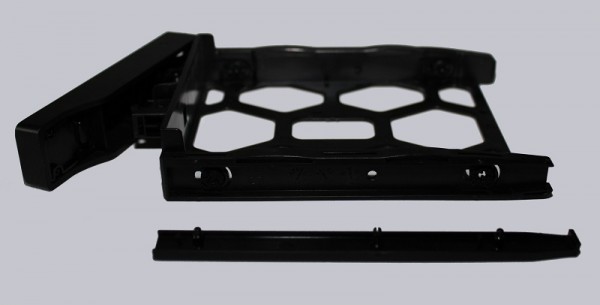 In our case, we mounted two hard drives of the type WD30EFRX RED 3 TB from Western Digital. Specifically optimized for use in NAS systems these models are very popular. It is also possible, using the supplied screws to mount smaller hard drives / SSDs (2.5 inches), without problems because of the positioning of the ports in the DiskStation. 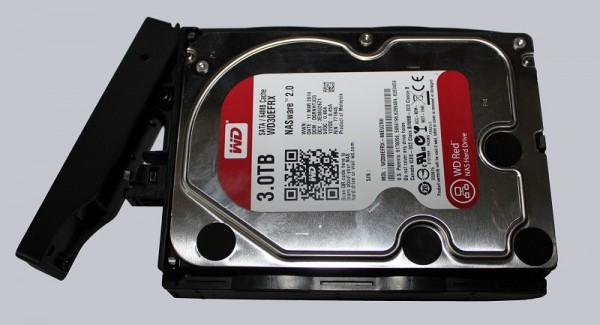 Here you can see that the air flow goes straight through the housing, and thus can cool both drives and the motherboard effectively. In the lateral view of the housing we can find other interesting features. 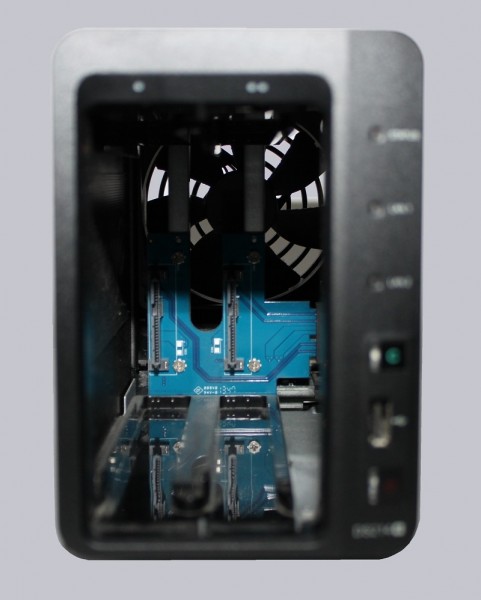 At first there is the battery that saves the settings even over longer powerless times. We also see a small speaker/beeper module, which can tell by acoustic signals the status of the NAS. In the background we see the main processor, which is cooled with a passive heatsink by the airflow. 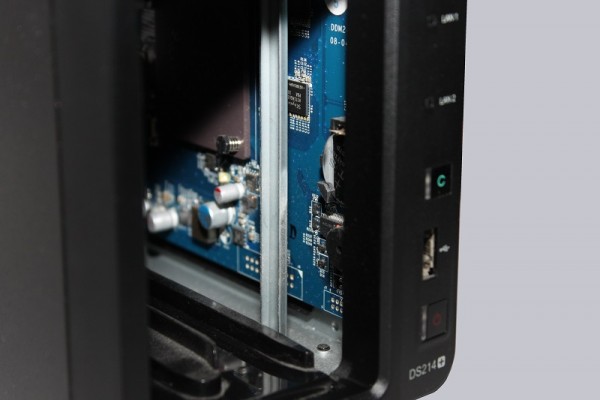 Thus we have reached the end of our little hardware tour.