The setting up of the Teufel Concept E 450 Digital made no hassle because of the good connecting cables. In our test room the subwoofer was placed in the left rear corner under the table. The loudspeakers were positioned either on the table or attached with holders to the wall. The room has a width of approximately 3.70 m and a length of about 5 m. 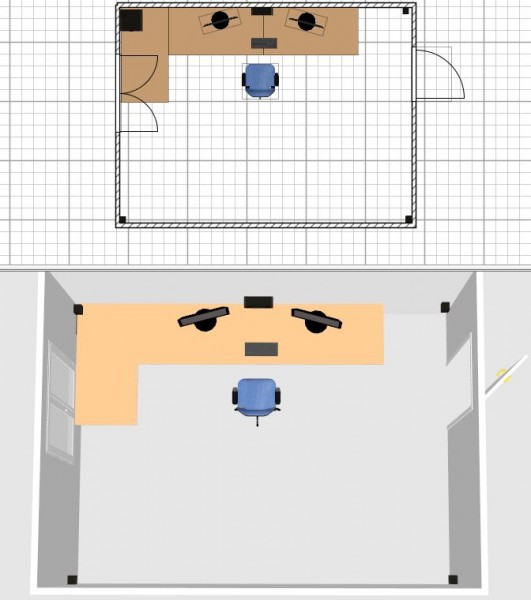 The Power-up also was not a problem. One press at the power button and the white illuminated panel welcomed us with all relevant settings. The touch control worked very accurately and took even the smallest touches. At the beginning, we optimized the already good position of the speaker by making some volume adjustments. This can only be made on the subwoofer panel itself. 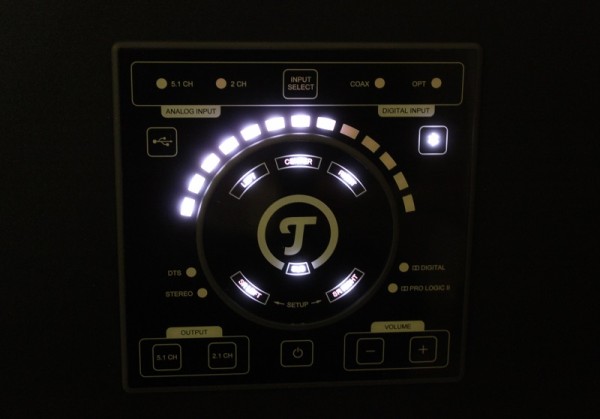 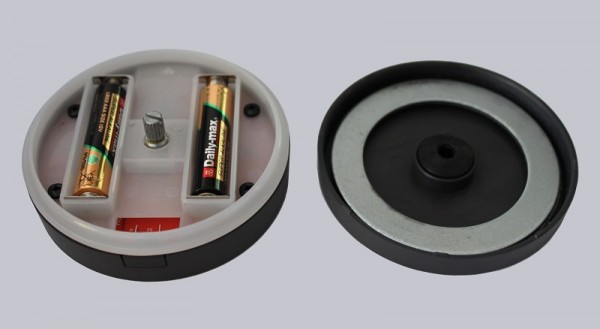 When operating you can choose between the functions Volume up/down by turning the wheel, mute by pressing the wheel, and source selection by pressing on the side Button. All operations are accompanied by a red glow of the plastic ring. 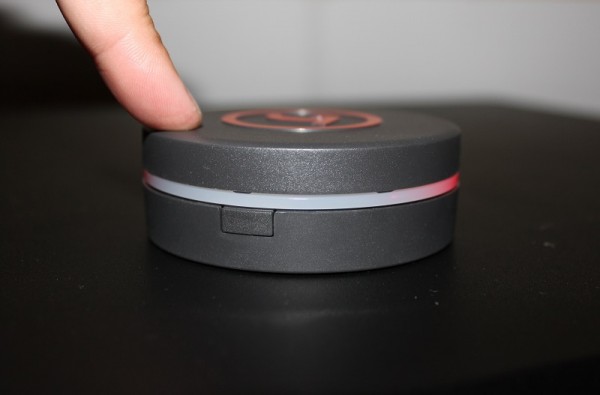 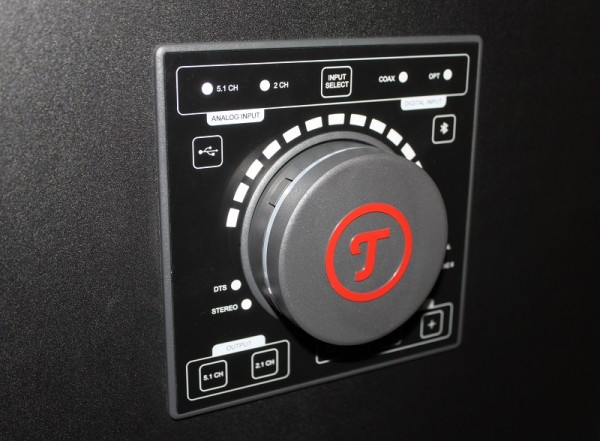 Next, we`ve dedicate to test the Bluetooth function. This can be activated by pressing the Bluetooth icon. We navigated to the Bluetooth menu on our Android device, the Samsung Galaxy Tab 4 7.0, and saw at once the audiophile Bluetooth partner. 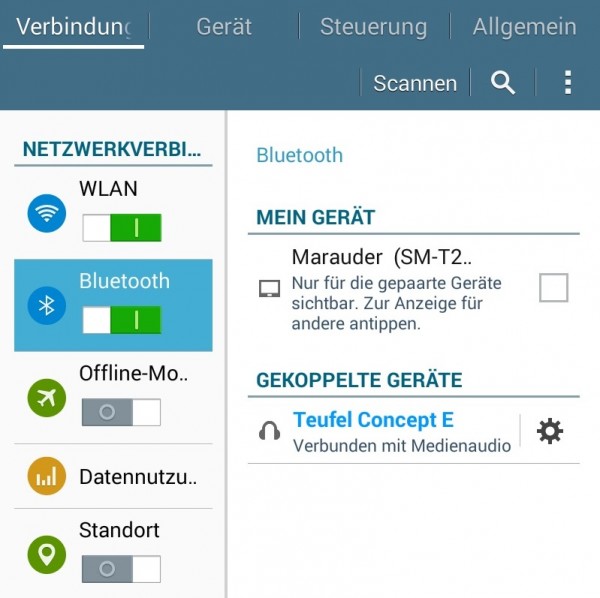 We don`t need to provide a pairing code to connect the Concept E 450 Digital surround sound speaker set with the tablet. Even when connecting the PC to the Teufel Concept E 450 Digital everything went smoothly, also without entering a code. This raises the question of the security of the data connection. This can be easily answered. There is none. The manual describes the process of pairing without typing any security code. The only security against unauthorized access, the user has therefore, is to switch off the function after use. There is some good news we can report at this point. If you have paired your device with the Concept E 450 Digital, it is not readily possible by another Bluetooth connection to break into this or to interrupt this. Confirmation of Pairings keystroke would however have been useful and possible at this point. 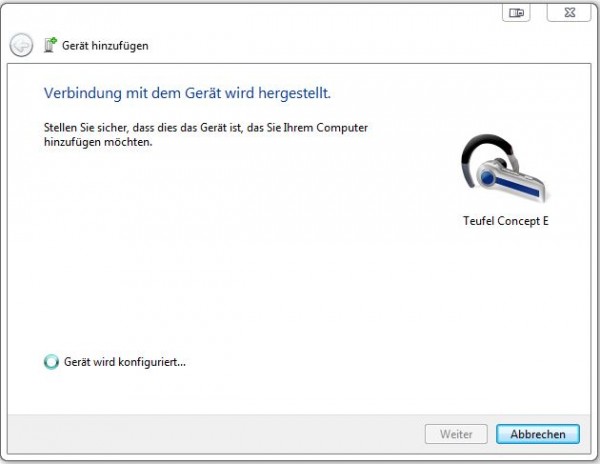 Next, we test the function of the built-in USB sound card. 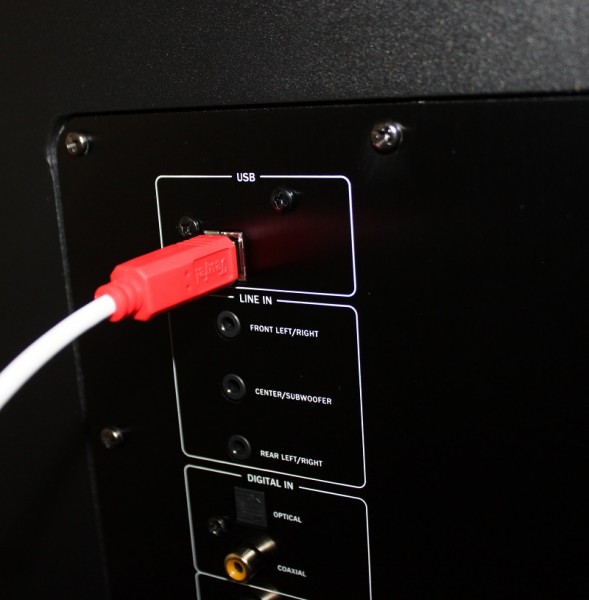 The cable is long enough to even connect a laptop on the desk and to enjoy multi-channel sound. We have tried with a Macbook Pro once and were instantly connected. 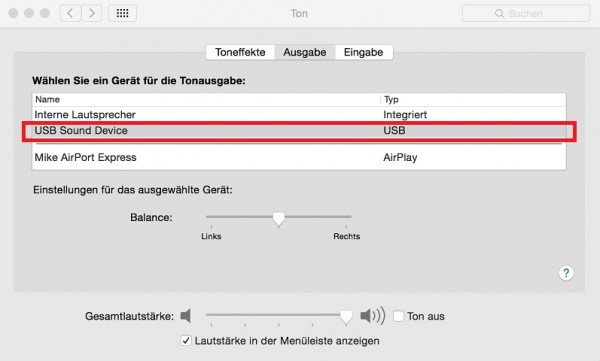 It was the same with Queens ‘One Vision’.
One Vision Queen

For further tests we switched to the PC. 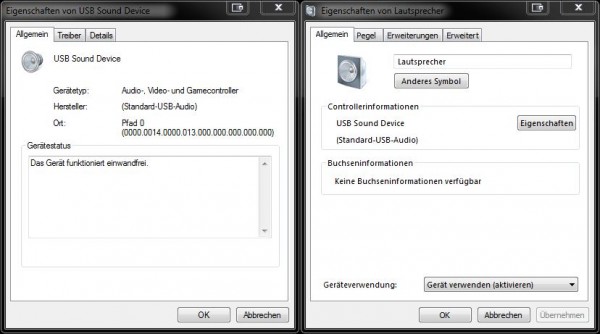 Again the USB sound card performed perfectly. But that’s not all we wanted to see. What elemental force can the Teufel Concept E 450 Digital 5.1 set unleash with our Asus Xonar Essence STX II 7.1 sound card. 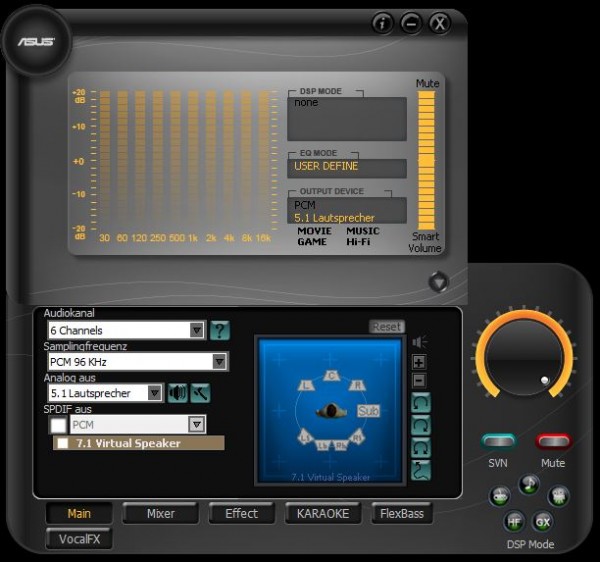 After a short test via optical fiber cable (TOSLINK) we moved to the analogue 5.1 input. With so many great movies and music, a choice is difficult. Nevertheless, we decided on a small mix of tracks that are likely to be known to every user. The Need for Speed players among us are likely to know Get low Lil Jon & The East Side Boyz and how powerful the bass in this track is. By default, the bass is here still very “conservative”. Some tuning of the settings has ripped us almost from the feet, if we had not sat.
Get Low Lil Jon & The Eastside Boyz

But also more recent tracks like ‘Nobody to love’ from Sigma know how to please. Whereby we noticed here that some tuning was necessary too, in order not to allow the bass to be dominant over the heights.
Nobody to Love Sigma

We can bore you at this point with technical jargon or simply rewrite two words: goose bumps!

Before we get to the actual best discipline, we would like to comfortably watch a few movies … You wonder certainly what movies we had in mind. The usual blockbuster that you consume comfortably with the girlfriend in the evening on the sofa. Pearl Harbor, Battleship, Terminator 4, The Dark Knight and of course Lord of the Rings. 😉

But the main point is and, of course, remains the gaming! As old companion Armed Assault 3 short ArmA 3 is capable of Surround Sound, which we took once in claim. 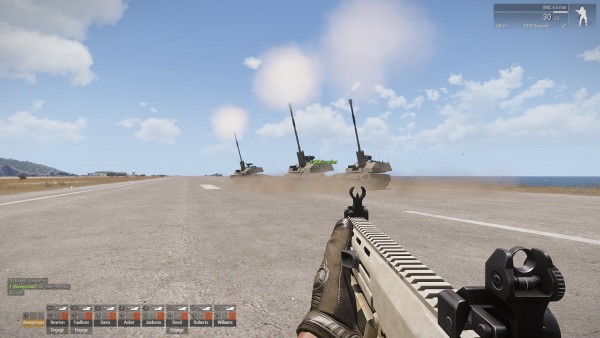 Somehow fearful, we chose the propelled howitzer M4 “Scorcher” and went into the fray with our team of three. Suddenly a target allocation by radio comes in. Coordinate computer input to the artillery, selected 155 mm high explosive projectiles, charged and … FIRE!

If we had had no ears, we probably would have been grinning completely in a circle!

You could almost hear the striker carried the 155 mm concentrated destruction in the opponents’ position, with a noise that was simply stunning. When the fog had cleared, the woman had annoyed closed the door to our gaming room in the house and we look forward to the spotter in Destination to examine our triumph: without the Teufel Concept E 450 Digital 5.1 set we could never play ArmA 3 again. We owe this to our neighbors!