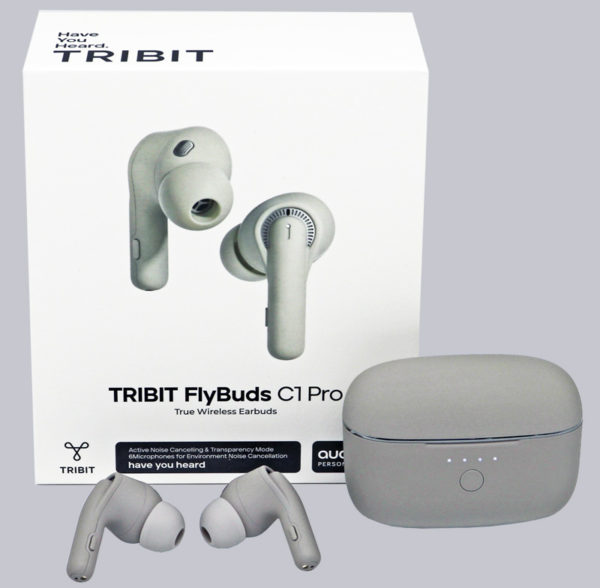 Tribit offers with its sporty Tribit FlyBuds C1 Pro without a doubt a very bass-rich listening experience that will convince its experts and recruit new enthusiasts.

We can hardly emphasize enough how well we liked the massive slam and the full bass foundation in many pieces of music. Unfortunately, the tones of the mid-frequency spectrum were somewhat affected by this. The EQ profiles can still be tweaked a bit, but no in-ear in the world can be turned into a device with comprehensive spatial width through EQ.

Compared to Hifiman, the somewhat too sober vocals were noticeable, while Hifiman lacked a solid ground under the precisely resolved instruments. The pros and cons thus include an interpretation to one’s own preference. However, the low starting price at the product launch must be taken into account here and shifts the balance in the rating in Tribit’s favor. The FlyBuds are a pair of earphones that serve genres like DnB and play quite full in ANC mode for their construction. Overall, the product is more suitable for studio productions than for live music on expansive stages.

Nobody has to worry about a cable tangle or cable breakage with Tribit. From a purely functional point of view, the at least partially tested runtime, the transport option and the practical charging case speak for the FlyBuds. The only points of criticism are the USB charging cable, which is a bit too short, and the lack of replacement sizes for the earbuds. Only two of the size M are included in the delivery. At least a longer USB-C cable can be purchased later without any problems, which is why we did not find a decisive weakness in this point.

And to live up to the name Flybuds, we even tested the Tribit FlyBuds C1 Pro BTHA2 on the plane again and were able to significantly reduce the background noise of about 80 decibels (dB) inside the plane thanks to ANC. This is easy on the nerves during longer trips and increases the music or audio book enjoyment immensely.

The charging case deserves special mention once again despite the already known technology. The charging status can be identified by the glow after a quick glance at the user manual. Furthermore, the in-ears are held magnetically and can be stored safely in combination with the magnetic folding device of the case itself. On the software side, the free app allows various setting options and especially an individualization of the frequency response. Specifications like True Sound Technology should be treated as marketing-speak and do not represent a dedicated rating criterion due to the lack of exact definability. In a narrower sense, the FlyBuds don’t create an authentic stage feeling, and they have their very own style, which doesn’t need any false exaggeration. In their own way, the FlyBuds bring completely different qualities to bear, which enriches the selection on the market. We can hardly reproach the specific product for effects caused by the construction in a comparison of the same product genre. An in-ear does not reach the level of a Sennheiser HD 800S driver in terms of spatial dimensionality; however, the HD 800S draws the short straw in terms of bass due to a lack of contact pressure.

Due to technical maturity, general practicability and at least genre-related musicality, we can give a recommendation for the product Tribit FlyBuds C1 Pro BTHA2 at the low price range. The OCinside.de Purchase Tip Award 10/2022 is therefore assured for Tribit!