First of all take a look at the Poseidon Z RGB.

As shown in the picture, the keyboard is a full size keyboard, which, however, has a very narrow frame. This gives a modern look, which probably makes a good impression on the table of every gamer. The layout is a standard 104-key type, which is supplemented by an additional button to disable the Windows keys. 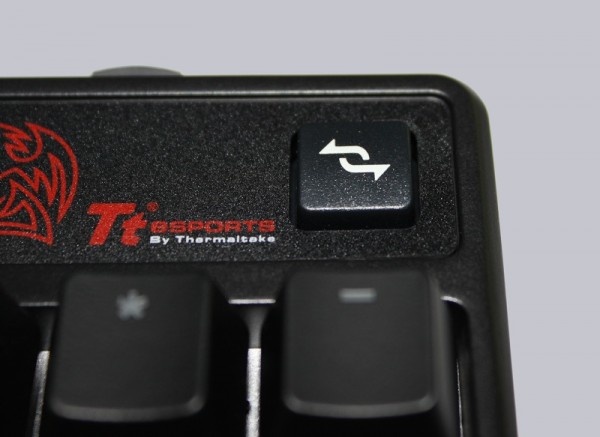 Also on the usual media buttons, Tt eSports relinquished at the Poseidon Z RGB. Through a double assignment of the function keys F1-F12, the main multimedia can be operated in combination with the FN key functions. 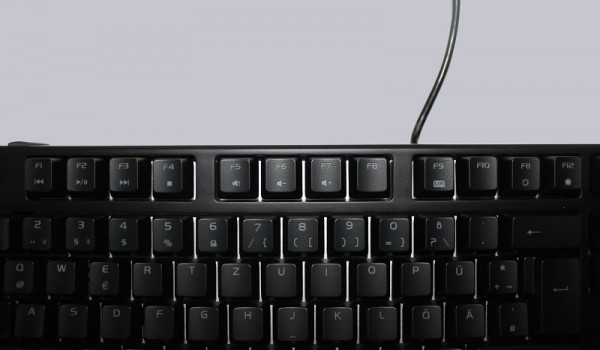 Also the lighting or the N-key rollover can be activated, and the profiles can be selected. 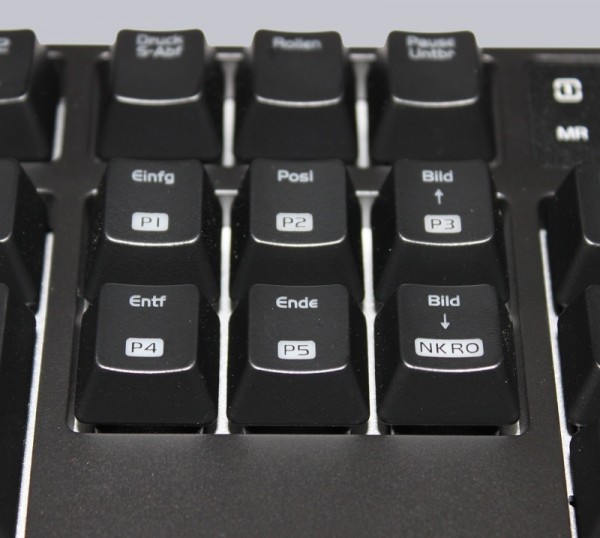 The display panel is located in the upper right corner. In addition to the typical Numlock and Capslock LEDs, you will be notified here about the status of the mentioned deactivated Windows keys, the N-key rollover and the profile selection. 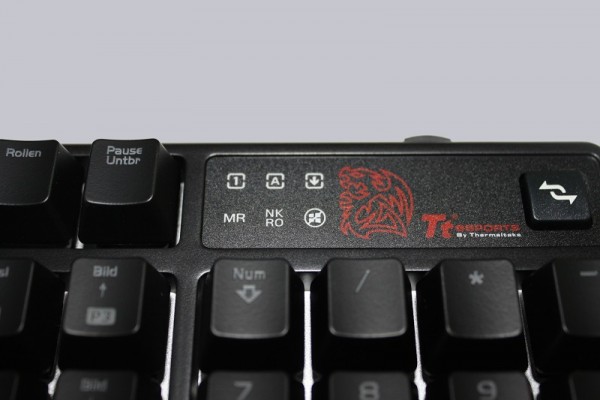 We lift a cap once and took a closer look at the switches. 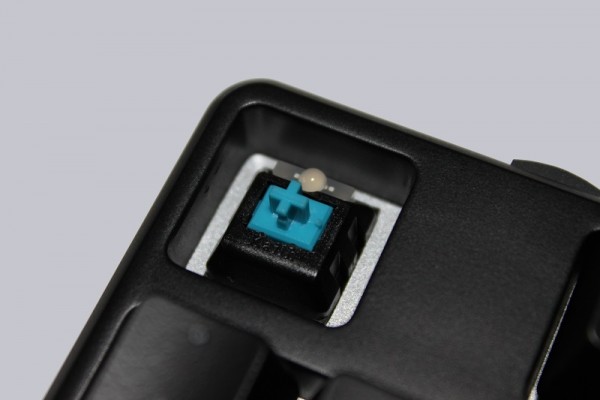 These are blue Kailh switches that provide also a tactile and audible feedback when pressed. After just 2 mm, the switch trigger and can then push through another 2 mm. Approx. 50 grams are needed to press the Kailh button. At this point should be made clear, that many users find these buttons very loud. While this is evaluated by some users as pleasant. You get a clear feedback if the button pressed or not, and to be honestly … it feels just great to tap with Clicky switches.

According to the switch, also the caps have a very good quality. 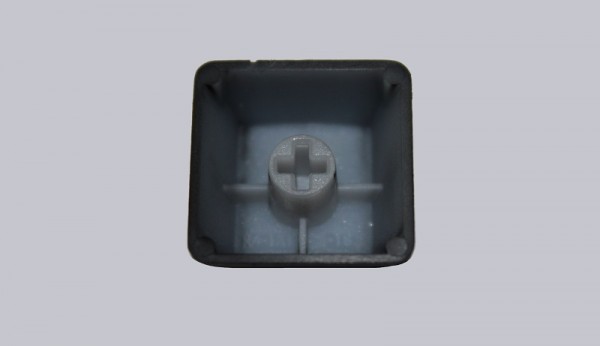 Lasered, transparent labels are likely to withstand even the roughest gamer and even after many months still reliably shows the label. 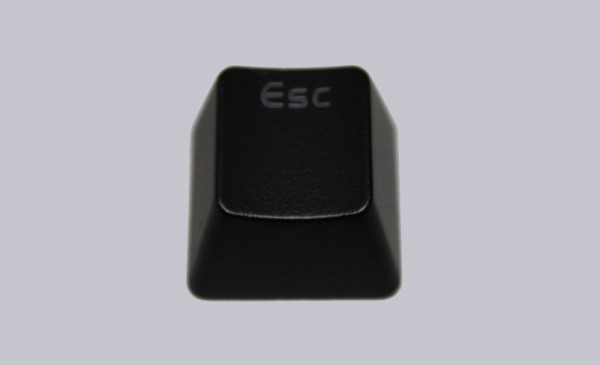 Unfortunately some of the buttons, such as for example, the labels “?” or the “*” are not fully illuminated. However, this represents not a big problem for users since they intuitively reaches the position of these buttons already after a short time. The rest of the lighting is good.

This is favored among other things by a reflective metal plate, which is located below the keys. 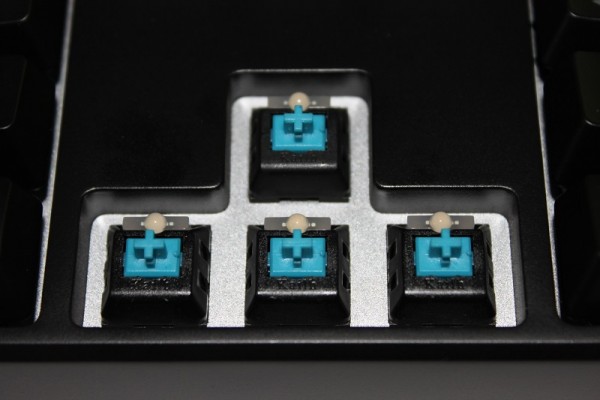 This ensures uniform illumination of the keyboard surface which creates a beautiful effect in the dark.

But we look again on the enclosure of the Poseidon Z RGB. For this height of the front edge, a wrist rest would have been entirely appropriate.

Mainly for longer gaming or office work, it would be nice to be able to lay the hands on. 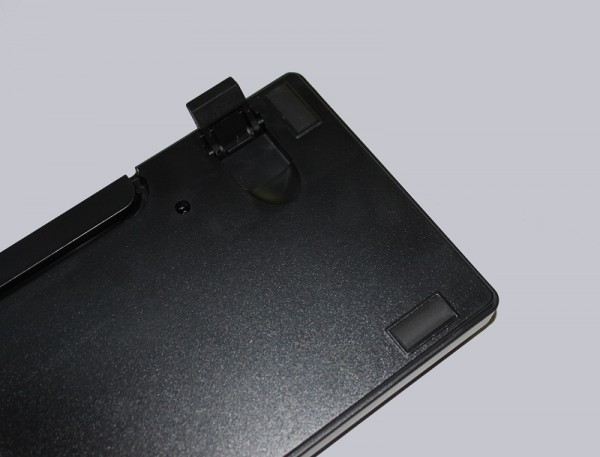 At least one has the opportunity to tend the keyboard a bit by the bottom attached feet. 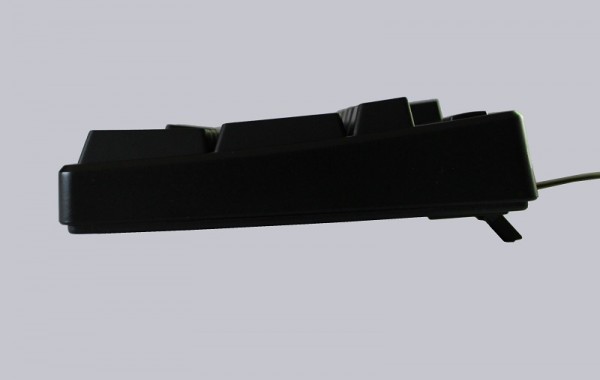 Here you can see very good the cable channels, to let the USB connection cable get out on a desired location of the keyboard.

The USB cable is 1.8 meters in length and has a sheath current filter device and a USB type-A plug at the end of the cable.

Unfortunately, we look in vain more connectors on the keyboard such as USB ports and headphone jacks. Although there is definitely enough space available.

Thus we have given an overview of the hardware. Let us now take a look at the software that is supplied appropriately not on CD but can be downloaded from the manufacturer’s website in the current version. 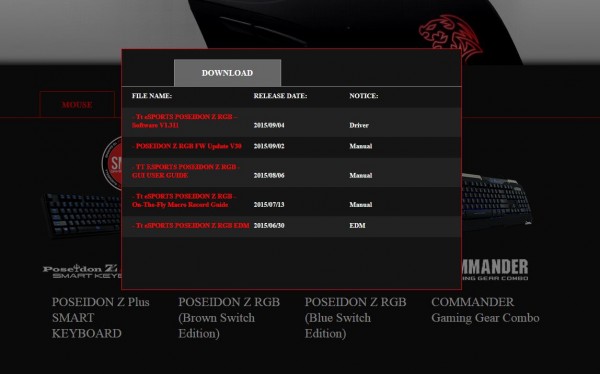 After the installation, which took place without any problems, we started the software immediately and of course we must not forget to connect the Poseidon Z RGB to the PC 😉

Then we were pointed out by the software that there is a newer firmware available for our keyboard. 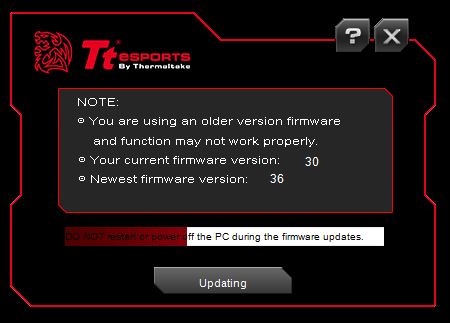 By pressing a key, it is downloaded and installed automatically. Then will be rewarded with the user interface of the software which can give us an overview of the most important functions. 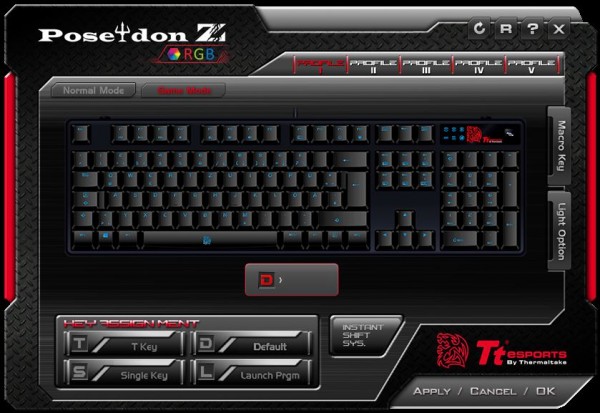 We have the opportunity to configure the five profiles, configure shortcuts and of course configure the keys on the keyboard. Under the item “Macro Key”, we can create keystroke sequences and save a previously defined key or keyboard shortcut to run later. 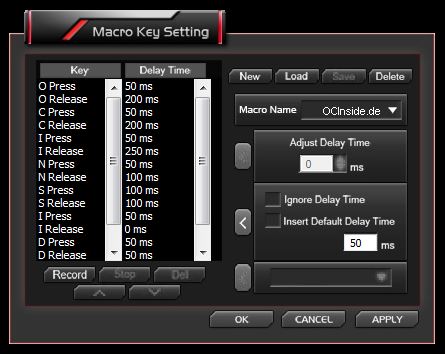 The brightness, as well as the types of lighting can be configured via the “Light Option” point. 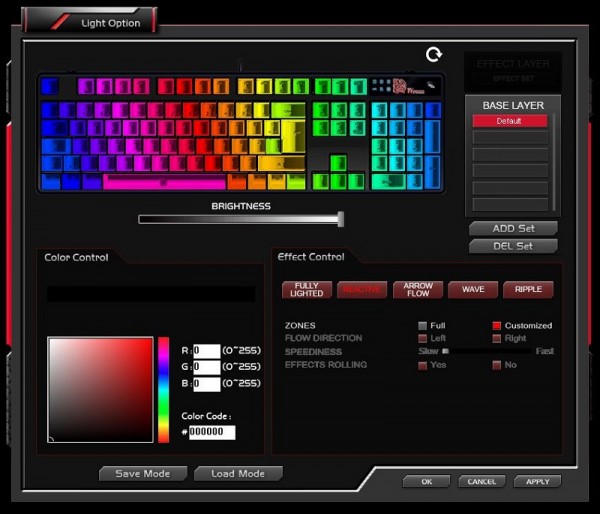 At this point, we would like to refer to our live demo video. In this video, we present different lighting modes, which would be logically just bad to show with a picture. By the way, you can also subscribe to our OCinside.de YouTube Channel, so you will be always informed about the latest videos.

All in all, the software has convinced us. No translation or software errors are found. Even the start of any software over the programmable button worked perfectly. Only one negative point is the long transfer time of 6 seconds on average until the desired setting has been saved and activated in the keyboard. Other manufacturers have solved this clearly faster and better that changes are immediately activated and visible. 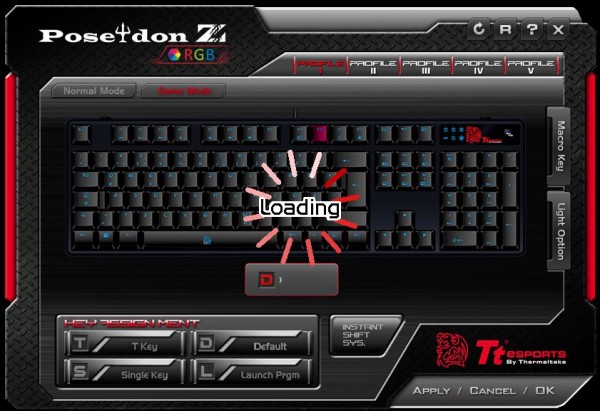 We now come to our test in practice, in which the Poseidon Z RGB from Tt eSports can show, it is carved from what “wood”.