From 31 August to 05 September 2018 the IFA International Consumer Electronics Fair took place again in Berlin. We have visited IFA 2018 in Berlin and brought back impressions of hardware, audio/video, smartphones and other technological innovations with almost 400 pictures. Even on the last IFA day the crowd was still enormous, justifiably!

If you like, you can also browse the CeBIT 2018 Coverage and gamescom 2018 Report and further trade fair reports.

The picture shows the IFA hall plan with the exhibition halls in Berlin. 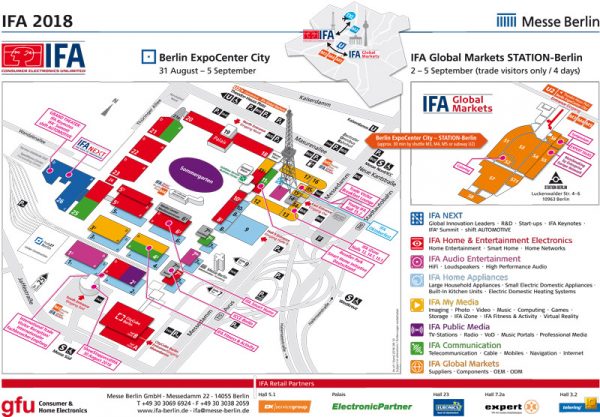 Here are the most important Hardware News.
And here we can discuss about it: IFA 2018 Discussions