If you already had an AM4 system in use, the installation is very easy. Nevertheless you should install the latest UEFI before installing the CPU, if you have a second generation motherboard.

Note that according to AMD only the chipsets X570, X470 and B450 are compatible. Depending on the mainboard manufacturer, there are also beta UEFIs for the X370 and B350 chipsets. Only the A320 is generally not supported!

If you have prepared everything, you only have to plug the CPU into the socket, mount the cooler and then switch on the PC. The CPU change was almost problem-free for us, but more about that. After about 20 seconds without a picture we could have a look into the UEFI and the CPU was recognized properly. 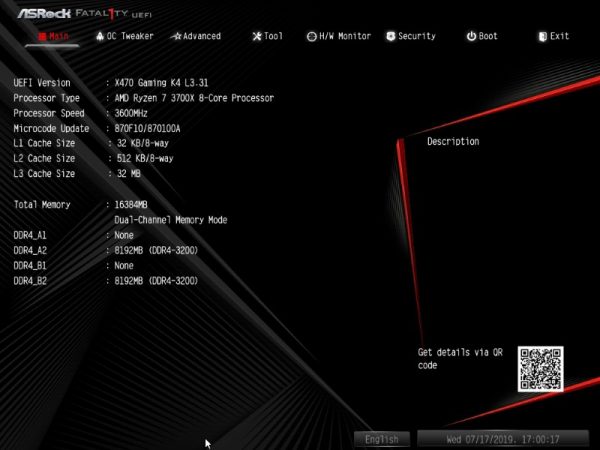 Our test system is arranged as follows:

In order not to be limited by the temperature, we use a custom water cooling instead of the Wraith Prism.

As mentioned above, there was a small problem after upgrading from Ryzen 5 1600X to Ryzen 7 3700X. Our system M.2 SSD was no longer recognized. After various error diagnosis we could solve the problem with an identically constructed SSD. But why the original SSD was not recognized remains a mystery. In another system it did its job normally. After a firmware update of the SSD and subsequent reformatting, it was recognized again.

Is it worth upgrading from AMD Ryzen Gen1 to Gen3?

?
In order to put the Ryzen 7 3700X through its paces and of course to answer the question: “Is an upgrade worth it?”, we have set up a corresponding test course, which both CPUs have to master. For a better comparison, the Ryzen 3700X has to go 2 times, once with 6 cores and once with 8 cores.

For the benchmarks we have decided for the following programs, which you can download on the Download page.

Each benchmark was tested 3 times per setting to avoid measurement errors. The values given below are the average of the respective 3 benchmarks.

Next we go to the measurement results and the overclocking.