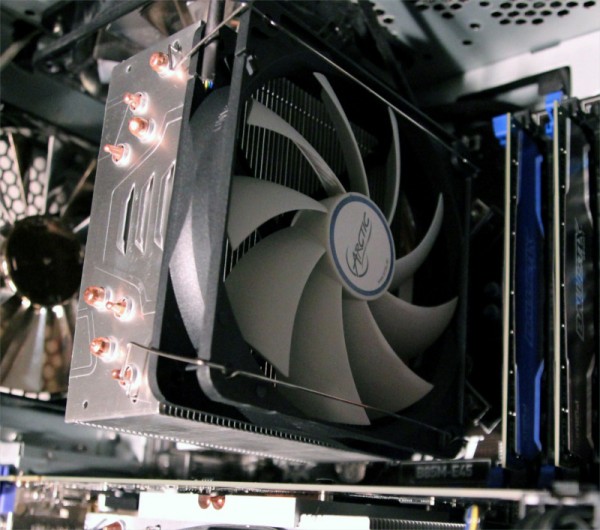 For the purpose of better comparability we did not test the fan in its semi-passive mode, but instead with its lowest speed of 500 rpm. For maximum cooling the fan was fixed to 1350 rpm. Idle testing was done only running Windows and SpeedFan. Stress testing was done by using small-FFT test of Prime95. Energy saving features have not been deactivated in BIOS/UEFI for testing. 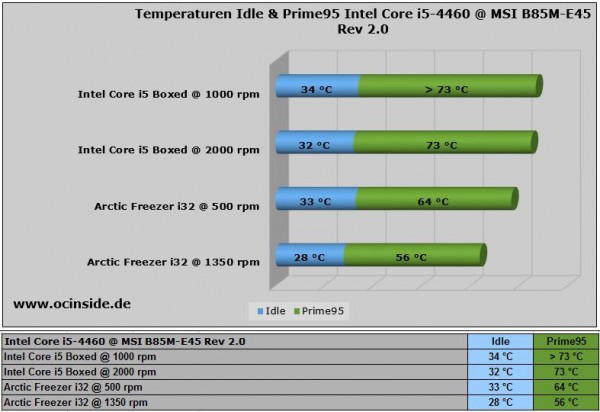 The fan starts to get audible at 900 rpm in our system which is relatively high. Even at maximum speed the noise level stays pleasant.

When tested with out-of-the-box semi-passive mode the CPU reaches 36°C at idle. This is a relatively high value for idle testing, but still absolutely acceptable. Overall we see a big gap between minimum and maximum cooling power. This might originate from the relatively long metal fins, which can provide a big exchange surface given a high enough airflow. This leads to a maximum cooling power that is exceptional for a cooler in this price-range.