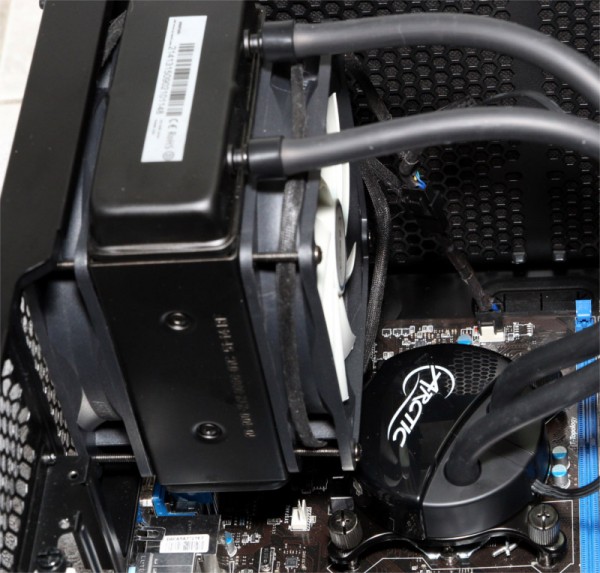 We tested the cooler first in the setup intended by the manufacturer, meaning the pump is connected with the Y-connector running permanently at 5000 rpm. The minimum speed of the pump is at about 1300 rpm but this does not provide sufficient cooling power. Therefore we decided to make another test run at 3500 rpm, which provides sufficient cooling while not being audible outside of the case. 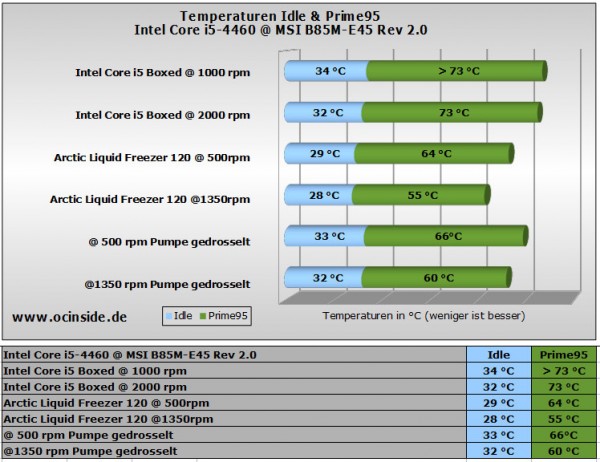 While operating with Y-connector we can hear a high frequency sound which can be located inside the pump. The fans start to be audible at around 800 rpm. At maximum speed you can hear the airflow, but there are no other noises like grinding or clacking.

Overall the Arctic Liquid Freezer 120 ranges between middle class tower coolers when it comes to cooling capacity. But shows a good performance even at low noise levels.

We can give users who prefer a near silent system and have the knowledge to control fans manually the advice to connect the pump to a separate connector to control it with its own temperature curve. Therefore you can keep the maximum cooling potential and still keep the pump silent until this potential is needed.