The ASRock RX 5700 XT Taichi X 8G OC+ has been tested on the following systems:

Here you can find the Benchmark Tools as download. First the card went through the test parcour with default settings at a maximum GPU clock rate of 1955MHz and achieved the following scores … 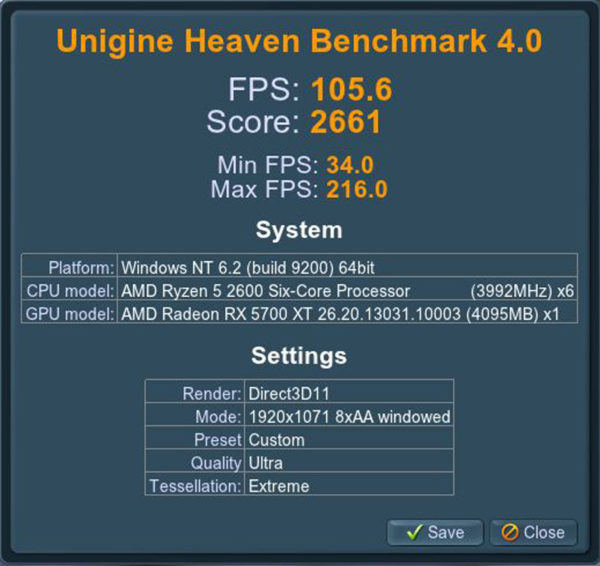 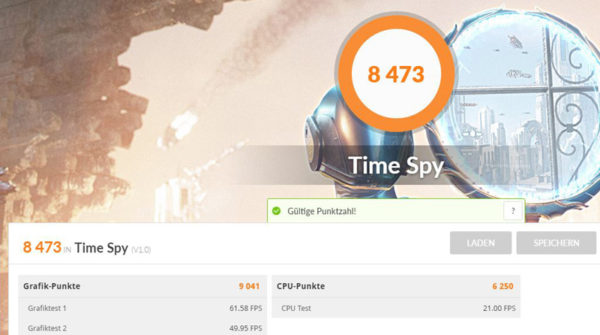 After that we tried our luck with the ASRock Tweaker and could run the ASRock RX 5700 XT Taichi X OC+ stable with the following values and reached a real, maximum GPU clock rate of 2035MHz. 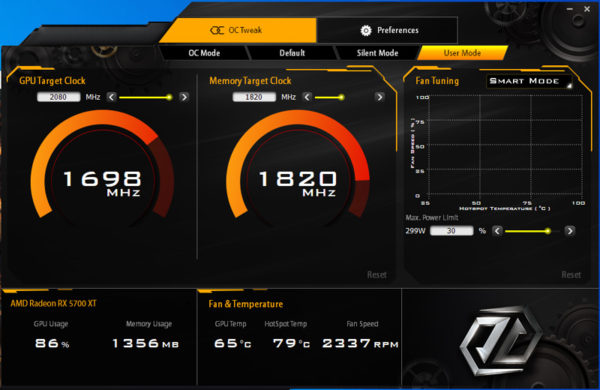 The results of the graphic benchmarks are as follows … 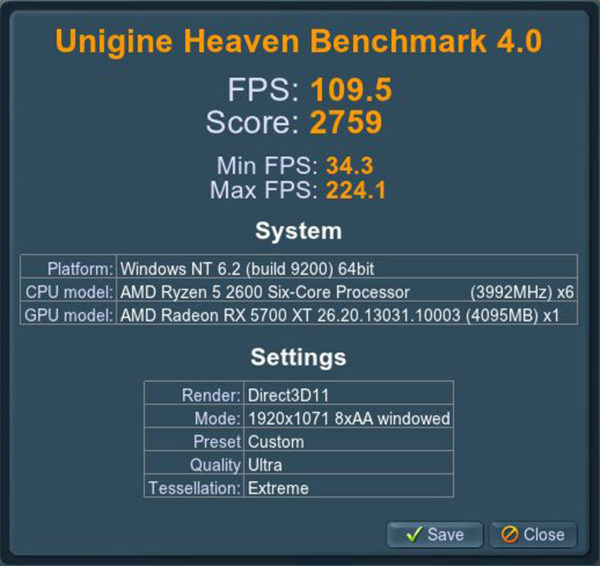 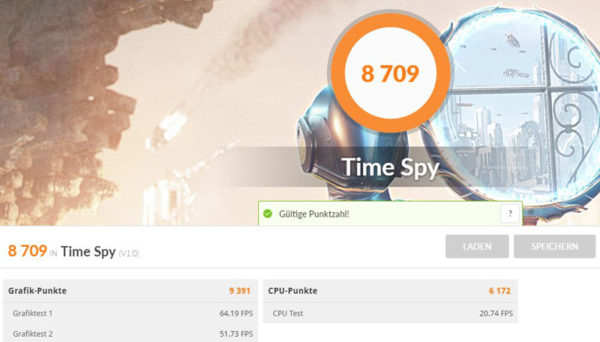 In summary we present in the following table also the temperatures and real clock frequencies determined during the tests as well as the scores of the benchmarks and the percentage increase by overclocking. 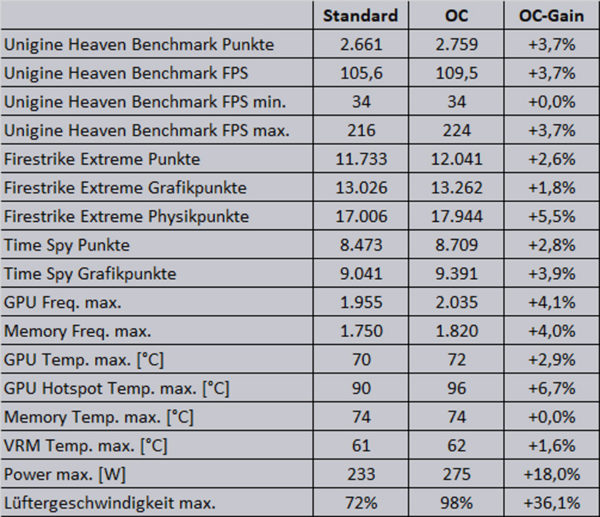 In addition you have to mention that overclocking graphics cards nowadays doesn’t work as “directly” as it did a few years ago. Rather, the OC-Tools are used to set performance limits and target clock frequencies and the card itself tries to generate the optimum performance from these specifications. The most interesting value of all is the GPU frequency. With our specifications Powerlimit +30% and GPU Target 2080MHz we got 2035MHz real, minimal fluctuating GPU clock. An increase of the GPU target didn’t result in a real increase anymore, but a lower target, e.g. 2070MHz, resulted in a lower real clock rate than 2035MHz, despite the same power target. The cooler of the ASRock RX 5700 XT Taichi was probably too weak for a further clock increase, as we recorded a GPU hotspot temperature of 96°C during overclocking despite the fully turned on fan. On the next page we’ll tell you how much current flowed from the socket during the tests.