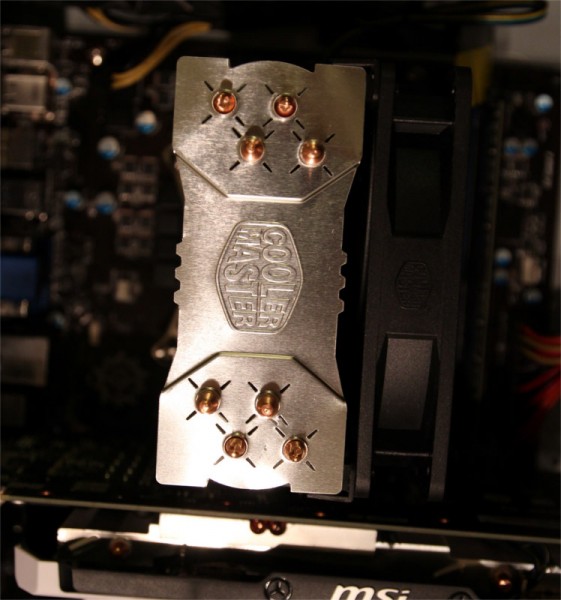 For silent mode the Cooler Master fan was fixed to 600rpm, for maximum cooling the fan has been set to 1800rpm. Idle testing was done only running Windows and speedfan. Stress testing was done by using small-FFT test of Prime95. Energy saving features have not been deactivated in BIOS/UEFI for testing.

In comparison to the boxed cooler of the intel core i5-4460. The boxed cooler could not be tested in silent mode at high loads, as the temperatures exceed the save operating range quickly. 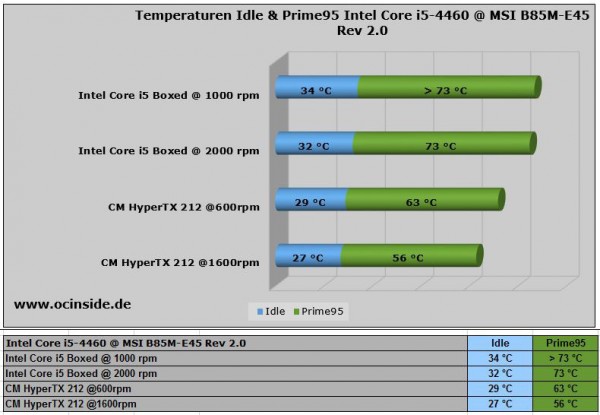 The fan starts to be audible at about 750rpm, at maximum speed its noise not exceptionally loud but has a more unpleasant character than that of other fans. 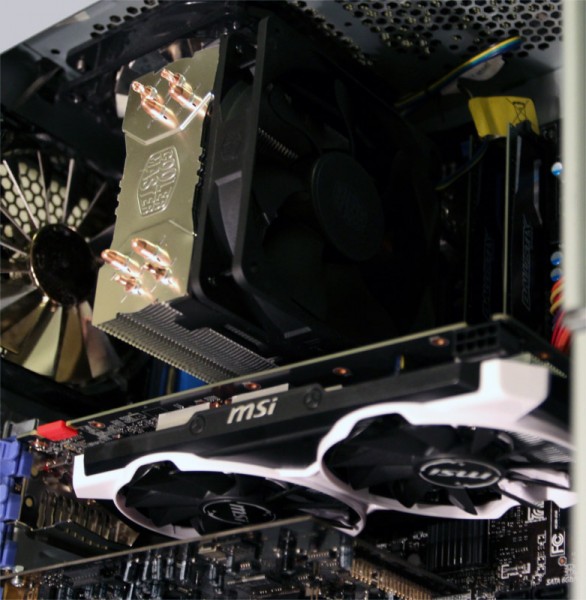 The cooling performance fits the price and the Cooler Master Hyper 212X is a middle-class cooler through and through. A negative point is that the fan gets audible at even a slight increase in speed.

The differences between measurement of the CPU temperature and how to overclock, we’ve written step by step in this Intel Core i3, Core i5 and Core i7 OC Guide.