Now let’s move on to something exciting. What does the working RAM do?

First, let’s take a look at our test system.

Since AMD’s Ryzen from the third generation has a built-in divider for the Infinity Fabric Bus and a lot has been done in terms of memory compatibility, we should not have any restrictions here.

For the tests, we opted for the built-in benchmark (Cache & Memory) from AIDA64. This was repeated three times for each set setting in order to exclude error measurements. By the way, the latest version of AIDA64 is available for download on our server and can be downloaded there at high speed. There you can also find the CPU-Z download. 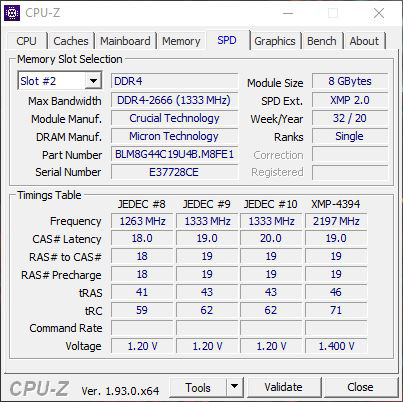 Here is a small note before we start: With our AMD Ryzen 3000 processor, the Infinity Fabric Bus runs synchronously with the RAM up to 3600 MHz. After that, a 1:2 divider is active, so the throughput is basically lower despite the higher RAM clock.

But enough of the many words, here are the results of our benchmarks:

Let’s start with 2666 MHz, the highest clock according to the JEDEC DDR4 standard specification. 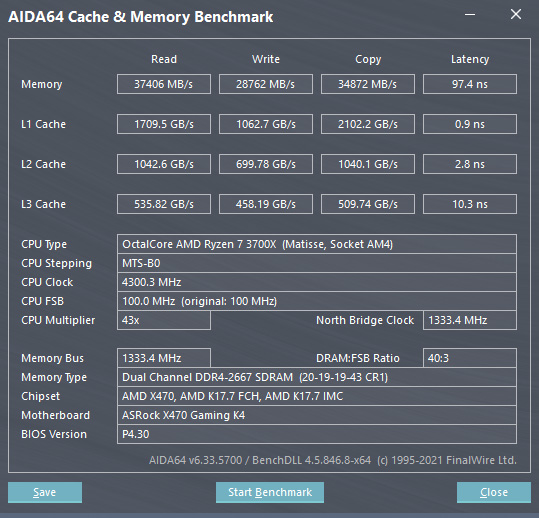 Next, we look at the benchmark of 3600 MHz, which is the optimal clock for AMD’s Ryzen 3000. Here, we immediately notice that the read and copy throughput increases massively. Of course, this results in significantly higher performance in games and applications, as can be seen in many of our tests. 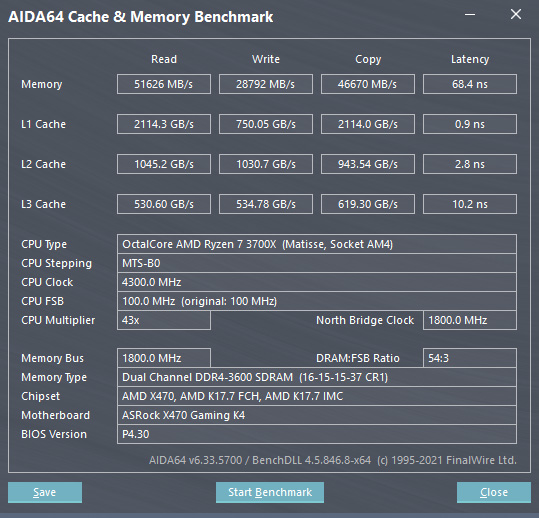 However, since Crucial’s Ballistix Max RAM is faster than the police allow, we load the XMP 2.0 setting for 4440 MHz next. As you can see, the throughput values are all on the same level despite the significantly lower Infinity Bus clock. The fact that it only runs at 1100 MHz, due to the 2:1 divider, can be seen in the L1-L3 cache values. 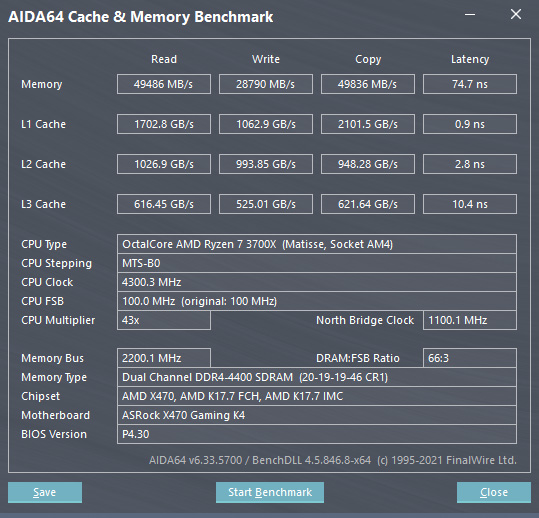 Speaking of faster than the police allow … Of course, we wanted to know what else we could get out of the RAM. After increasing the voltage from 1.4V to 1.5V, we were able to get a clock of 4666 MHz with the same timings. Excitingly, our Ryzen 3700X scales up surprisingly well here, so we can generate almost as much throughput with L1-L3 cache as in the 3600 MHz setting. 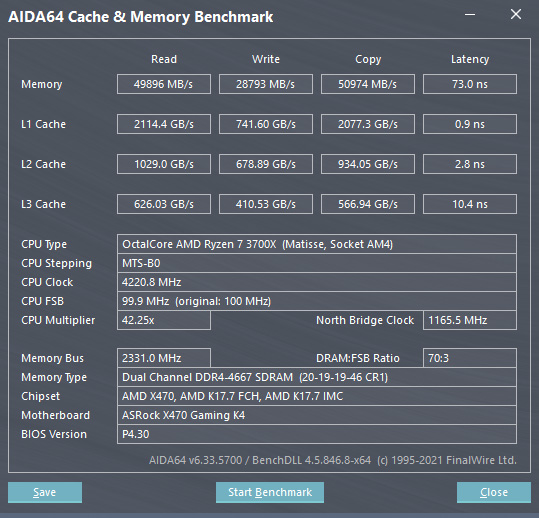 So that you can see everything at a glance, we have of course also recorded the whole thing in diagrams.

The first one shows the RAM throughput of the individual working memory profiles. You can clearly see that crisp timings extract just as much performance from the RAM as pure clock. Especially in read access, the setting with 3600 MHz is on par with the OC profile with 4666 MHz. 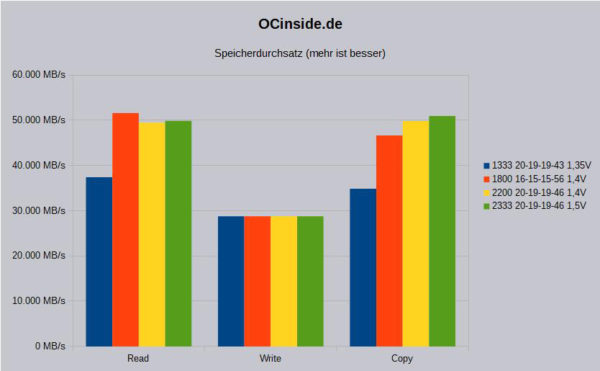 Speaking of timings, we naturally compared them as well. Here, too, you can clearly see that you can score with good timings. This is especially useful when the processor’s RAM controller does not have such a high clock rate. 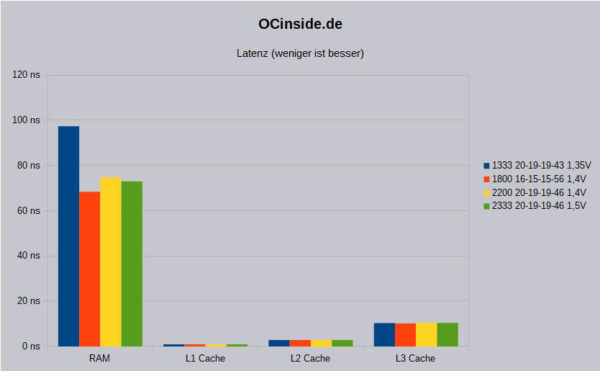 During the test with 1.5V, the DDR4 bars did not get noticeably warmer than under 1.4V. Basically, you should operate the RAM at the frequency that harmonizes best with the respective processor. You can also pull additional performance out of the hat here. Because faster RAM, which is specified far above 3200 MHz or 3600 MHz, usually also manages lower timings, which in turn also promotes the read, write and copy throughput.