Crucial supplies the m4 2.5″ SSD with a short installation guide well padded in a hinged box.

Here is a picture of the Crucial m4 SSD: 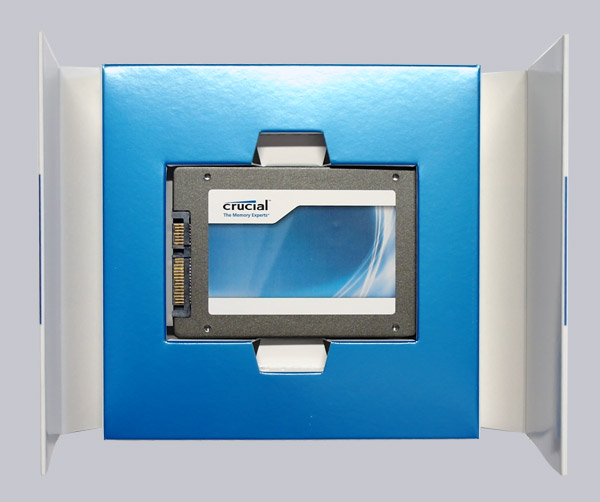 The following picture shows the front of the 2.5″ Crucial m4 256GB SSD, where one can see the SATA3 connections for data and power on the left side. These connections are identical to conventional SATA3 hard disks and this SATA3 SSD can also operate with a slower speed at an SATA2 interface: 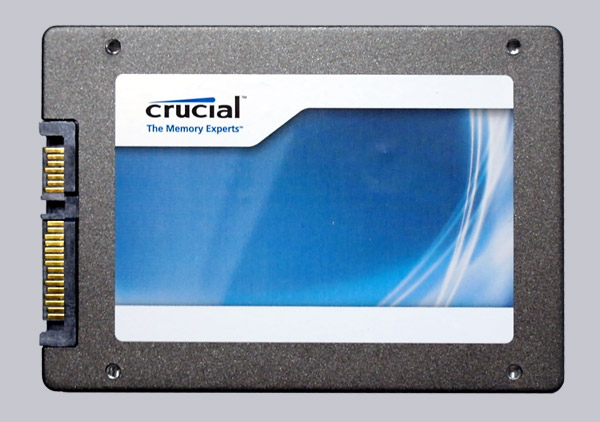 On the flipside one can see the label of the manufacturer Micron with the Crucial CT256M4SSD2 m4 256GB SSD instead of their brand Crucial. Micron call this SSD Micron RealSSD MTFDDAC256MAM-1K C400 256GB SSD: 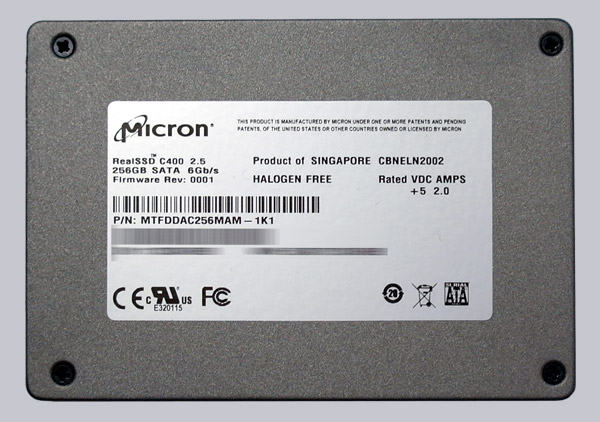 Here you can see a picture of the 8-Channel Marvell 88SS9174-BLD2 Controller ICs and the four of altogether eight 25nm Micron NAND components of the SATA3 SSD with 256GB capacity, whereby the 256MB DDR3 cache can be found on the back side: 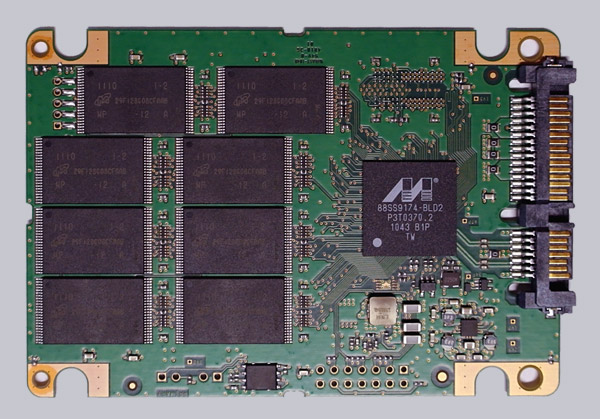 Here is a Snipping screenshot of the CrystalDiskInfo 4.3.0 SSD and HDD information software: 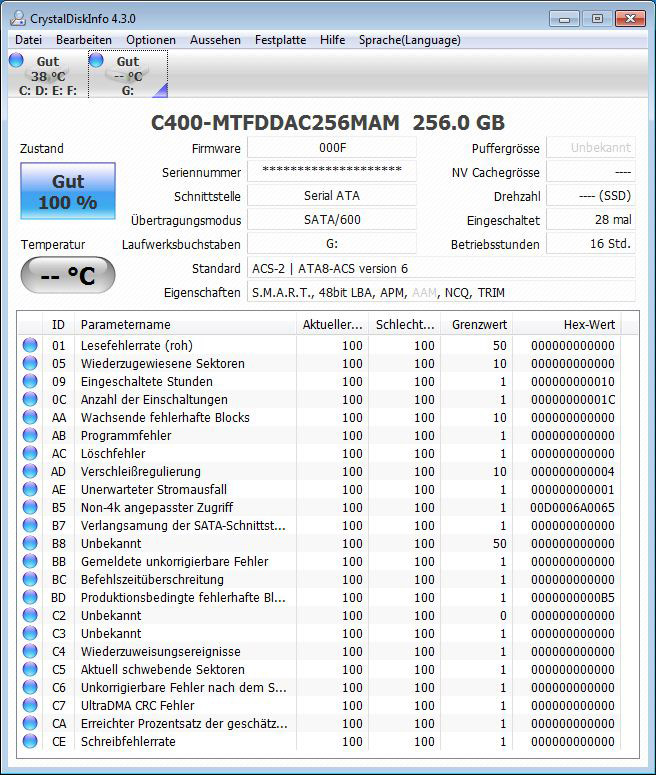 At review date, the company Crucial offered the firmware version 000F for Marvell based m4 SSDs, which offers in comparison to the older versions a higher LPM (Link Power Management) performance without pauses and hesitations with certain host systems, a better stability on heavy load and an improved data protection in the event of an unexpected power loss.

b) With the “Windows 7 Updater Application”: Download the firmware from Crucial, unpack the EXE file to the Desktop, start the firmware update utility, let the system restart, wait until the update is finished and let the operating system restart once again.

We decided for the variant b) and executed the firmware update in Windows 7. Veeeeery important is thereby however that one unpack the file to the Desktop as mentioned in the update guide and do not start it from an USB stick, because otherwise one could destroy the Windows boot files ! In our firmware tests we “managed” this unfortunately once, since the update tool thought that we have the operating system on our USB stick and not on another HDD.