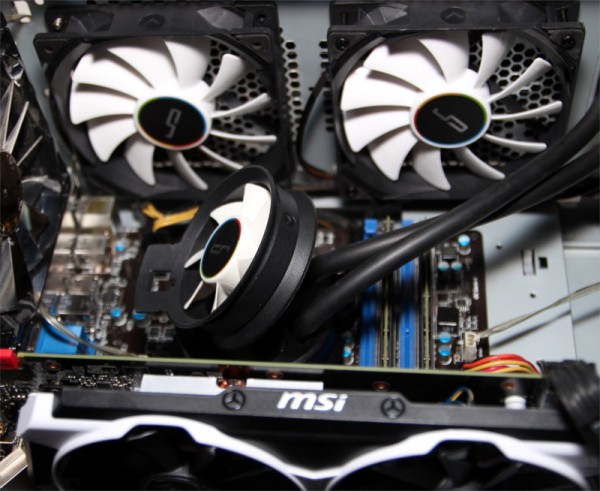 The ambient temperature was at 20°C. The 70mm fan was controlled by PWM signal over Y-cable. The speed could not be readout though.

In comparison to the boxed cooler of the Intel core i5-4460. The boxed cooler could not be tested in silent mode at high loads, as the temperatures exceed the save operating range quickly. 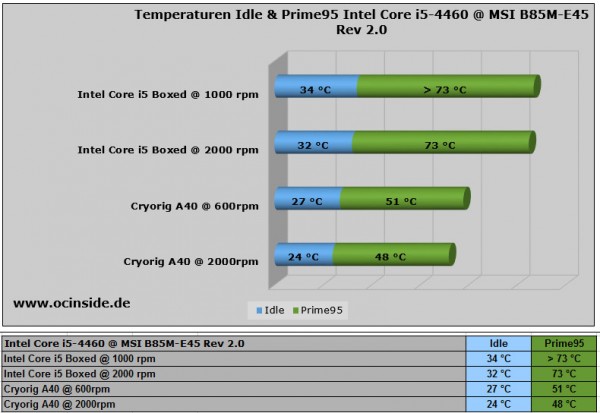 The pump is permanently audible as a soft buzz in our system, but does not stand out unpleasantly. A case with noise reduction might further reduce this sound.

The fans start to be audible at about 900rpm. At maximum performance the noise is rather unpleasant because of the high speed of 2000 / 3000 (70mm fan) rpm.

As expected the Cryorig A40 is superior to the air coolers tested on this system, only the Scythe Fuma could keep up at cooling capacity. For sure this All-in-one cooler has more capacities to cool overclocked CPUs.

The true innovation lies in the additional fan on top of the pump. Because of that we watched the temperatures measured by sensors on the mainboard. At max load and minimum fan speed the sensor showed 38°C, when the fan was set to max speed the value fell to 34°C. 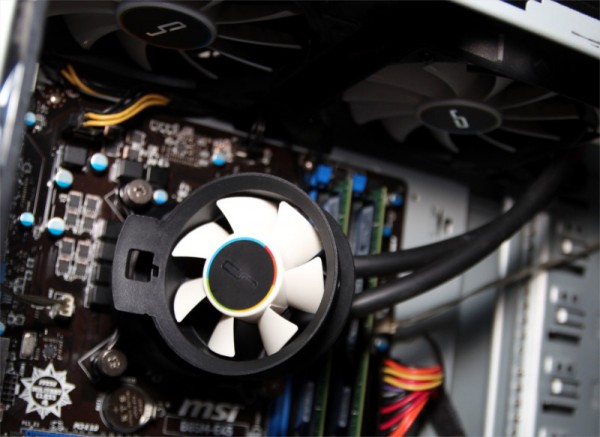 Cryorig A40 result and general impression …