The external appearance of the power supply is hardly different from the previously tested Platimax D.F. 600W power supply. 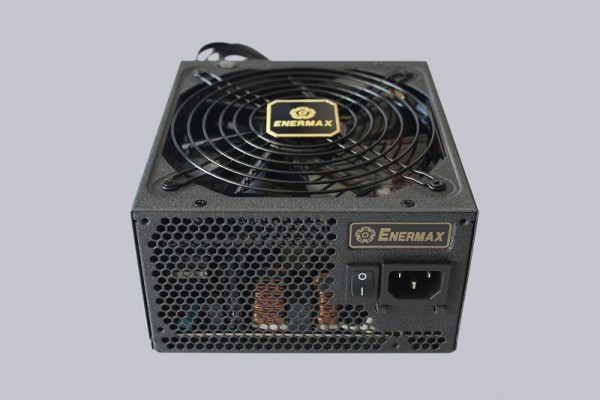 Of course, we don’t want to keep anyone on the rack longer than necessary. Below the socket of the power supply unit, two small eyelets are visible. 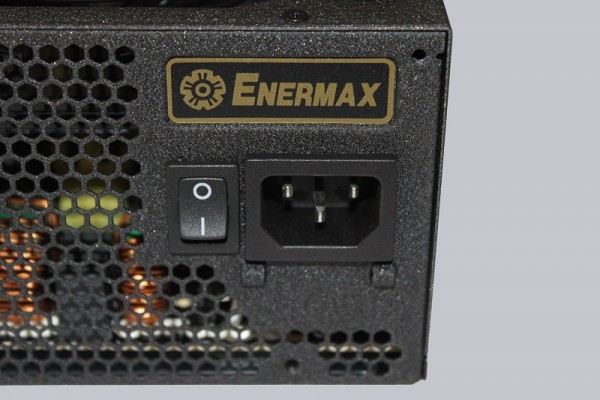 The metal bracket is used there, which serves the purpose of holding the power cable securely in the socket and protecting it from being accidentally pulled out. This principle is called CordGuard by Enermax. 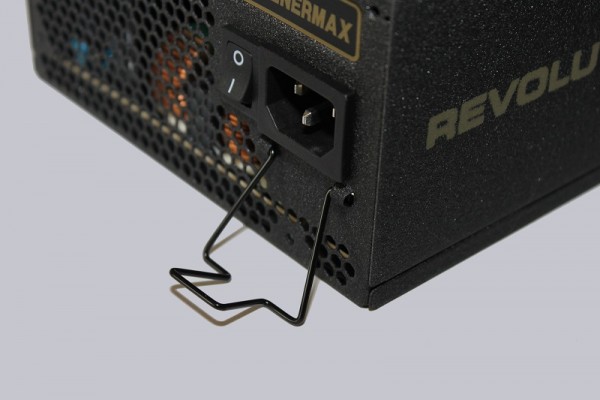 You can argue about the sense of this feature. So far it has not happened to us that we have pulled out the power cable from provided. But having is better than needing. 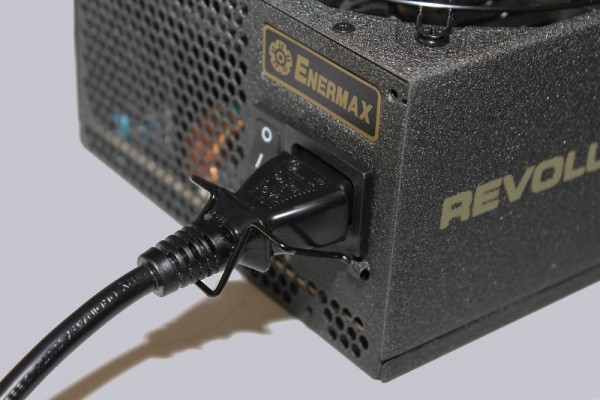 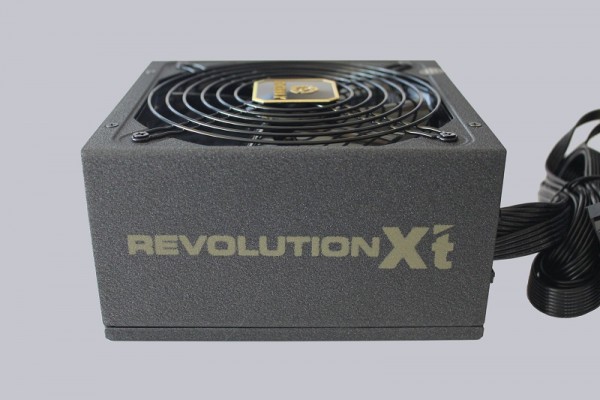 The underside of the power supply presents the most important technical details of the Enermax Revolution X’t II 750W power supply as usual. 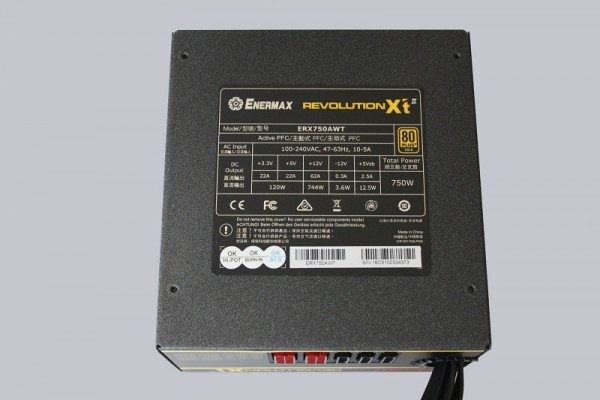 However, the panel was the first time a little disillusioned. There are only three slots for additional devices and two slots for PCI-E connectors on the rear panel. 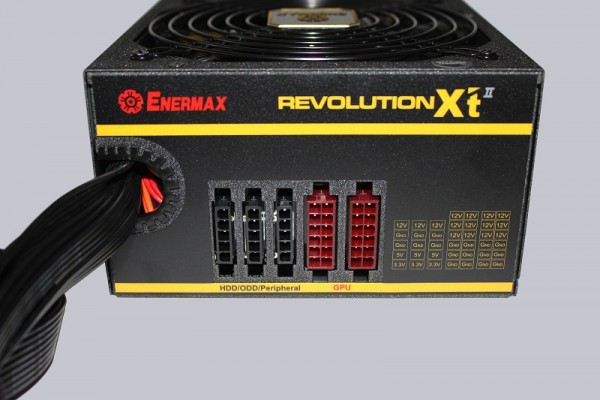 Also the lead-through of the mainboard connection cable and the CPU AUX Power cable doesn’t look so attractive. A rounded cable including a cloth sheathing would have been better at this point. 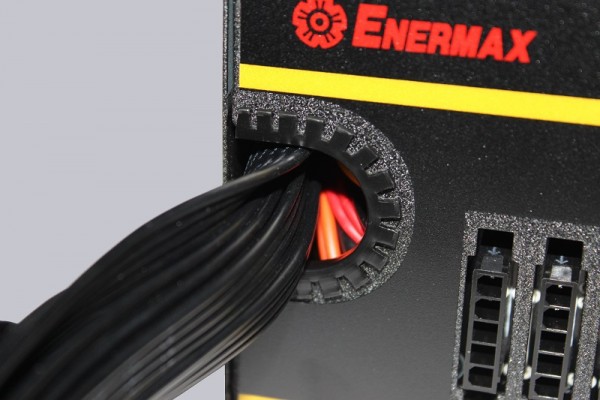 The plugs of the main connections … 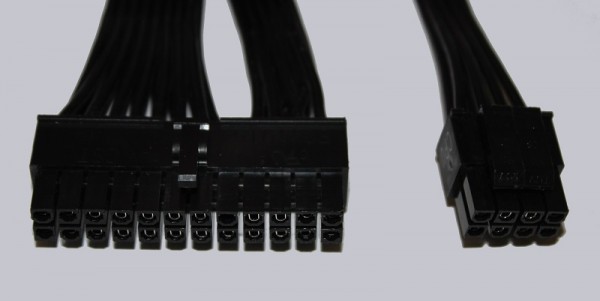 … as well as the connections for drives … 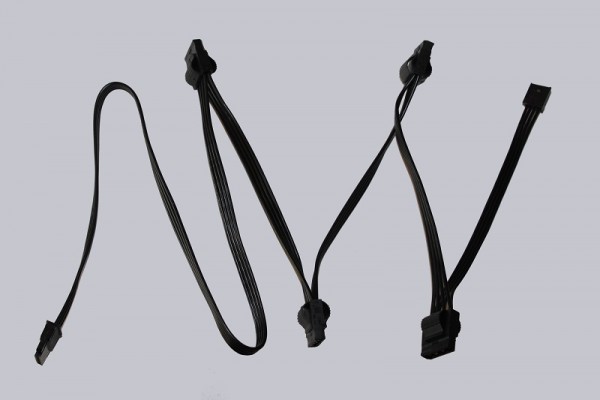 … and the graphics cards have a massive and high quality. 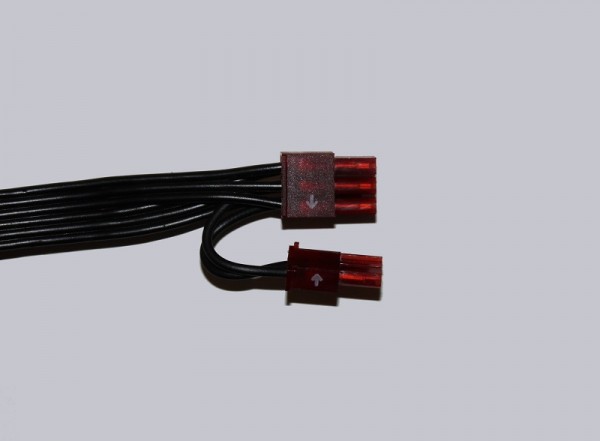 The large fan outlet ensures good ventilation of the components. 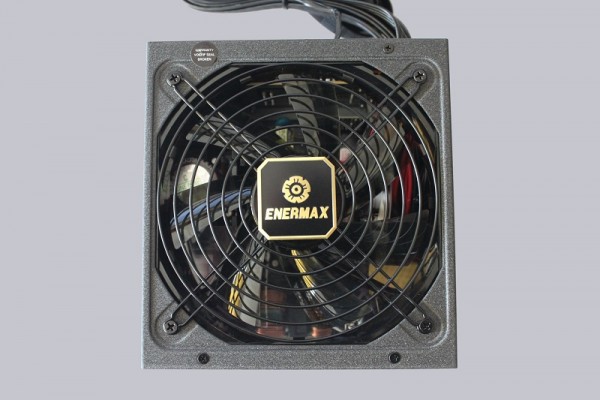 Enermax uses a large mesh grill on the rear side and a function called HeatGuard to transport the warm air out of the housing. After turning off the computer, the fan will continue to run for approx. 30-50 seconds to remove the waste heat from the system. 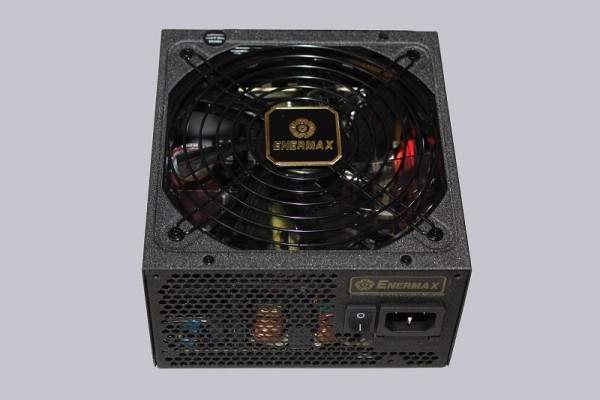 Let’s open the Enermax power supply and have a look at the workmanship.

However, we would like to inform you that opening the power supply is not only dangerous, but also invalidates the warranty. So let’s take a look inside. 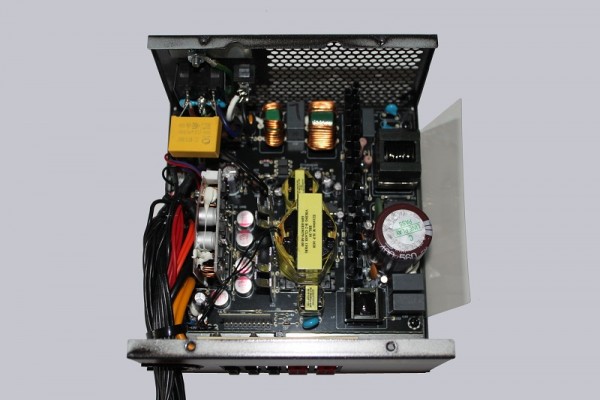 Just like the recently tested Platimax D.F. the Revolution power supply unit has a rather compact electronic design. This is partly due to the fact that the 5V and 3.3V voltages are generated from the 12V rail. It’s easier and cheaper to transform DC voltages than to generate them from an AC voltage. 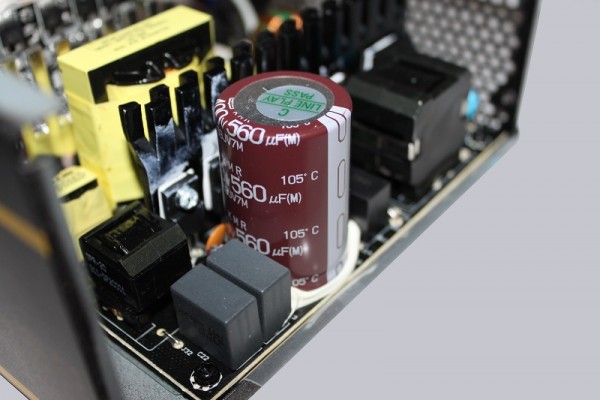 The capacitors consist mainly of the described Japanese capacitors, which are specified with a temperature resistance of 105°C. Otherwise, the workmanship on the inside can be described as good. The coils are reasonably fixed and we couldn’t find any defective soldering points. Replacing the fuse used is not so easy, but if necessary, it is also not impossible. 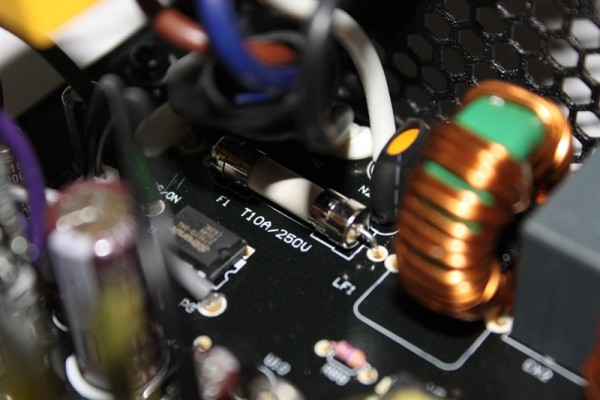 The fan is the Enermax ED142512M-OA model. The patented Twister bearing is designed to achieve a permanently low noise level with a long service life of up to 100,000 hours (MTBF). 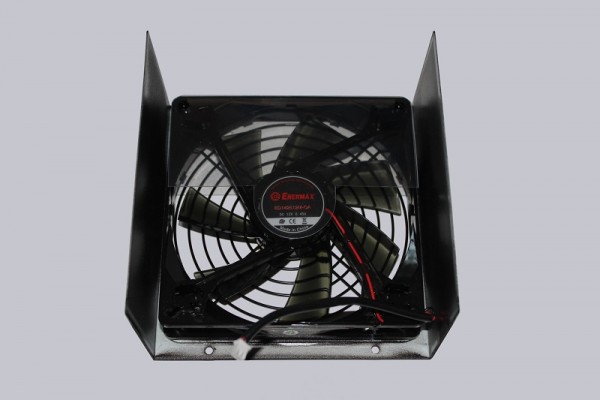 But let’s now come to the practical test, for which we integrate the power supply into our test system.