Since the installation and loading went smoothly, we now focus on data transmission, temperature, volume and hot-plug.

Our test system consists of the following components:

Let’s start the data transfer. Our test course is composed as follows: First, the Test SSD and HDD are connected directly to the mainboard and subjected to a benchmark. As benchmark program we use CrystalDiskMark in version 6.0.0. The two drives are then installed in the removable frame and subjected to the same procedure again.

Here are the values of the HDD when it was connected directly to the mainboard. 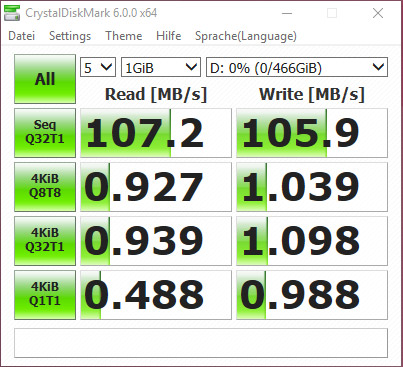 As it turns out, the values in the mobile rack correspond almost exactly to the reference values. 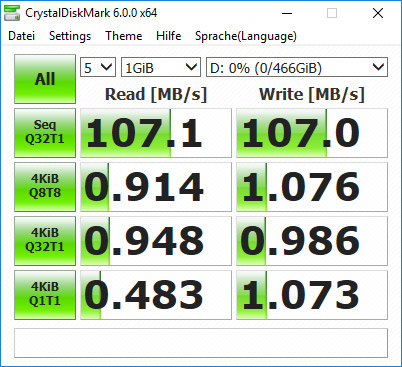 The reference values of the SSD. 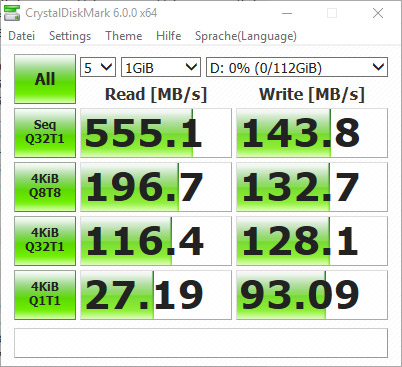 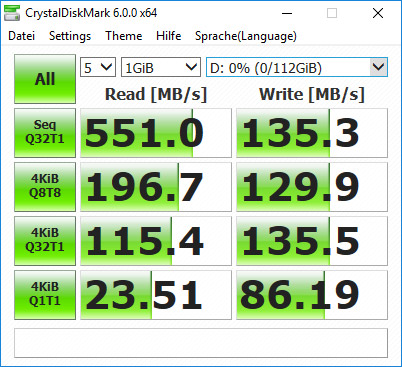 As you can easily see, the measured values are practically identical or within the measuring tolerances. Therefore, there are no restrictions with regard to data transmission.

Next, we’ll look at temperature and volume. We use Heavyload 3.4 to load the drive. The temperature is read out with CrystalDiskInfo 7.6.0.

The stress test is carried out in one piece in the mobile rack. In order to correctly evaluate the performance of the cooling system, the drives are described by Heavyload for 40 minutes until the corresponding load temperature is reached. Then the temperature is noted and the fan is set to 50%. After a further 30 minutes stress test, the temperature is read out and noted again. Finally, the whole thing again with 100% fan setting. During the test, all slots were occupied in order to represent the most realistic scenario possible.

Without ventilation, the two drives reached 41°C/38°C after 40 minutes of stress testing. 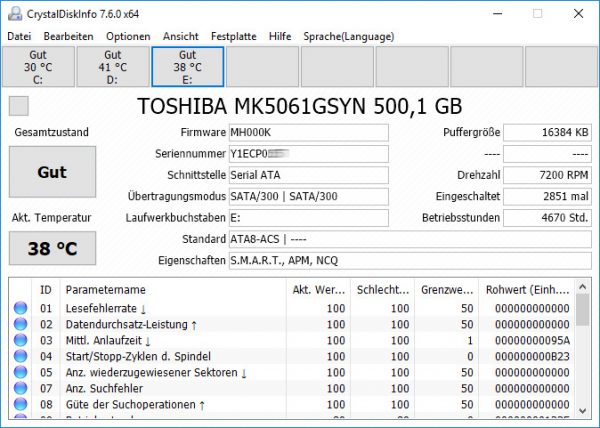 After another 30 minutes stress test, the temperature of the SSD increased by one degree despite ventilation at 50%. 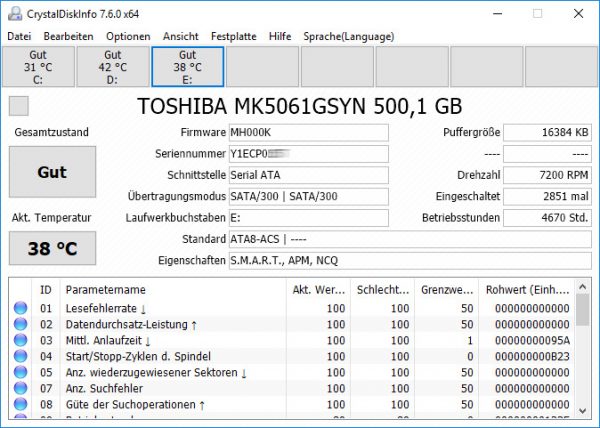 The last 30 minutes with maximum fan setting provided a little cooling after all. 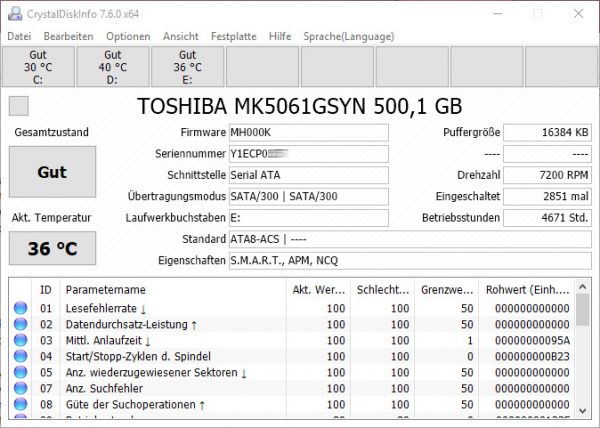 All in all, the temperatures are in perfect condition. You don’t have to worry about the SSD or the HDD. The problem is that the fan has almost no use without maximum speed – and this is very clearly audible.

Finally, there is only the hot-plug point mentioned above. If the motherboard supports this feature, you can press the Eject button and change the drive of the MB524SP-B without hesitation during operation. This worked excellently in our test system.

The nickname FlexiDock fits like a fist to the eye!

Alternatively, you can of course also set the drive “offline” under Windows first and then switch off and change the drive using the power switch on the FlexiDock. This also worked without any problems in our test.