Layout, design and features of the Icy Dock EZConvert MB705M2P-B …

Let’s start again with the U.2 EZConvert, an almost completely black metal case with the Icy Dock logo. 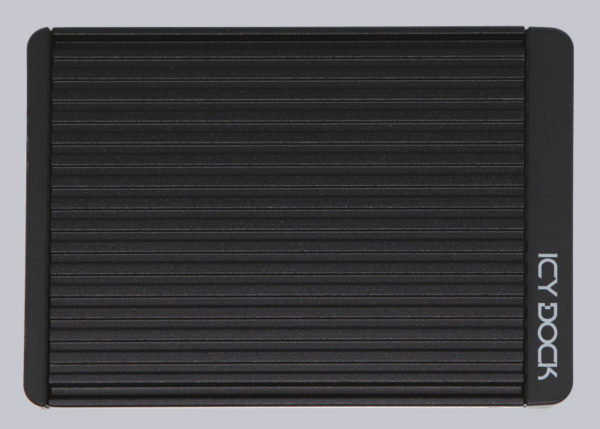 The Icy Dock EZConvert MB705M2P-B basically consists of two metal shells, the lower half of which has a few components, a retaining clip and holes for ventilation. The upper half is simply attached to the lower case half and serves as a large cooling plate of the NVMe SSD via the heat conduction pad. 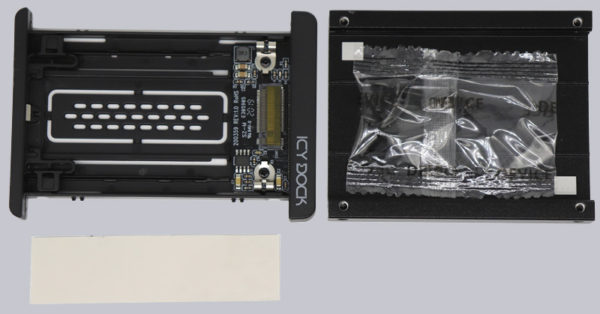 The installation of the PCIe Gen3 x4 SSD, in our case a Crucial P1 1TB M.2 NVMe SSD, is very easy, because you simply insert it slightly angled into the M.2 slot … 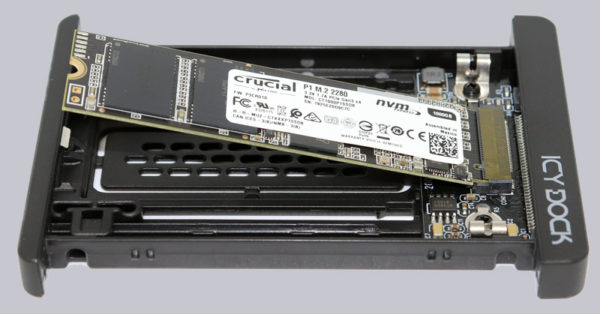 … and the two metal halves can be put together again – it couldn’t be easier! On the following picture you can see the SFF8639 U.2 connector, which looks like a SATA connector, but has additional pins for SAS or SAS4 (SAS x4), SATA, SATAe and ePCIe and supports up to 4 PCIe lanes. 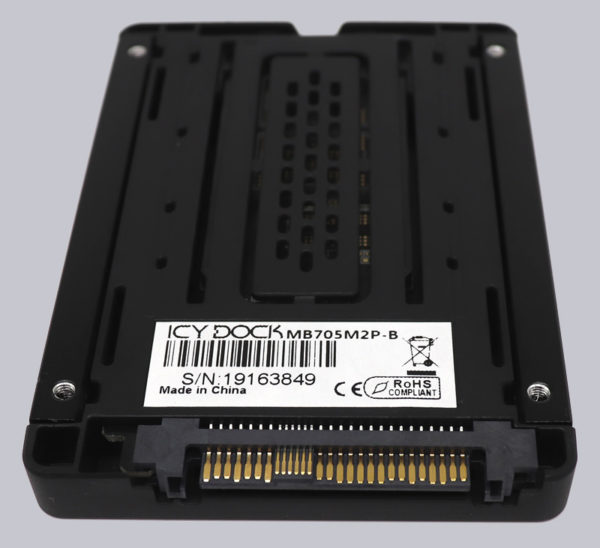 Layout, design and features of the Icy Dock ToughArmor MB601VK-B …

Now we come to the Icy Dock ToughArmor MB601VK-B U.2 Hot-Swap removable frame. 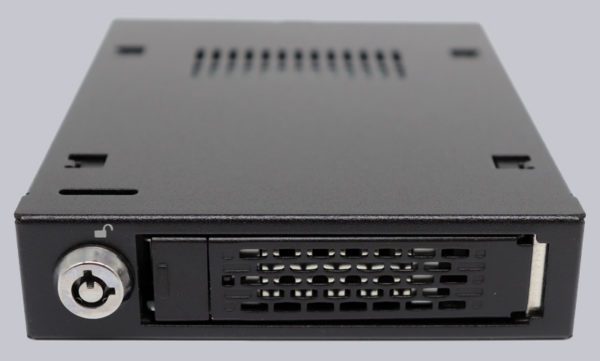 As soon as the lock has been opened using the supplied keys, the removable frame can be opened mechanically with a light pressure on the button next to it. 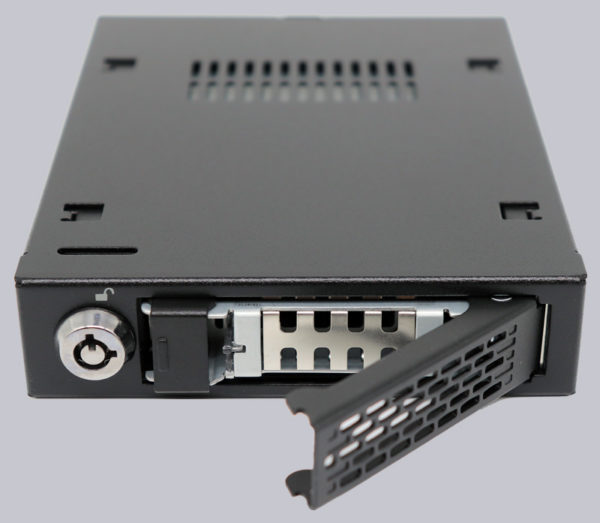 The integrated bay can then be completely removed. 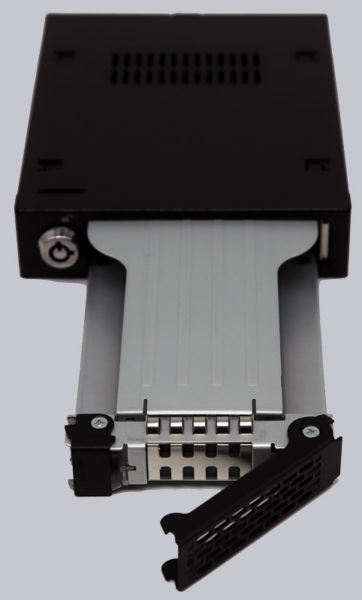 To install the EZConvert together with the NVMe SSD or another standard U.2 SSD like e.g. the Intel Optane 900P SSD (which, by the way, we’ve in raffle until December 22nd, 2019 along with other prizes in the 20 years OCinside.de raffle), it’s simply screwed into the metal frame with the four screws. 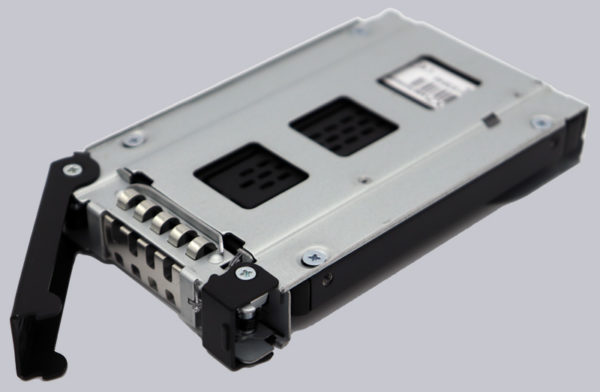 There is a female U.2 (SFF-8639) connector inside the removable frame.

This is just as accurately manufactured as the male SFF8639 U.2 port of the tray.

Now the tray together with the U.2 SSD (or in our case the NVMe SSD in the Icy Dock U.2 EZConvert) is inserted into the bay and closed via the front latch. Nothing rattles there!

Layout, design and features of the ASRock U.2 Kit … 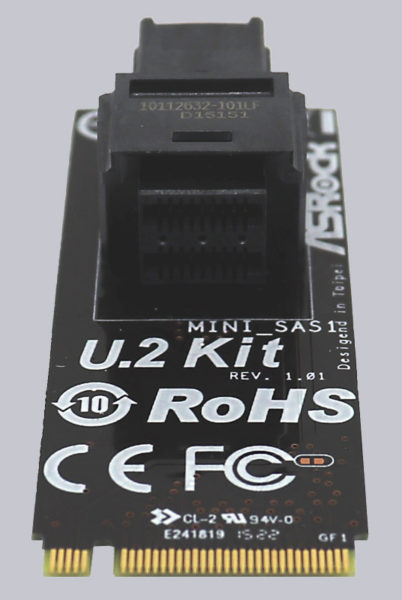 Now only the connection cable is missing, which is called SFF-8643 male to U.2 SFF-8639 female with SATA power. The Delock SFF 8643 U.2 miniSAS HD cable is about 50 cm long and makes a very high quality impression. Unfortunately the price of the cable is also very high, because it costs about 50 Euro.

Altogether, all components make an excellent impression and are absolutely flawlessly manufactured.

Next, we install the Icy Dock converter together with the Crucial P1 NVMe SSD in the ToughArmor removable frame in our U.2 test system.

Icy Dock MB601VK-B and MB705M2P-B and ASRock U.2 Kit Installation and Practical testing …