All benchmarks of this AMD graphics card has been tested with the following hardware and software: 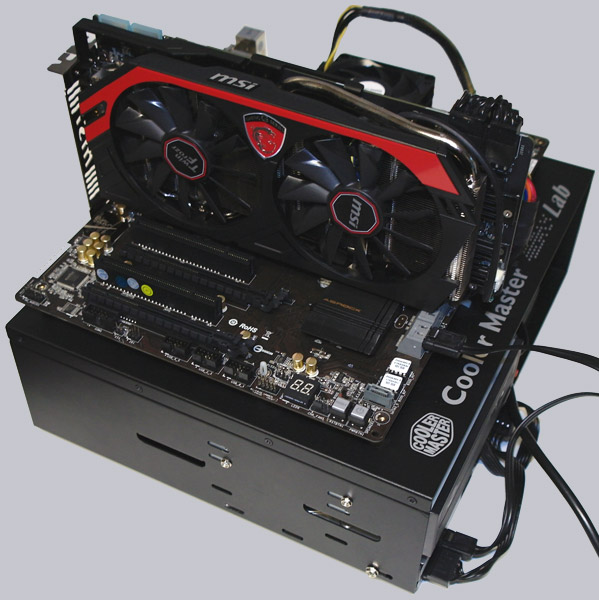 During the benchmark tests, the the MSI Gaming App mentioned at the previous page has been disabled in order to prevent distorted values.

Let’s move on to the 3DMark test “Ice Storm”, which is characterized by a virtual space battle. With the default settings the card reached a 3DMark Ice Storm score of 75186.

That is about half as a lot like at the well 3x more expensive MSI Twin Frozr Gaming GeForce GTX 780 TI OC graphics card with Intel Core i7 2600 K processor and thus absolutely corresponds to our expectations.

Now follow the test “Cloud Gate” in which a virtual Jumpgate catapults spaceships into the final frontier. Also in this test the graphics card achieved a good score of 10811.

We now come to the last 3DMark test, the “Fire Strike” in which an assassination attempt on a creature that might just escaped from Tron happens. 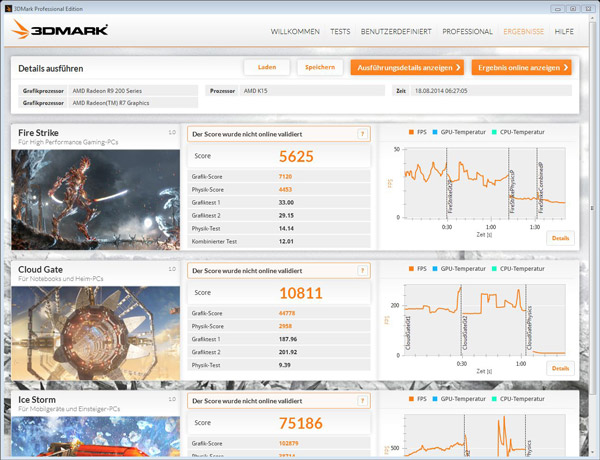 In addition we ran the good old 3DMark06 benchmark which provides a good comparison value of not DX10 capable systems.

Now we’ve set the graphics card by the supplied Gaming App to OC and go through the benchmarks again. With the OC settings of 1 GHz, the card reached in Ice Storm a slightly lower score of 74632 instead of 75186 points. The OC graphics card finished the 3DMark Cloud Gate benchmark now with 10838 instead of 10811 points. And with OC, the video card achieved in 3DMark Fire Strike benchmark 5710 instead of 5625 points. 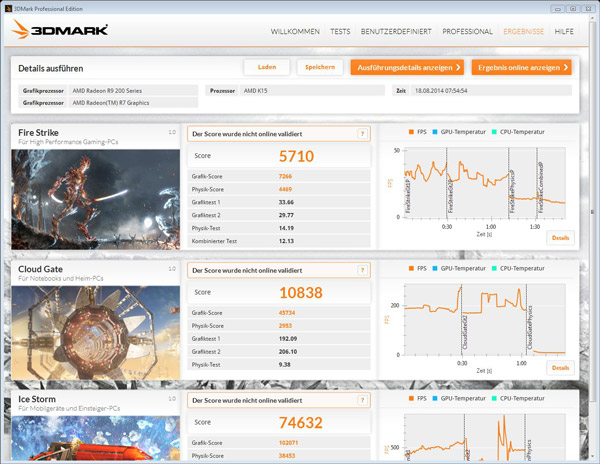 The difference between the OC values and the default values is relatively low, but more was also not to be expected, because the GPU clock was raised only from 972 MHz to 1000 MHz. During the Ice Storm test, the overclocking was because of the tolerance even lower, than the benchmark with default clock rates. Of course, we could have now again go through the benchmark, so that the values are “right”, but in a game you also do not pass an enemy several times, until he is displayed smoothly.

We now take a closer look at the cooling system and the thermal design of the video card. What could test the cooling of a graphics card better than using a tool like FurMark … 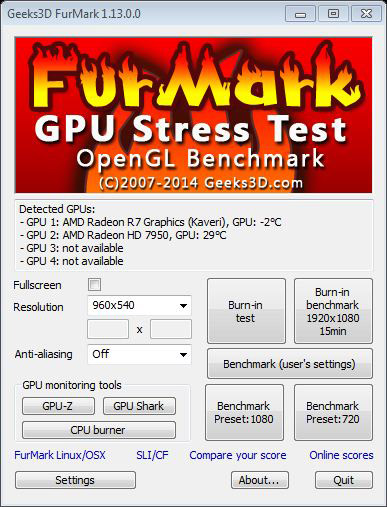 Not without reason there is a warning in the tool to be careful, because after the launch maximum power is thermally and electrically generated, which shows any hardware weaknesses immediately and mercilessly and might result in crashes. We used the default settings and obtained the following results after 15 minutes of burn-in testing: 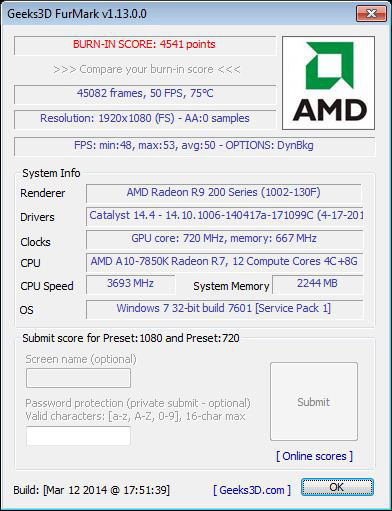 During the burn-in tests you can follow the temperature rise easily, which was increased to a maximum of approx. 75°C, not yet getting noisy fans, but remains pleasantly quiet: 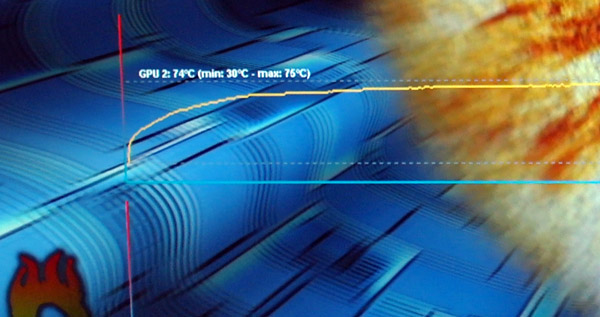 So the MSI Twin Frozr cooling does all the work and cool the graphics card even with heavy load quietly and reliably on an absolutely non-critical temperature.

The PC power consumption is of course not quite unimportant and therefore we consider the power requirements with and without overclocking at all motherboard reviews, power supply reviews and PC reviews for several years. Because at least in the electricity bill, obtained the receipt for a too careless PC planning, such as our PC power cost calculator shows very nice. The MSI Twin Frozr Radeon R9 280 OC Edition Gaming card has in idle mode a low power consumption of just 56.2 Watts for the entire PC. With the OC mode overclocking, the power consumption of the entire PC was in idle 119.5 Watt. Our above listed test system along with the graphics card reached with full load max. 317.3 Watts. In OC mode with an overclocking from 972 to 1000 MHz our PC required with load max. 330.2 Watts.