The Philips P288P6LJEB is really good comparable to the Philips 272GDY we have recently tested on OCInside.de.

The base is of good quality. When setting up we’ve immediately noticed that the monitor started shaking at the slightest movement of the desk. This is of course due to the enormous size that is expected buying a 28 inches monitor that is still bigger than the standard monitor of the average user.

Despite this, the stand also has the ability to adjust the monitor in the height … 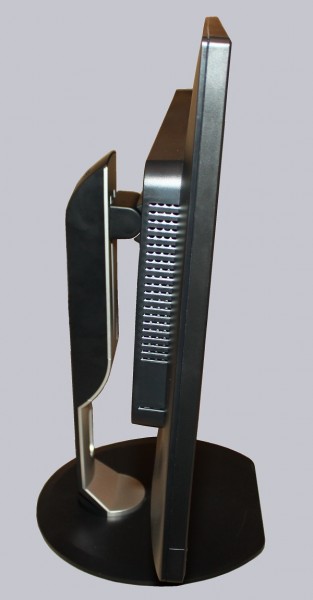 … as well as to change the angle of view. 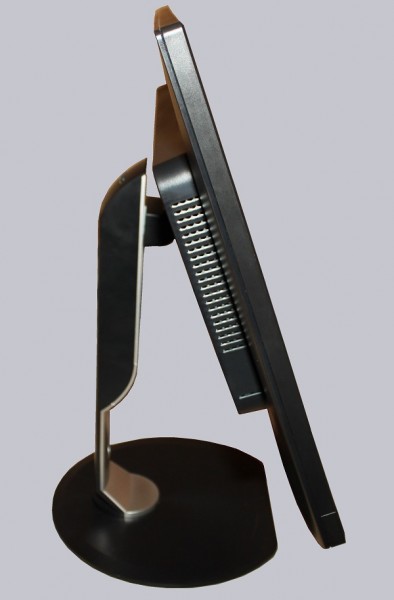 It is also possible to use the so-called pivot function that describes the operation of the monitor in portrait format. This is especially useful to read the newspaper or to edit documents in Word. 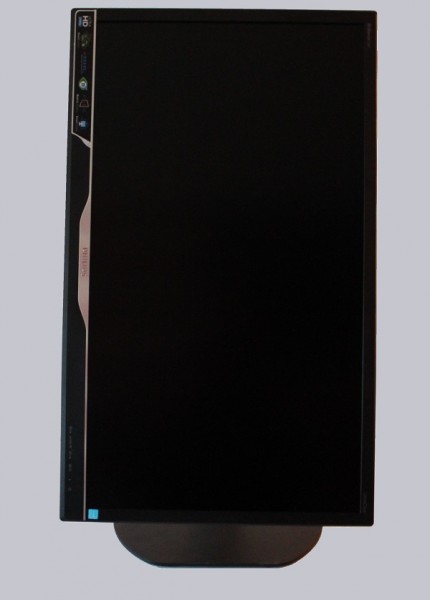 Let us take a closer look at the back. 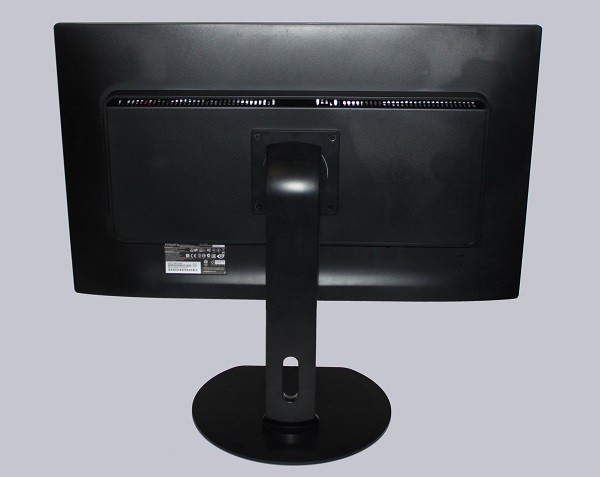 Here are the various connectors you can connect the monitor with the computer or other device. 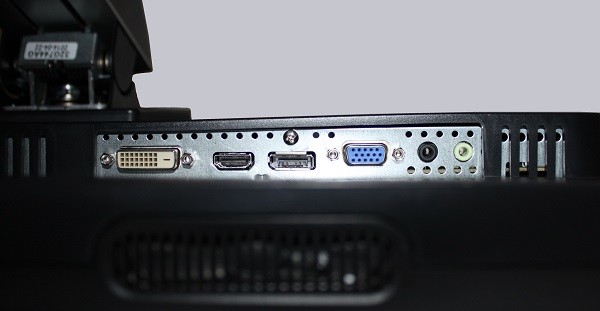 There are also several USB connectors. One of them has even the fast charge ability.

This monitor does not use a IEC cable. Instead a cable, well known from the notebook power supplies, a 3-pole cloverleaf plug was used. Speaking of power supply: Philips has saved a bulky external power supply and made a build-in power supply. 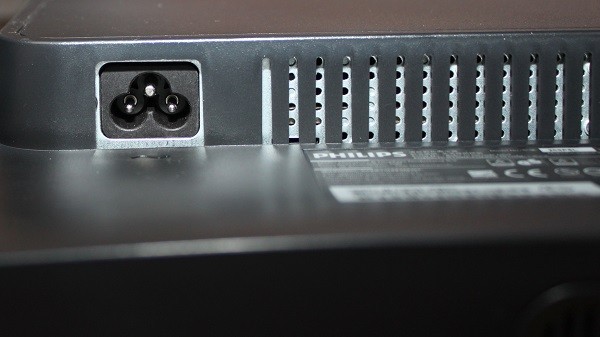 The speakers are mounted left and right behind slats and provide the appropriate sound.

The Monitor has the usual VESA mounting holes, allowing attachment of a wall holder and the associated stability. 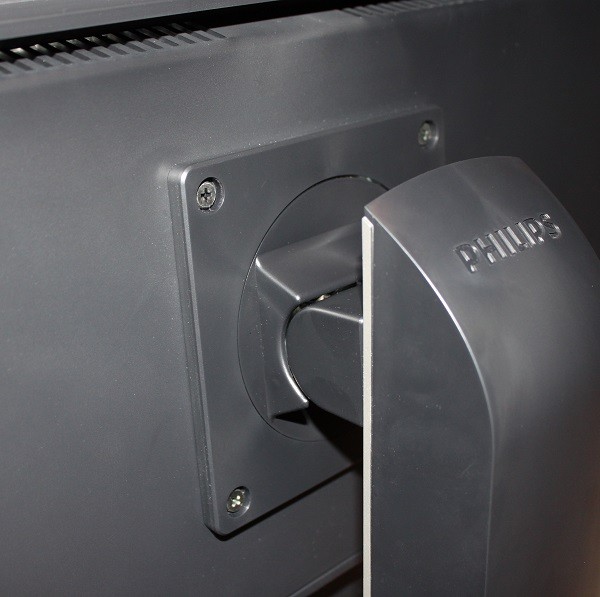 From the front you can see, that the monitor is a really big one with his 28-inch diagonal. However, the monitor has a narrow edge and convince by his simple design. 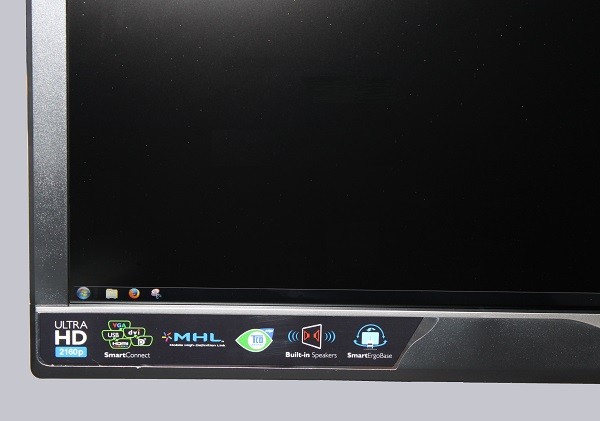 In the lower right corner there is the touch panel, with which you can access and modify the menu functions.

In the first menu we can determine the input signal that the monitor uses. 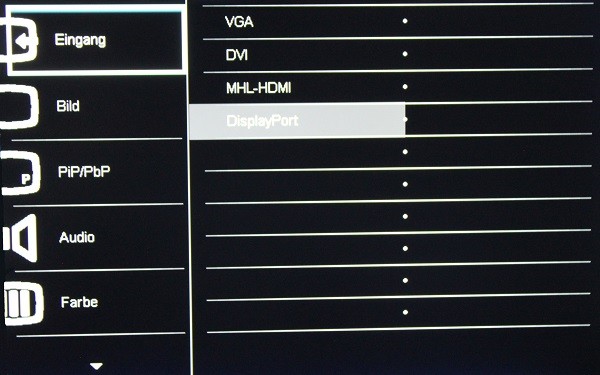 A special feature here: instead of the standard HDMI port an MHL-HDMI port is being written here.

For lack of an enclosed, special connecting cable, we can not present you this functionality at present. A brief explanation, we want to give at this point anyway.

The MHL connection (Mobile High-Definition Link) is a connection between a mobile device (Smartphone, Tablet) and the monitor.

Then Full HD videos can be transferred together with HDCP encryption via this connection. Also, the mobile device with up to 900 mA (MHL 2.0) can be charged. If a remote control is available, you can also use the HDMI CEC control system to control your monitor via the mobile device. This works, for example with the Raspberry Pi with XBMC Distribution very well. The Philips 288P6LJEB itself has no remote control included, so this feature wont work with the Raspberry. It only works the other way around.

Of course, the MHL port can also be used as a normal HDMI input.

As the next menu point we have the picture settings, which can be used according to your needs, to change or adjust the output image. Here the point SmartResponse is particularly important. With it, you can improve within 3 steps significantly the response time of the panel. Turned off, the monitor provides a response time of about 11 ms for black / white shifts. At the highest value, it is then already gamer friendly 4.3 ms black / white. 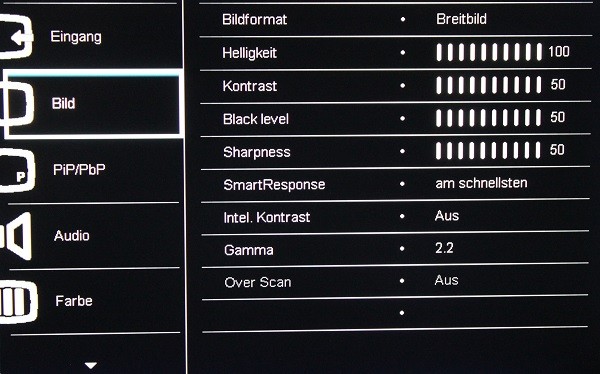 The next menu item contains the well known PiP or Picture in Picture function. Here, for example, can be fed and displayed in a window on the monitor, a television signal via HDMI, while the normal desktop in the background is still visible. Optionally, you can also use half of the monitor for a second signal source to display. This is then called PBP or Picture by Picture. 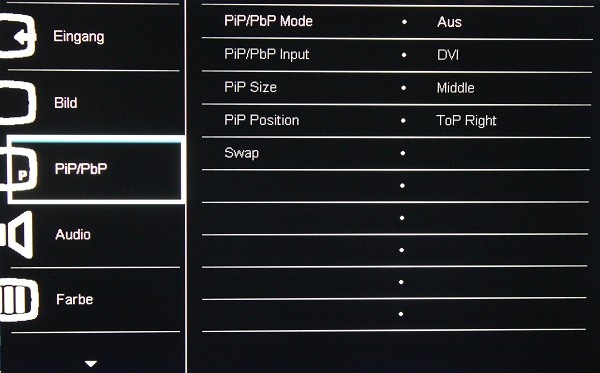 Of course, thanks to the built-in speakers the sound settings should not be missing. Besides the source you can here adjust the volume and mute. 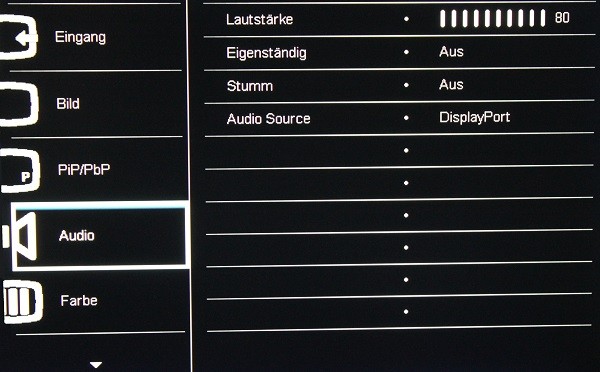 Also, the menu allows you to change the color of the picture. Color temperature and RGB values, gamma, and more can be adjusted here. This should be interesting for users who deal with image processing. 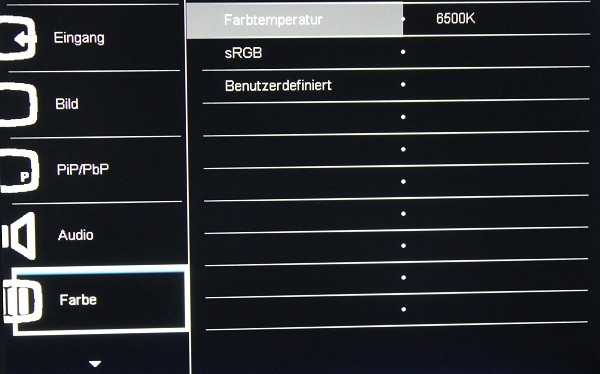 The menu language speaks for itself. 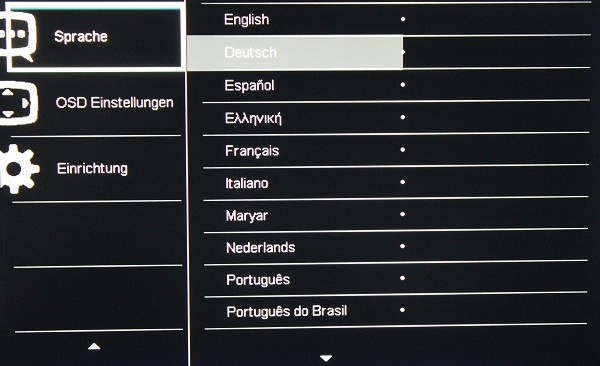 The OSD settings should be well known already. Position, display time and transparency can be changed here. 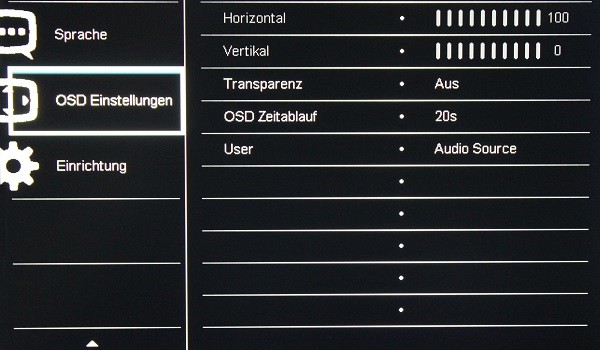 Basically, the times of the old CRT monitors are over. Using older models, you had to adjust from time to time by hand the position of the image on the screen. But the Philips 288P6LJEB also still offers this feature. 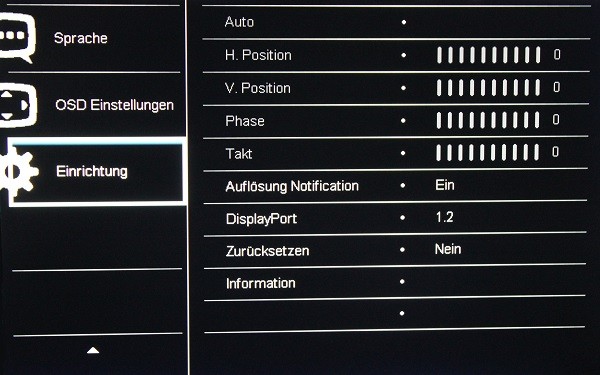 You can be informed about the current resolution and also determine the version of the selected input channel via the Info box.

Finally, you can reset the entire device with incorrect settings to start all over again.

Philips did not implement any “groovy” style elements such as piano paint to the 288P6LJEB. Simple design with very good functionality, more is not needed for a good monitor in our opinion.